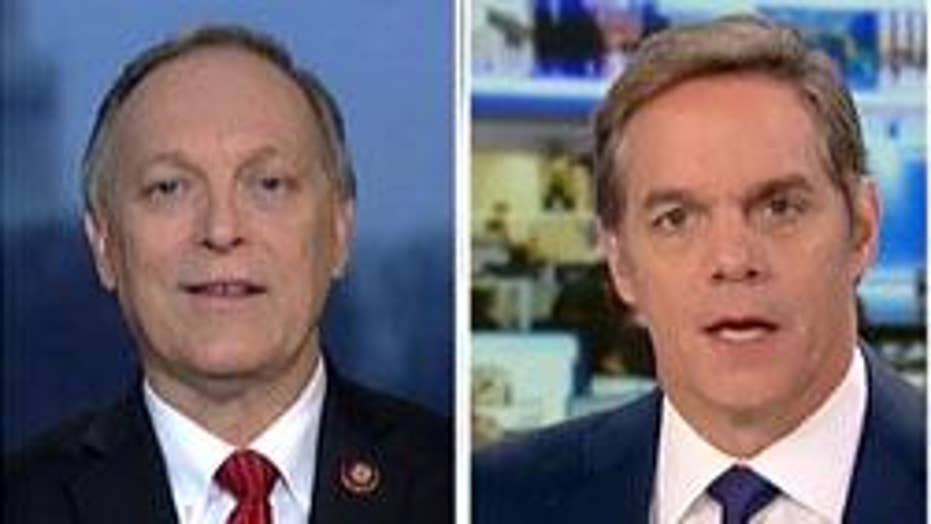 Andy Biggs, House Judiciary Committee, says democrats 'pared down' the two articles of impeachment because they have no evidence

The vote Friday by the desperate Democratic majority on the House Judiciary Committee to adopt two articles of impeachment against President Trump – falsely accusing him of abuse of power and obstruction of Congress – is itself a disgraceful abuse of power.

Democrats have adulterated the impeachment process. They don’t have the facts. They don’t have the law. So they have manipulated the process in an obscene way to advance their obsession to impeach President Trump based solely on their opposition to him and his policies – not because he has done anything wrong.

The three-year Democratic Party attack against President Trump began the night he was elected in November 2016. It has been remarkable for its persistence as well as the duplicity of its proponents.

The Democrats’ case is so thin – based only on rumors gossip, and innuendo – that they are already planning a second impeachment of President Trump after his highly likely reelection. Blind political rage drives them to ignore the facts and press onward with their fanatical impeachment crusade. 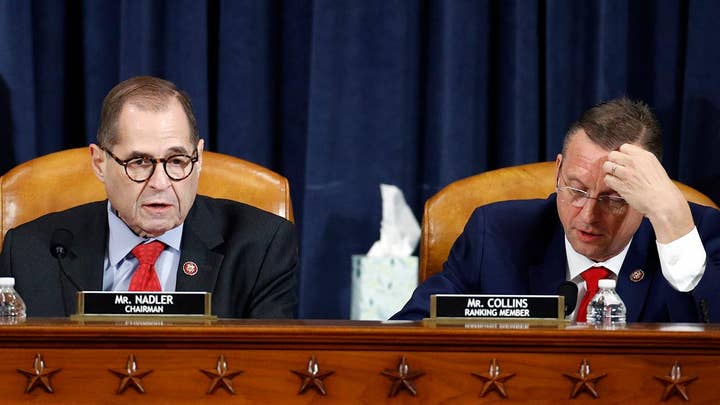 It now looks certain that next week, by closely steering the process through their kangaroo court and disregarding decorum and rules, the full House – controlled by Democrats – will impeach the 45th president of the United States of America without any Republican support.

This is the most partisan impeachment proceeding in American history and is nothing but a slow-moving attempted coup that will end in failure.

The Senate is then expected to hold a trial of President Trump in January, and at that point everyone is in agreement that the president will be acquitted. So the whole politically driven impeachment farce that Democrats are staging will fail to accomplish their goal of overturning the votes of the 63 million Americans who elected Donald Trump our president.

This is the most partisan impeachment proceeding in American history and is nothing but a slow-moving attempted coup that will end in failure.

All Americans should be outraged by the suppression of truth, transparency and due process by the Democrats, who never stop trying to come up with phony reasons to impeach President Trump.

House Intelligence Committee Chairman Adam Schiff, D-Calif., didn’t even bother to show up for a hearing Monday when his report in support of impeachment was presented to the House Judiciary Committee.

Schiff has likened himself to a special prosecutor. If that was the case, he should have been sworn in at Monday’s hearing to present his report, as have previous special counsels. Instead, a House staffer, who was not sworn in to testify, helped to present the report and then sat next to House Judiciary Committee Chairman Jerrold Nadler, D-N.Y., behind the dais for the second part of the hearing.

This impeachment drive by Democrats has been marked by double-dealing, with hidden testimony and hearings behind closed doors. Democrats have selectively leaked their own unflattering conclusions about the president. They have threatened Republicans with ethics violations.

In the most egregious violation of comity, Schiff (or someone on his team) took information received pursuant to a subpoena for phone records and went after a reporter and the ranking member of the House Intelligence Committee, Rep. Devin Nunes, R-Calif.

Because Nunes was not the target of the subpoenas, someone on the Intelligence Committee had to cross-check phone numbers to find the numbers of the reporter and Nunes. This was a clear abuse of power by Democrats.

Without facts or law on their side, Democrats have put forward a ridiculous impeachment effort based on two weak and amorphous counts. They had hoped to have a stronger case but there is simply nothing there.

There are two ways to tell that Democrats have failed in making their case. One is that Adam Schiff refused to testify before the Judiciary Committee, even though he wrote the report calling for President Trump to be impeached. The other is that the Democrats have abused the impeachment process in such an overt way.

The American people elected members of Congress to serve them and build a better future for them and future generations – not to use public office and taxpayer dollars for political gain. It’s too bad that Democrats have been so seized by Trump Derangement Syndrome that they are putting partisanship over patriotism.