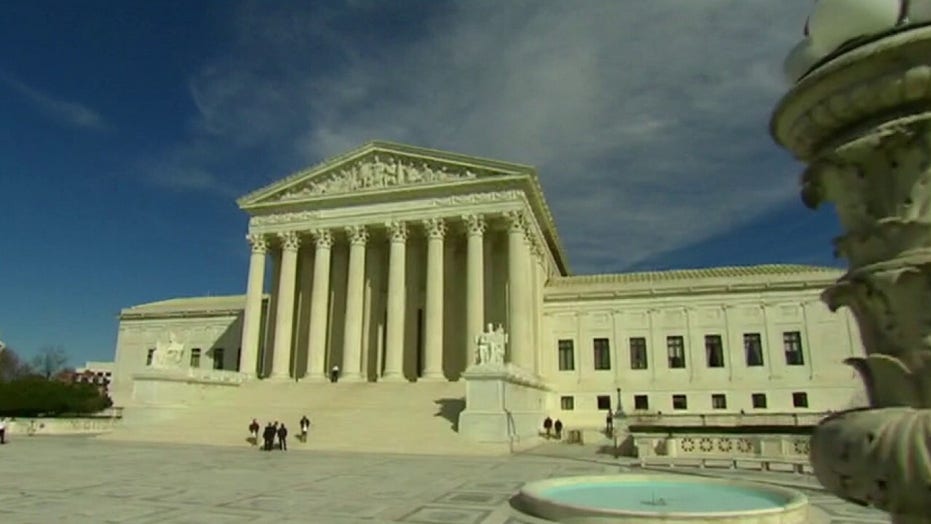 The U.S. Supreme Court’s decision invalidating President Trump’s reversal of former President Obama's DACA executive order was a victory for the illegal immigration lobby, but a stinging blow to common sense and the rule of law.

The grounds upon which the Roberts Court made this decision were ridiculous. The court stopped short of saying that Obama‘s edict was proper, but struck down Trump's reversal because, supposedly, it did not express an adequate rationale for its order.

“We do not decide whether DACA or its rescission are sound policies," Roberts said. "We address only whether the agency complied with the procedural requirement that it provide a reasoned explanation for its action. Here the agency failed to consider the conspicuous issues of whether to retain forbearance and what if anything to do about the hardship to DACA recipients."

There was indeed – in plain sight – a rational basis for reversing Obama’s ruling. It was illegal. That’s all we need to know.

How do we know it was illegal? Obama himself said so on more than 20 different occasions. In May 2011, the former president admitted he could not “just bypass Congress and change the (immigration) law myself. ... That's not how a democracy works."

There was no further explanation needed by Trump other than this: My predecessor implemented a blatantly illegal executive order that unilaterally halted enforcement of laws passed by Congress, and further illegally bestowed upon individuals living in the nation illegally the right to obtain working papers, in direct contravention of federal law. Because President Obama’s order is illegal I am reversing it. PERIOD.

In the court’s prime Dissent, Justice Clarence Thomas nailed it.

“The majority does not even attempt to explain why a court has the authority to scrutinize an agency’s policy reasons for rescinding an unlawful program under the arbitrary and capricious microscope," Thomas said. "The decision to countermand an unlawful agency action is clearly reasonable. So long as the agency’s determination of illegality is sound, our review should be at an end."

Roberts and the court’s liberals have no place weighing in on whether Trump's order would inflict hardship on DACA recipients. Frankly, that is none of the court's business. That is for Congress to decide.

This is another quintessential example of an interventionist, overreaching court making law rather than interpreting law. If the justices don’t like the status quo, they should implore Congress to act, not take matters into their own hands.

As Justice Brett Kavanaugh noted: “That uncertainty is a result of Congress’ inability thus far to agree on legislation, which in turn has forced successive administrations to improvise, thereby triggering many rounds of relentless litigation with the prospect of more litigation to come,"

This is another quintessential example of an interventionist, overreaching court making law rather than interpreting law.

Roberts clearly did not want his court to be the one shedding the protections from deportation that the Obama edict put forth.

But it’s not as though the striking down of Obama’s decision would have led to mass deportation of DACA youth. The federal government has a hard enough time deporting murderers.

The stripping of the Obama order would simply have placed the matter back into the hands of Congress and provided the president with additional leverage to finally get the type of immigration enforcement measures that are so desperately needed in what has become a quasi-borderless nation. Trump has already signified his intent to not only prevent deportation of DACA youth, but to actually provide them with citizenship.

But, he wasn’t just going to give it away. He, understandingly, wanted to first make sure that localities ended their illegal sanctuary city policies, implemented E-Verify, ended chain migration and to put in place a barrier at the southern border to prevent the problem from continuing in perpetuity.

Roberts’ DACA decision is so bewildering because it contradicts an earlier holding that struck down Obama’s Deferred Action for Parents of Americans and Lawful Permanent Residents program, or DAPA, which sought to grant amnesty and work papers to 4 million older illegal aliens, who were parents to their American born children.

That  4-4 split decision was rendered in the midst of a vacancy created by the death of Justice Antonin Scalia. If that Roberts Court held that Obama lacked authority to grant working papers to older illegal aliens, how could it not hold the same for those undocumented of a younger age?

The Fifth Circuit Court stated that the president's unilateral decision not to pursue deportation "does not transform presence deemed unlawful by Congress into lawful presence and confer eligibility for otherwise unavailable benefits based on that change."

Thursday’s decision is yet another attempt by Roberts to shoehorn his legal opinion to rationalize his predetermined personal view on the matter. He seems more concerned about the image of the court than in following the law.

The chief justice did the same thing with the Affordable Care Act. Roberts did not want his court to be the one that kicked millions off of Obamacare, thereby earning the wrath of the media and academic elites. So, he concocted a theory that Congress can impose mandates on the people that would ordinarily not be permissible, so long as they taxed those who did not comply. He was the lone “conservative “ justice who took that view.

“We are presented, in other words, with an explanation for agency action that is incongruent with what the record reveals about the agency’s priorities and decision-making process,” Roberts wrote. “Accepting contrived reasons would defeat the purpose of the enterprise,” he added.

How is it proper for Roberts to be injecting himself into the heads of administration officials as to whether they had proper motives for their actions? Either the actions were proper or they were not. If they were proper, it’s case closed. Move on.

It is becoming more and more apparent that Roberts holds a grudge against the president that emanates from Trump’s harsh attacks against previous decisions that did not go his way.  Politicians can bloviate. Members of the Supreme Court are supposed to be the grownups. They’re not supposed to allow their emotions to dictate their decisions. They’re supposed to follow the law. The Roberts court is having a tough time doing so.