All across America over the past year, a growing army of concerned parents has been rising up to take a stand against political indoctrination in the classroom.

Through training and curriculum, educators and students are being inundated with left-wing politics and malicious concepts which deliberately pit Americans against one another.

As an historian, I believe deeply in teaching young Americans about their nation’s history -- that includes our mistakes and shortcomings. But it also includes our heroes and values. The glorious revolution in human freedom and equality that began in 1776 remains a work in progress even today.

Teaching honest history is not about prompting second-graders in a class read-aloud to actively differentiate the characters in a book by race, as one educator in Connecticut was told to do. That teacher recently resigned in protest. Teaching honest history is not making high school students play "privilege bingo" to better understand their supposed unearned advantages over other students, as happened in Virginia. One such unearned advantage listed was being a "military kid."

This is why restoring honest, patriotic education is so important. It’s about telling the full story of America.

This isn’t about "teaching racism" or "teaching history." This is about teaching ideology – and thankfully Republican governors and legislators around the country are not sitting idly by and doing nothing. According to a recent report, GOP state lawmakers in January alone filed 56 bills to ban critical race theory in schools and other institutions. Anyone who doubts if this is what the American majority wants needs look no further than Gov. Glenn Youngkin’s come from behind victory in Virginia.

One governor who deserves particular attention is South Dakota’s Kristi Noem, who is emerging as a real national leader in the fight against classroom indoctrination. 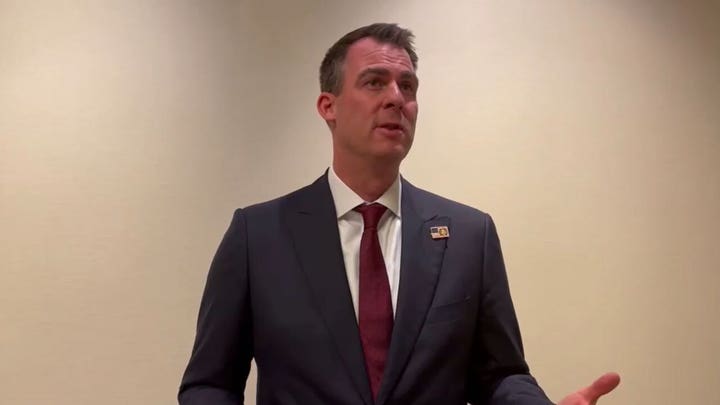 On Wednesday, Gov. Noem introduced some of the broadest protections for students in the entire country. If adopted by the state legislature, Noem’s plan may very well become a national model. As of now, only Texas has enacted legislation banning CRT and action civics in its K-12 public schools.

While it is less well known, action civics is a key battleground in the left’s assault on our schools. It is designed to indoctrinate our youngest students into political activism. The idea behind action civics is to give students course credit for participating in protests and advocacy campaigns which overwhelmingly support left-wing causes. So, CRT makes students hate their country, then action civics turns them into foot soldiers for the Woke Revolution.

Noem’s legislation follows the Texas law in banning CRT and action civics, but it goes one step further. The proposed legislation also bans the promotion of CRT in the training and orientation for students and employees in higher education. Colleges and universities still would have robust academic freedom protections, but Noem’s legislation strikes an appropriate balance, protecting robust dialogue in the college classroom while still preventing the practical imposition of CRT.

After becoming the first candidate in the country to sign the 1776 Pledge last year (sponsored by 1776 Action, and now signed by at least 400 other candidates and officials throughout the country), Noem is now taking practical action. If she is successful in shepherding this legislation into law, it would be a masterstroke for her – and more importantly, a huge win for students in South Dakota who deserve to learn free from toxic left-wing political activism.

As they did in Texas, critics of Noem's legislation will claim such laws are "whitewashing history" or "banning books." Don’t believe them for one moment.

America’s big government socialists have wedded themselves to the false, destructive ideology that their own country is systemically evil and racist. Rather than working to build an America in which one’s future is defined by merit and character, they are promoting education materials and rules that encourage students to see race in every facet of their lives.

This is why restoring honest, patriotic education is so important. It’s about telling the full story of America. We should be grateful that leaders such as Govs. Noem and Youngkin understand the stakes and are willing to act. Every American should hope they and other leaders across America succeed in this important mission.

Our next generation must understand the bravery of George Washington and the brilliance of Thomas Jefferson. Likewise, they must understand the selflessness of Rev. Martin Luther King Jr. and the steely resolve of Rosa Parks. Regardless of the left’s lies, all these heroes fought for the same fundamental vision –"one nation, under God, with liberty and justice for all."