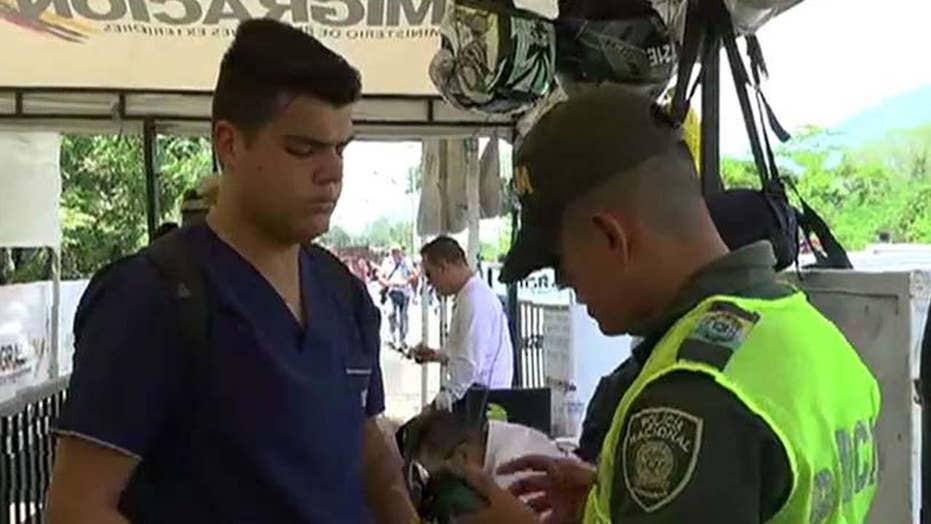 Venezuela is on fire.

The country's collapse under President Nicolas Maduro is now considered to be the worst in decades. Opposition leader Juan Guaidó’s deputy remains in prison following his detainment just weeks ago. Millions of refugees, meanwhile, have fled the country for nearby Colombia, where life is far from perfect. Peace talks in Norway are ongoing, but unlikely to accomplish their goal.

There are many variables that led to this horrific chapter in Venezuela’s history, but before we dive into the what, we need to discuss the how.

In 2012, the Venezuelan National Assembly -- under Hugo Chavez’s dictatorship -- enacted the “Control of Arms, Munitions and Disarmament Law” in an attempt to “disarm all citizens.” The law explicitly banned the exchange of firearms and ammunition to all with the exception of government entities.

After the ban, gun store owners were restricted to selling fishing supplies. Any type of weaponry (even a slingshot) was prohibited, while airsoft guns and BB ammunition were reserved for military officers and police.

This is no coincidence: An excessively empowered government means a depressingly disempowered citizenry -- in South America and beyond.

With disarmament, all hope was vanquished that the people of Venezuela would be able to protect themselves from the horrors soon to unravel.

As one Venezuelan teacher, Javier Vanegas, put it, “Guns would have served as a vital pillar to remaining a free people, or at least able to put up a fight. The government security forces, at the beginning of this debacle, knew they had no real opposition to their force.”

In April 2017 alone, nearly 200 anti-Maduro protesters were killed by their own government. Since then, we have seen countless instances of the Venezuelan police using violence against pro-democracy protesters, from shooting them in the streets to running them over with armored vehicles.

But the consequences of Venezuela’s gun control campaign extend far beyond rampant police brutality. Indeed, rather than creating the egalitarian utopia former President Hugo Chavez once promised, the disempowerment of the population has stratified Venezuelan society into three distinct classes: the government, the well-connected criminals, and the victims.

And the victims are suffering. Defenseless and unable to fight for a better existence, Venezuelans must cope with an epidemic of violent crime, a broken healthcare system, systemic mass incarceration, and a grim economic future.

With the rise of communism, life in Venezuela is now defined by the exploitation of the weak, unarmed citizenry at the hands of the government and criminal classes.

As it turns out, one place where one can find guns is outside of the hospitals -- in the hands of the police. There, armed guards stand armed with high-powered rifles, ready to neutralize any meddlesome journalist who may wish to document the heart-wrenching conditions inside. That is because one-third of all patients admitted to Venezuelan public hospitals die there, often from otherwise preventable diseases and infections.

Moreover, because most surgeons can no longer afford basic medical equipment such as gauze, bandages, and stitches, many patients have to bring their own, which they must first purchase at overpriced rates from government-owned pharmacies.

Those too poor to purchase surgical equipment from the pharmacies must resort to the underground market, managed by the very criminals terrorizing their neighborhoods, looting their homes, and murdering their loved ones.

If not in a hospital, prison is a common destination. Today, 55,000 Venezuelans are incarcerated, while the country’s prison system is designed to hold a maximum of 20,000.

Yet, even with such a hyper-inflated prison population, fewer than ten people are prosecuted for every 100 murders across the country. Instead, while murderers and thieves roam the streets, untold thousands of nonviolent gun owners are put behind bars, sentenced to as many as 20 years for violating Venezuela’s draconian gun laws.

To top it all off, the economy is suffering. Once the wealthiest country in South America, Venezuela has plunged into depths deeper than the Great Depression. Many of the country’s residents can no longer afford everyday goods like bread, flour, rice, and sugar.

The status quo is an untenable one and will be difficult to change. With no firearms at their disposal, the Venezuelan people have little power against the heavily armed government. This inequity of power sustains Maduro’s reign of terror -- and with it, the agony of millions.

Therein lies the lesson for U.S. policymakers. The consequences of gun control run far deeper than either side of America’s gun debate cares to admit. We all need to learn from Venezuela’s example and shape our public policy accordingly.

Gun control legislation might seem like an easy answer when tragedies force us to passionately look to politicians to do something, but history repeats itself time and time again.

Venezuela's disarmament reminds us of a key American principle: An armed citizenry is the greatest defense against a tyrannical government.

Cliff Maloney serves as the president of Young Americans for Liberty.