Former secretary of state weighs in on foreign threats facing the U.S. on 'Hannity'

The Biden administration’s mounting Afghanistan, immigration, and spending woes threaten to obscure its failure to hold Beijing accountable for the deceptions that sped the spread of SARS-CoV-2 into an unsuspecting world.

Yet, as widely acknowledged, we ignore at our peril the Chinese Communist Party’s (CCP) staggering wrongs. Prudence requires America and its allies adopt a more responsible and comprehensive course.

The CCP’s cover-up continues as do the mounting costs to Americans this past week surpassing 700,000 deaths.

The loss of American credibility following the Afghanistan debacle heightens the urgency for an American response to foreign bad actors, and Americans should demand one.

For over 40 years, the U.N.’s International Law Commission studied international cases on just these principles. 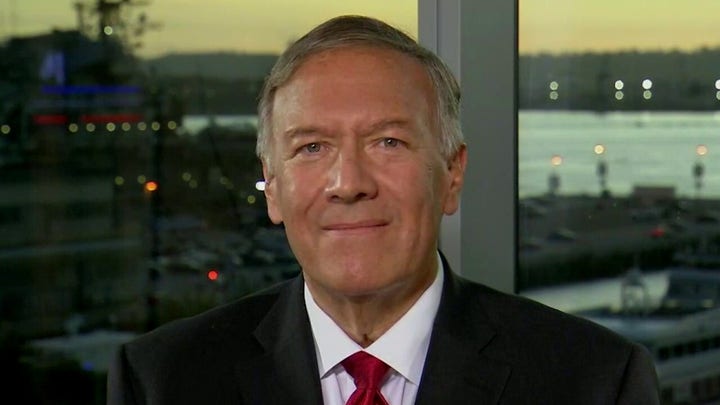 In 2001, the Commission captured its holdings in its "Articles on State Responsibility for Internationally Wrongful Acts."  The U.N. General Assembly, with China’s support, promptly commended this effort.  American and foreign courts have approvingly cited these standards and the Articles hundreds of times.

These established international principles hold a state liable, for example, even if local officials perpetrated the wrongs.

The loss of American credibility following the Afghanistan debacle heightens the urgency for an American response to foreign bad actors, and Americans should demand one.

CCP responsibility only increases for its continuing efforts to deceive the world.  If, as we believe, it recklessly engineered the virus and allowed its escape, International law provides an enforceable remedy for their evil.

The need to hold Beijing accountable for its misdeeds has been building for years; the CCP’s defiance of its SARS-CoV-2 responsibilities magnifies the stakes and immediacy.  As the CCP ’s economic and military might gains on the US, Beijing grows more brazen.  In recent months, a CCP-guided publication threatened Japan with nuclear annihilation and dismemberment. In violation of international obligations, Beijing accelerates efforts to extinguish Hong Kong’s freedom, militarize illegal South China Sea bases, and weaponize unfair practices to dominate trade and supply chains.

REP. GALLAGHER: THIS SHOULD BE BIDEN'S 'SPUTNIK MOMENT' ON CHINA AGGRESSION

Extensive PRC investments – for example, in its dual circulation model, Belt and Road Initiative, and sanction-proof digital Yuan – further that worrisome aim. CCP General Secretary XI has defiantly proclaimed that a wall of steel faces those in Beijing’s way.

So far the democracies have not imposed costs for CCP wrongs greater than the benefits Beijing derives. Such forbearance has not slowed and may have paved Xi’s aggressive ways.

Recognizing the PRC as an ill-intentioned state, the democracies should not be tolerant of wrongs that fuel its rising aggressions.  The PRC claws for such advantages.  The CCP’s SARS-CoV-2 malfeasance cannot be airily -- and foolishly -- dismissed as affecting only far-off people, isolated rocks in a distant sea, or multi-national corporations that should protect themselves.

The virus stalks our streets and cripples our economy. To this day, the CCP defies without consequence even international inquiries into Wuhan’s practices. We do not wish to see another virus wing its way from Wuhan.

Diplomatic and lawful measures jointly taken with our allies hold the best prospects for achieving a measure of justice and for tempering Xi’s aggressive path.  Under the Articles and accepted international principles noted above, injured states are allowed to impose countermeasures and selectively suspend obligations to the wrongdoer until fully compensated.

Such efforts should hold Beijing and, as appropriate, its state-controlled entities liable for Covid-19 wrongs and other widely recognized misdeeds, including IP theft.  Many support the U.S. and allies sanctioning CCP officials directly involved, or higher officials more generally, and curtailing visas, scientific exchanges and grants.  These are worthwhile measures, rightly pursued.

Sadly, these measures alone are not proportionate to the harm the CCP has caused and do not compensate victims.  Broader diplomatic demands, international countermeasures, and legal actions are needed, as well.

U.S. and international preferences granted China when it was less developed and better behaved should also be curtailed. For example, the U.S. should end its practice of granting PRC companies preferred treatment in our capital markets.  These fuel CCP plans and risk Chinese defaults endangering our economy.  PRC entities should meet the same audit and reporting standards that govern U.S. companies.

Immunities granted to foreign sovereigns were not adopted to protect grossly illegal activities, such as sending deadly agents into America.  Obtaining just results could be facilitated by the Biden Administration and, as needed, by amendments that still protect legitimate sovereign discretion.

Crucially, targeted investments in US and allies’ military capabilities, technological advances, export controls, strategic communications, and counters to Beijing’s anti-competitive market practices are overdue.  Beijing wants Asia and then the world to sleep-walk into Xi’s authoritarian hegemony. We should not oblige.

Xi’s CCP will retaliate harshly to any corrective measures, especially substantial ones.  It will hurl unjust charges, sanction companies, and seize Americans.  Artful diplomacy can mitigate but not eliminate these costs. Beijing needs the world economy; its retaliation will be lessened if other democracies rally to this cause.

Perhaps fear of trumped-up PRC retaliation will deter President Biden. The CCP may then fairly ask, if hundreds of thousands of dead fail to move America and the world, what would?  We will bear the consequences of today’s neglect.

No democratic state would have acted as irresponsibly as Beijing.

What does Beijing’s brazen, on-going malfeasance regarding SARS-CoV-2 say about that regime’s future course? And, if we fail to act, what does that say about us?

Lewis Libby is senior vice president of Hudson Institute. He guides the Institute’s program on national security and defense issues, devoting particular attention to U.S. national security strategy, strategic planning, the future of Asia, the Middle East, and the war against Islamic radicalism.