In a coddled America, a holiday involving costumes and candy is offensive.

It’s as if the people in charge sit around thinking, "what joy can we strip from the lives of American children today?" The joy-sucking is bad enough but getting rid of holidays is also a way to further divide us and limit our celebrations together.

The schools say they’re canceling the Halloween events because kids may not be able to afford costumes. The better way to address equity concerns would be to find a way to get costumes to children in need, not cancel the event for everyone. That’s the problem with the people in charge of schools and the "equity" obsession: It never leads to more for the marginalized, it only leads to less for all.

It’s not just Halloween, either. Several schools in Michigan took it a step further and, in their quest for "inclusion," canceled Halloween but also Valentine’s Day. Apparently Valentine’s Day led to hurt feelings if a child didn’t get a Valentine but also that some families are uncomfortable celebrating "love." 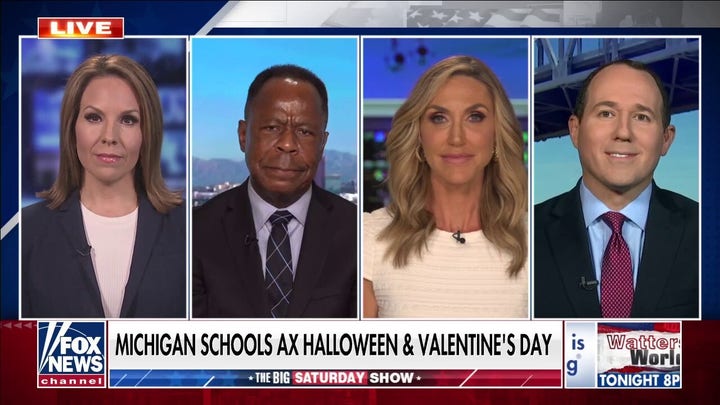 Schools have been systematically getting rid of all holidays for several years now. "Mother’s Day" and "Father’s Day" have been cut out at schools in support of kids who might not have a mother or father. Father-daughter dances have been canceled over gender issues. Thanksgiving has been sidelined. Of course, Columbus Day never stood a chance.

HISTORY OF HALLOWEEN: THE ORIGINS OF THE HOLIDAY

The Randolph Board of Education in Morris Township, New Jersey isn’t taking any chances. In June they decided to rename all holidays on the school calendar and label them simply "days off." "If we don't have anything on the calendar, we don't have to have anyone have hurt feelings or anything like that," board member Dorene Roche said.

That’s true. But if we need 100% participation to celebrate anything, even a generic "day off" might be offensive. Might be safer to write a paragraph on the non-denominational, non-exclusionary day off and how it doesn’t actually mean anything and no offense was intended.

Removing the holidays is a method to divide us from each other and keep us apart. Taking away events like Halloween parades because not everyone celebrates just limits the ways that we connect to each other.

As a little immigrant kid in Brooklyn, Halloween was a magical event where all the kids in the neighborhood ran free, marveling in their full buckets of candy and showing off their individuality through their costumes. Everyone was included if they wanted to be.

Their Israeli-born cousins would bring in sufganyot (powdered donuts) to explain Hanukkah to the kids in their class. We used to understand that in our melting pot of a country, not everything could be for everyone.

The aim to cancel out anything celebratory until every single person can participate leads to a dull life and a fractured country.