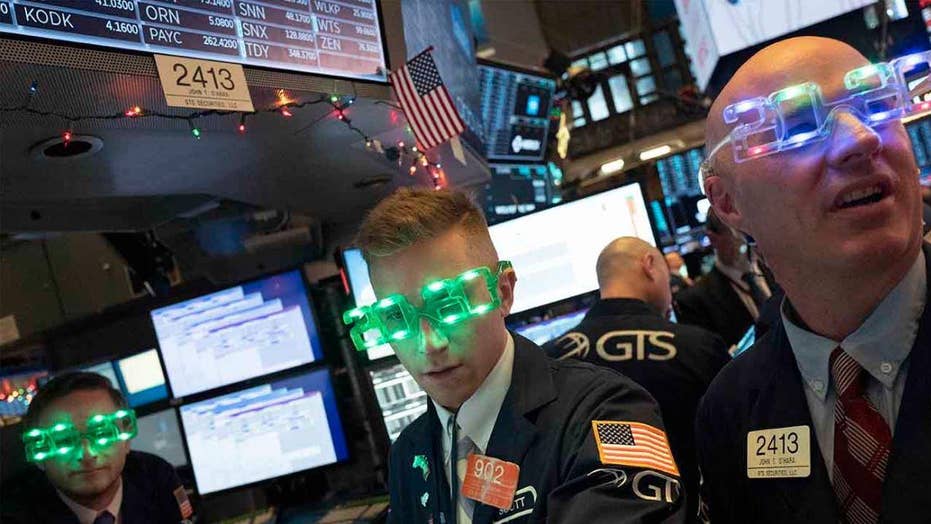 2020s could roar under Trump like a century ago: Dan Henninger

Wall Street Journal deputy editorial board editor Dan Henninger discusses the similarities between the 1920s and the 2020s.

It can be useful and instructive to observe the turning of a decade by looking back on what life was like in America a mere 100 years ago.

In 1920, the U.S. had become an economic power, which is remarkable considering the bloody "war to end all wars" that ended just two years earlier. Republican presidents shifted their attention from foreign entanglements to economic growth (sound familiar?).

GARY SHAPIRO: CES 2020 -- WHY OUR LEADERS NEED TO LOOK TO LAS VEGAS

The beginning of the Roaring 20s featured new rights for women, including the right to vote, daring flapper outfits and cigarette smoking. It also included Prohibition, which led to the rise of Al Capone and the Mafia. People should have been convinced that attempts to regulate human behavior by government fiat only works if the public is willing to obey the law, which in the case of liquor it clearly was not.

The one thing that hasn't changed in the last 100 years -- and for that matter since the first humans walked the Earth -- is human nature. One can change styles of clothing and hair, change modes of transportation, even change politicians, but human nature never changes. Greed, lust and the quest for power are embedded in each of us in every generation.

The impact of the Industrial Revolution found more people living in big cities than on farms for the first time beginning in 1920. That year also launched what we today call the "consumer society." America's total wealth more than doubled between 1920 and 1929.

As the website history.com notes: People from coast to coast bought the same goods (thanks to nationwide advertising and the spread of chain stores), listened to the same music, did the same dances and even used the same slang. Many Americans were uncomfortable with this urban, sometimes racy mass culture, and for many people in the U.S., the 1920s brought more conflict than celebration.

Isn't it the same today? Have we learned nothing? The tension between people with opposing political and social views and religious beliefs has increased these last 100 years because of contemporary social media and the 24/7 news cycle in which revolution sells better than resolution.

Cars, washing machines, new forms of birth control and other creations gave especially women new freedoms. Radio united the nation and phonograph records, which sold 100 million in 1927 alone, created a common culture, even if some older people didn't like the "modern" music.

As with Frank Sinatra and Elvis Presley in the 1940s and '50s, some older folks in the 1920s rejected the dance hall lifestyle and what they saw as the vulgarity and depravity of jazz music and the moral erosion they claimed it caused. But for the younger generation, it was a new world in which the future looked bright.

What will America be like in 2120? In 1920 no one could have foreseen a Great Depression, or a second World War, much less the prosperity and cultural changes that would come, or the threat of nuclear annihilation.

The saying that "the more things change, the more they remain the same" has never seemed more accurate and providential.