Biden admin is not backing down on school board security

The Justice Department (DOJ) declared open season on parents this week in a disturbing decision to target moms and dads across the country who dare speak out against woke school board agendas like critical race theory curriculum (CRT) and politically driven COVID-19 restrictions.

The absurd announcement to investigate parents they deem a threat follows an equally absurd letter from the National School Boards Association (NSBA) last week asking for the Biden administration’s protection against parents.

In their woke world parents exercising free speech to protect their kids is somehow equivalent to domestic terrorism.

You read that right. Parents are now terrorists in Biden’s America.

Rep. Ken Buck, R-Colo., slammed the Justice Department on Twitter, "AG Garland is more focused on using the DOJ to intimidate parents exercising their 1st amendment rights, then he is in stopping the spike in violent crime. Totally shameful."

Shameful and a gross misuse of power that with all our nation’s problems, violent crime included, the DOJ wants to direct resources to investigate moms and dads. Because to them we’re the real threat to our country.

Also on Twitter, Asra Nomani, vice president of investigations and strategy at Parents Defending Education, called it a  "declaration of war" on parents by Attorney General Merrick Garland.

Far from al Qaeda or Antifa, what American parents have really become is a problem. A big giant colossal roadblock for the uber woke agenda of activist school boards across the country trying to brainwash our kids. And they’ve caught on that we’re not going to sit down and shut up anytime soon.

So parents are bullied and told to butt out, and if we don’t, we'll be investigated and persecuted by the very government agencies we fund.

Thus, they invent their own narrative that parents are threats and hope this illusion of the truth catches on.

Because you know, if you can’t disagree with facts – just make stuff up.

They’re overplaying their hand. It was COVID that exposed both their indoctrination of kids and the power-hungry mentality of school boards and teachers unions.

Parents caught wind of their agenda and started speaking up. Activist school boards and teachers unions threw gasoline on the fire by doubling down on parents, who then got even more upset at the arrogance with which we were dismissed and ignored.

Perhaps this is their first rodeo being challenged by parents, since they operated largely unchecked and under the radar before COVID blew the lid off their woke shenanigans. However, when it comes to our children, the most precious gifts God has entrusted us with, we will not be scared into silence, especially by a bunch of power-hungry elitists with a distorted view of their role in our kids’ lives and education.

Our taxpayer dollars fund all the power and privilege that is afforded to them as they sit atop their bully pulpit. You can bet parents aren’t going to be browbeaten into submission while they cash our checks and then use their perch to lob threats at us so they can control our kids. 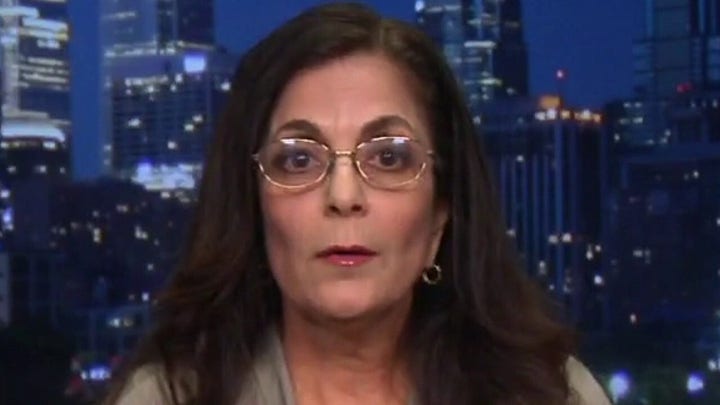 In Virginia’s recent gubernatorial debate Democrat Terry McAuliffe shockingly said the quiet part out loud, "I don’t think parents should be telling schools what they should teach."

Every once in a while, even the most well-oiled politician accidentally tells you what they really think. And this is what the school boards, teachers unions and the politicians they back really think of you the parent.

While every family dynamic may be different, one thing is for sure – it takes a family, not some agenda-driven bureaucrat in a government-run school to raise our kids. 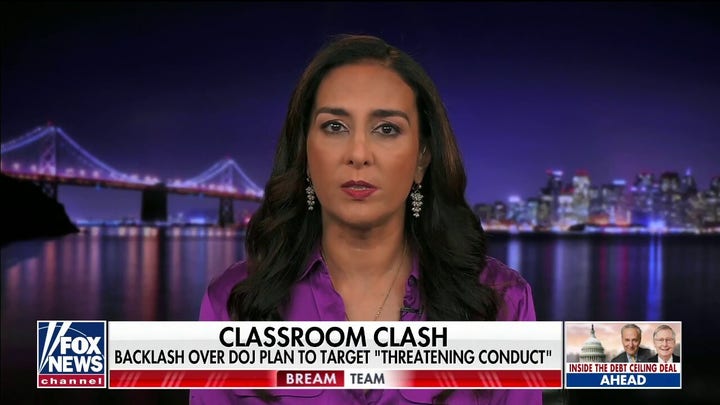 Parents (you know, the "domestic terrorists") are heading for the exits of these public schools. In Fairfax County, Virginia, home of one of the largest school districts in the country, the district lost close to 9,000 students just this year. You’d think maybe the NSBA would try a new strategy – like maybe not attacking parents.

It’s almost laughable that school boards want to be "protected" against "big bad parents" when, for the last year and half, it’s our kids who’ve needed the protection against their woke indoctrination.

This whole thing reeks of desperation and a political stunt to put a lid on moms and dads, whose only crime is exercising our First Amendment right. As we’ve often seen lately, when free speech conflicts with the approved narrative, they try to cancel you. Or in this case, flag you as a domestic terrorist.

The only threat we pose to school boards is taking back our kids and stopping their politically driven agenda and severe overreach into our children’s education through their indoctrination.

We will not be undermined, intimidated or silenced by a bunch of woke bureaucrats trying to pump our kids full of propaganda for their political purposes.

From extremist school boards to the DOJ, these government bullies are the real threat. Now that they’ve been exposed, their days of unhampered power with no accountability is a history lesson. We’re parents – we can handle bullies.

Thou shalt not mess with our kids.