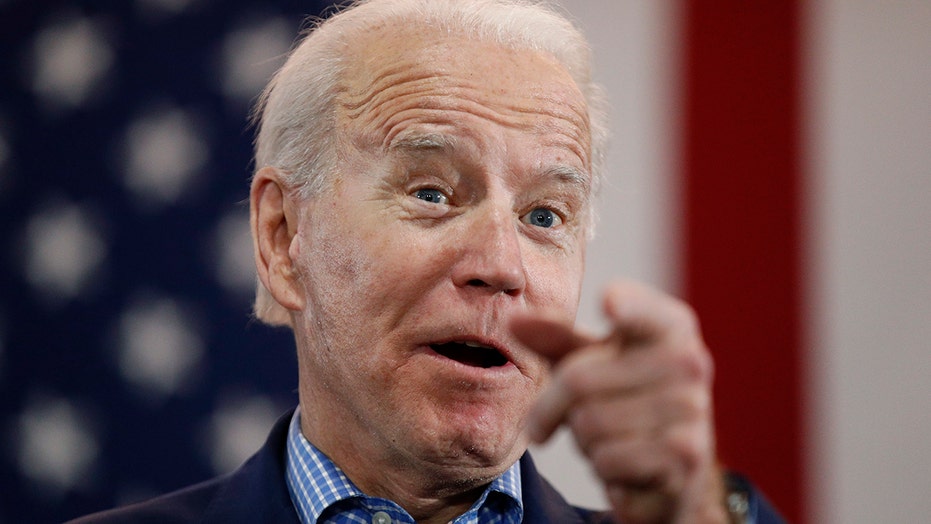 Can voters trust Joe Biden to take on China?

In April, records from 9/11 mastermind Usama bin Laden’s compound were disclosed detailing his plans to assassinate then-President Barack Obama. Bin Laden’s rationale for his horrific plot was telling: “Biden is totally unprepared for that post, which will lead the U.S. into a crisis.”

Now, a decade since U.S. Special Forces killed bin Laden in Pakistan, it’s my guess that President Xi Jinping of China – our greatest geopolitical foe today – also wants former Vice President Joe Biden to be the next president of the United States. This makes perfect sense when you consider that Xi wants what’s best for China.

Joe Biden has been wrong on U.S. policy toward China virtually his entire career. In fact, Biden and other establishment politicians in Washington have been instrumental in China’s meteoric rise from a developing nation into a Communist power with global ambitions.

For decades, China has executed a foreign policy focused on replacing the United States as the world’s leading economy.

During his time as lead Democrat on the Senate Foreign Relations Committee, Biden gave a floor speech in September 2000 in support of Permanent Normal Trade Relations (PNTR) with China. He said, “Finally, I would like to point out that my support for permanent normal trade relations with China is based not just on an assessment of the economic benefits to the U.S., not just on the prospects for political reform in China, but also on the impact on our national security.”

Twenty years later, on each of the three prongs he laid out to justify his support for the legislation, it’s clear that Biden was dead wrong.

Statistics show that 3.7 million American jobs have been lost to China since 2001 due to our horrendous anti-U.S. worker policies. Furthermore, China has imprisoned upwards of one million Muslim Uighurs and other minorities in “re-education camps.” It also, according to reports, jailed more than 48 journalists in 2019 alone just for seeking the truth.  And today we face a global pandemic with more than 80,000 Americans dying from COVID-19 because China chose to lie instead of help save lives.

So much for Biden’s promises of economic prosperity, political reform and national security.

About a decade after his pro-PNTR vote, in 2011, Vice President Biden doubled down on his cozy rhetoric toward China in an op-ed he wrote for The New York Times.  Biden shamelessly reiterated his unwise support for the Chinese government, stating, “I remain convinced that a successful China can make our country more prosperous, not less.” He added, “I am convinced, from nearly a dozen hours spent with Vice President Xi Jinping, that China’s leadership agrees.”

Biden is choosing to ignore the fact that President Trump singlehandedly changed the debate and rallied America around his get-tough-on Beijing policy.

Biden, who first visited China in 1979, couldn’t see that the Communist leadership there was playing him for a fool. He closed the editorial by saying, “Some may warn of America’s demise, but I’m not among them. And let me reassure you: based on my time in China, neither are the Chinese.”

Let Biden’s naivety sink in and juxtapose it with President Trump’s actions on China – which show he’s been right from the beginning. You would think that Biden would observe this president’s leadership and success in negotiating with China and change his ways – but you’d be wrong.

Biden is choosing to ignore the fact that President Trump singlehandedly changed the debate and rallied America around his get-tough-on Beijing policy.

Exactly one year ago at a May campaign rally, Biden boasted, “China is going to eat our lunch? Come on, man ... they can’t figure out how they’re going to deal with the corruption that exists within the system. I mean, you know, they’re not bad folks, folks. But guess what, they’re not, they’re not competition for us.”

In our current reality, this statement personifies how wrongheaded Biden remains on China.

A typical liberal like Sleepy Joe in the White House would return to failed globalist policies and China would pass the United States as the world’s leading economic superpower and never look back.

The bottom line is that Biden’s disastrous policies would take us back to the days of economic stagnation.

Trump came into office with the goal of making America great again. It wasn’t some poll-tested slogan that sounded good in speeches – it was a promise to the American people. It was a promise that the failed economy of the Obama-Biden administration, characterized by slow growth and vanishing job opportunities, would not be tolerated.

Upon entering office, President Trump confronted Chinese Communist leaders with his ironclad promise to the American people that he would bring our economy roaring back to life. The idea that America’s time was up and that China was the future simply did not sit well with the president.

Before the coronavirus escaped Wuhan and infected the world, our unemployment rate had dropped to historic lows, stocks had risen to record highs, and millions of new jobs were being created right here in America, thanks to this tremendous president.

China and who can best rebuild our economy will be the dominant issues on Election Day and that’s bad news for Joe Biden. For the last three years, President Trump has proven that he’s the best man to tackle these challenging issues and lead America to peace and prosperity for generations to come.