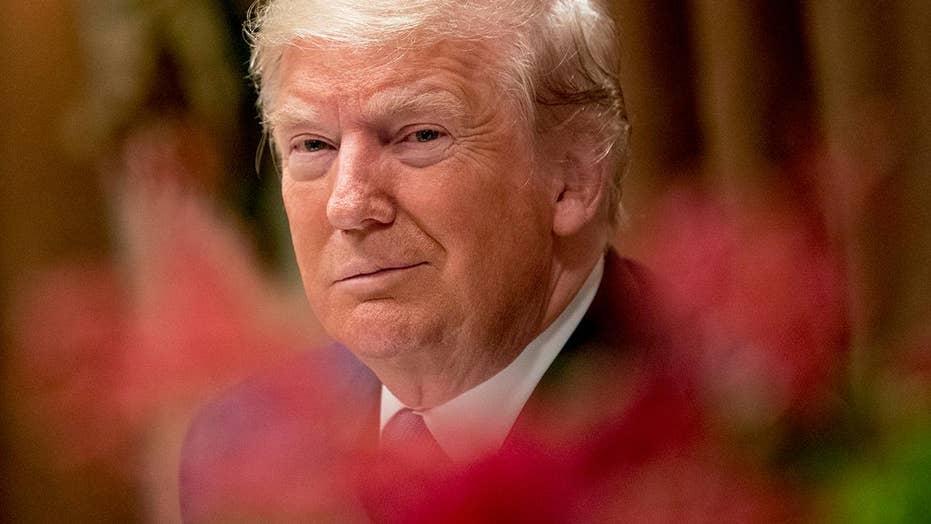 House Democrats are redefining “impeachable offense” to mean whatever President Trump does. Democratic leaders announced two articles of impeachment against the president Tuesday that marked a radical departure from all of American history. For the first time, the House is rushing to impeach a president without even claiming he broke the law.

Days before the announcement, Democrats on the House Judiciary Committee heralded their unprecedented move by unveiling what they called constitutional grounds for presidential impeachment.

The Democrats argued that President Trump should be impeached despite acting legally. They said a president can be impeached “for exercising power with a corrupt purpose, even if his action would otherwise be permissible.”

The Democratic test is whether the president is motivated by “private self-interest” rather than the national interest.

Judiciary Committee Chairman Jerrold Nadler, D-N.Y., boasted that Democrats have a “rock-solid” case against Trump. No surprise there.  It’s impossible to miss with a broad definition like that.

After all, who’s to say what’s in the national interest? Democrats and Republicans have always disagreed about that. That’s why we have elections.

Democrats charge that in a July 25 call, Trump asked Ukrainian President Volodymyr Zelensky for a favor: first, help the U.S. investigate Ukrainian tampering with the 2016 U.S. presidential election; and second, investigate the role of then-Vice President Joe Biden in getting a prosecutor fired while his son Hunter Biden was on the payroll of a Ukrainian company possibly under investigation.

Trump didn’t say military aid or a prestigious invitation to the White House hinged on the favor, but Democrats claim it did. They call it evidence of the president’s corrupt intent.

The impeachment articles accuse Trump of soliciting “interference of a foreign government, Ukraine, in the 2020” presidential election. That presumes, of course, that Biden will be the Democratic nominee for president.

Never mind that there are still 14 other candidates competing for the Democratic presidential nomination in a race that is far from settled.

Many Republicans would like to see Biden in another spotlight, called to testify at Trump’s Senate impeachment trial, which is expected to convene in early January, following Trump’s expected impeachment by the House.

But seeing Biden testify in the Senate is increasingly unlikely.

The top Republicans in charge of this trial – most prominently Senate Majority Leader Mitch McConnell of Kentucky and Judiciary Committee Chairman Lindsey Graham of South Carolina – seem to want to prevent a scorched-earth battle in the Senate, where everyone expects the president to be acquitted.

“Here’s what I want to avoid: this thing going on longer than it needs to,” Graham said after House Democratic leaders unveiled their two articles of impeachment.

If Graham’s view prevails, the Senate trial will take only a few days, as lawyers for House Democrats rehash their narrative against the president, followed by rebuttals from Republican House lawyers and the White House legal team. Then the Senate will close its doors for a secret deliberation, followed by a public final vote.

The president has an airtight argument that he has not committed an offense that’s impeachable, according to the historic meaning of the term. And Democrats are far short of the 67 votes they would need to convict Trump. There are only 47 Democrats and independents aligned with Democrats in the 100-member Senate.

Graham’s notion of an expedited procedure is statesmanlike, but cheats the public of the truth on several scores.

The public deserves to know how this Ukrainian scandal, which has distracted Congress from the nation’s urgent business, arose.

Schiff, D-Calif., lied in media interviews, denying he knew about the whistleblower until The New York Times caught him in that lie. Schiff also refused to surrender documents about his possible involvement in orchestrating the whistleblower complaint.

Without the whistleblower, the nation would not be enduring the impeachment ordeal. Americans deserve to hear about Schiff’s role.

House Democrats castigate Trump’s inquiry into Ukrainian meddling in our 2016 election as a “discredited theory.” What was the harm in asking? Senators won’t be sympathetic to the Democrats’ complaints that such an inquiry is an impeachable offense.

After all, Republican Sens. Ron Johnson of Wisconsin and Chuck Grassley of Iowa asked the Justice Department to look into the issue in September. An impeachment trial would shed light on the question.

A trial would also blow up the House Democrats’ tale of presidential corruption, which they erected almost entirely on rumors.

House Democrats called 17 witnesses, but nearly all of them had to admit they didn’t know the president and had never spoken with him.

Democrats dismissed the only two firsthand accounts of what the president actually said were his reasons for delaying aid to Ukraine – to press Europe to pay its fair share of military costs and ensure that U.S. tax dollars didn’t go to Ukraine to be used for corrupt purposes. Instead, the Democrats went with rumors.

In a Senate trial, Republicans would have the votes to exclude hearsay and insist on fair evidence, as in a court of law.

By the end of January, the Senate will have voted to acquit President Trump, but the nation’s wounds will be permanent.

House Speaker Nancy Pelosi, D-Calif., revealed Trump’s real crime when she called him an “imposter.” Meaning not a professional politician and therefore not welcome in the nation’s capital.

Impeachment is a vicious crime against voters, who are being robbed of their ability to select any president they want – even an outsider.

As Republican Rep. Doug Collins of Georgia lamented, Democrats want to “not only impeach the president, they want to impeach every American who voted for him.”