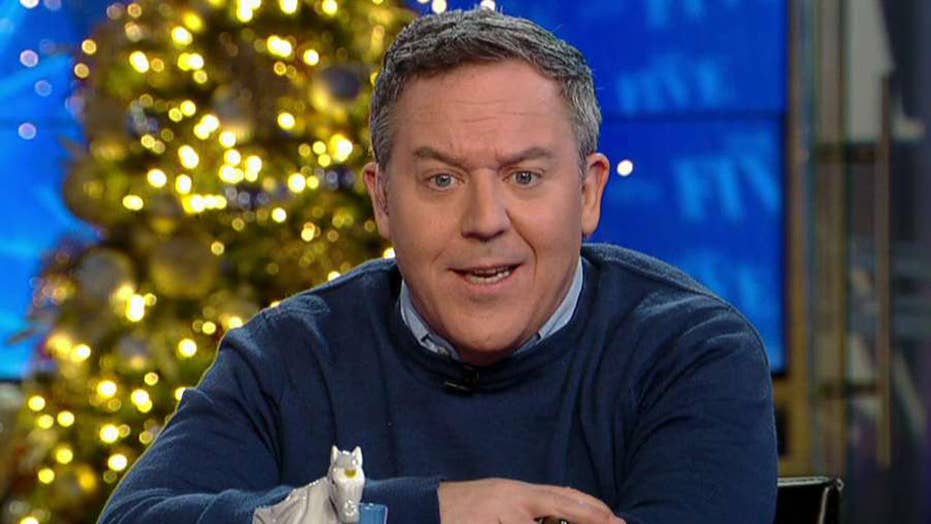 Gutfeld on the articles of impeachment

Accusations against President Trump in the Democratic drive to impeach him are so vague that they can mean anything – and nothing. Which is the point.

After all, when there's no crime, you’ve to leave it to the imagination. And boy, is this "open to interpretation.” It's like a Rorschach test for the blind. Which suits the media perfectly.

Remember how this process was reverse-engineered. It wasn't "Here's a crime, let's impeach." It was "Let's impeach and hope we find the crime."

JASON CHAFFETZ: THE DAMAGE JAMES COMEY DID TO OUR COUNTRY, THE DRAMA AND EXPENSE IS TRULY BREATHTAKING

It's the holiday reboot of "Let's pass the bill to see what's in it," House Speaker Nancy Pelosi's last big hit.

What a flop. It was worse than "Angry Birds 2."

Yet, we still had to carry the farce, despite the clowns who joked about Barron Trump and played dishonestly edited clips of President Trump. While the press tortured viewers by pretending it mattered, one question remained: Why didn't Republicans just bolt?

After all, we all knew it was just a stupid skit designed to make Democrats feel good, since they're immune to feeling stupid. The rest of us are left with what cops call "the mess."

When thieves break into a house and find zilch, the only thing left to do is trash the place. Hence the amorphous abuse of power in one article of impeachment, which anyone can now use on the Democrats. And they should.

I mean, when you move forward with a three-year witch trial, knowing the only support will be partisan and therefore doomed to fail, while boasting that you'll keep doing it forever – isn't that abuse of power? It's certainly an abuse of America's patience, institutions, trust and cohesion.

Which makes it another media-assisted hoax.

If you want to find the lie, just look where the media points the cameras.