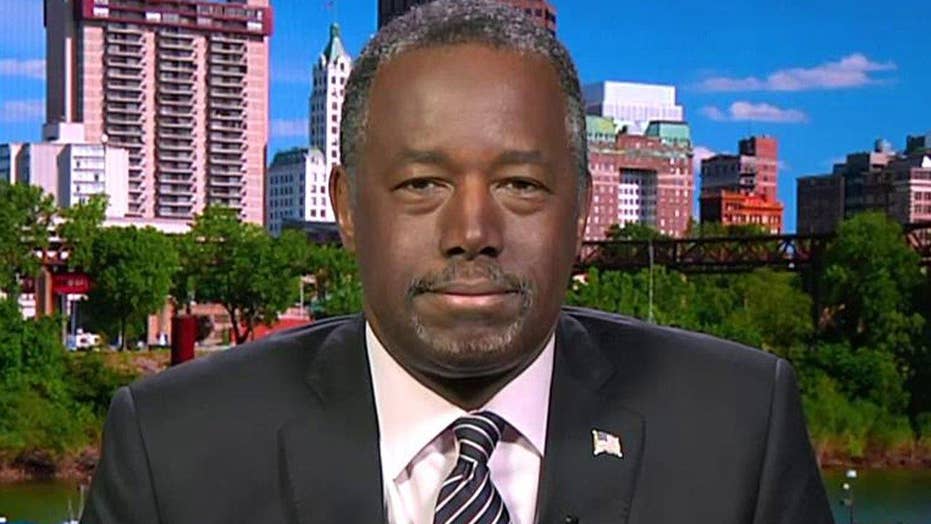 Candidate weighs in on which states have his focus

It seems like the only thing that’s guaranteed in this year’s election is the litany of punditry after every primary. This undiscussed industry has helped make politics more blood sport than democratic exercise.

It seems to get nastier at every turn, as campaign flacks dressed up as journalists line up to savage candidates whose campaigns they see as a threat to their preferred politician. Some have even gone so far as to question my faith, integrity or party loyalty because I won’t kowtow to their demands to step away from the primary process.

Is this what has become of politics in the world’s greatest democracy?

Whether establishment or outsider, conservative or moderate, a cottage industry has arisen around gaming and controlling the primary process. And that business is booming.

Unfortunately, these pundits have gotten too lost in the gladiatorial spectacle to see what truly matters: the will of “We the People” of America.

With every call to drop out, pundits and political operatives salivate over polling percentages -- as though the people they represent were commodities to be bought and bartered in the backrooms of D.C.’s exclusive political clubs. This mentality is driving voters away from the political system they have so long supported.

The commoditization of the electorate is precisely what drove me into this race. Hundreds of thousands of supporters drafted me to run, and hundreds of thousands more continue to push me onward. They do not belong to my campaign. On the contrary, my campaign is beholden to them. However, the gears that turn the political machine no longer recognize “We the People.” Instead they see a mass of voters to be prodded, lured or strong-armed into their camp.

Sadly, this juxtaposition of power isn’t just a product of election season, it’s the very nature of what our government has become, and what I intend to change. Career politicians are serving their special interests over the people who elected them, returning home often only to beg for money or votes.

I trust that the American people will soon wake-up and realize that leadership is not about how one speaks, but rather the life one leads.

My candidacy is about restoring the principles of self-government by running as a true citizen-statesman who is accountable to all and beholden to none.

A ballot cast for me is a vote for uniquely qualified and principled leadership; an innovative problem solver with sound judgment and solid plans for solving the myriad problems faced by American families and society; and a role model for future generations for whom the American dream needs to be restored.

I have run a campaign built around faith, integrity and common sense, because I believe that how we run this race is indicative of how we would run the country.

Despite what you may read in the media, millions of people have already stood up in agreement. This campaign has gained momentum, and I continue to be honored and humbled by the many people who put their faith in me.

On the day before the Super Tuesday contests -- so far only four states have had their say in this election and just five percent of delegates have been assigned -- I offer the people a different choice from the other candidates, one they deserve to be able to make for themselves, as they support the principles in which they really believe.

That is why I won’t listen as the pundits and politicians decree from on high. I refuse to play by Washington’s political rule book, or subjugate myself to the whims of the political class.

At times this decision has put me at a disadvantage, subjecting my supporters to underhanded tricks from other campaigns. No doubt my refusal to play the typical Washington games feeds into why so many D.C. pundits think I should leave the race.

Fortunately, it is not up to any pundit or political operative to pick our president. No matter how much they think they could do a better job than the American people, we know better, and they deserve better.

Our nation is best served when the people have free choice. If a reporter wants to change a person’s vote, they should give him or her a compelling reason, not take away their options.

It is a fundamentally undemocratic response to insinuate that people should be stripped of their choice “for the good of the party.” That’s why I’ve vowed to continue our campaign as long as we have revenue and support, until the people have decided.

It’s not vanity that drew me into this race. Like so many people across the country, my interest in this election comes from a deep concern over the future of our country.

It isn’t just the obvious problems that affect us all, such as education, our weak economy, our ballooning federal debt and our national security, including the expanding threat of ISIS. We must also be careful guardians of our liberty, fighting the influences of special interests and an entrenched political elite that believe they can decide elections for us.

The “Great Experiment” of American democracy has proven successful since our founding. Only “We the People” can ensure it continues to be so.

Many are starting to take a stand, refusing to allow the pundits and political class to continue to manipulate them, seeking instead to preserve life, liberty and the pursuit of happiness for all.

Dr. Ben Carson served as the 17th U.S. Secretary of Housing & Urban Development, is chairman of the American Cornerstone Institute, and is author of Created Equal: The Painful Past, Confusing Present, and Hopeful Future of Race in America.