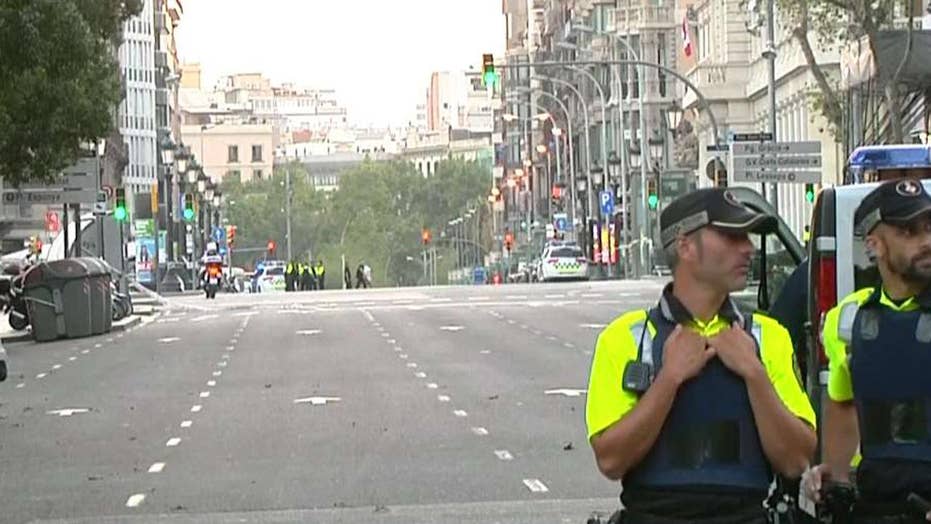 After the horrific attacks on September 11, President George W. Bush adopted the phrase “a global war on terror” to describe America’s response to a series of horrific events that continue to shock and anger us to this very day.

While President Obama might have retired the phrase back in 2009, the War on Terror—and the war against America, indeed, our very way of life—has truly never ended.

While its latest iterations might not always drive front page news or get the A block of every TV talk show, brave Americans are still fighting and dying to keep our country safe from those who would love nothing else than to see our democracy rocked once again by crippling terror attacks like they were on that fateful Tuesday almost sixteen years ago.

With news breaking of another terror attack, this time in Barcelona, we are reminded that we never can take our guard down from this evil. While Usama Bin Laden might be dead, Al Qaeda a shell of its former self and ISIS on the run, it does not mean the final battle against terror has yet to be waged.

Police officers tell members of the public to leave the scene in a street in Barcelona, Spain, Thursday, Aug. 17, 2017. Police in the northern Spanish city of Barcelona say a white van has jumped the sidewalk in the city's historic Las Ramblas district, injuring several people. (AP Photo/Manu Fernandez) (AP)

Consider for a moment the state of play against ISIS. While the so-called Islamic Caliphate may no longer be at the gates of Baghdad and with their own capitol now under constant attack, ISIS has decided to take its attacks on the road—doing all it can to radicalize new followers in the West to carry on their struggle, to turn our very own citizens against us.

So while America and its allies will no doubt take Raqqa and ensure there is no more physical Islamic State in the months to come, this evil group is poised to transform from a physical threat into something more asymmetric, dispersing around the world and online—becoming potentially even more dangerous than ever before.

Then there is Afghanistan. The Taliban, the sinister group who harbored Usama bin Laden and who Washington deposed from ruling that nation back in 2001, seems set to make major gains in the coming months now that America’s footprint in the region has dropped off dramatically.

What we do next, as today’s terror attack only makes more clear, could not be more vital. The next few months will be crucial as we consider what Washington’s strategy will be to ensure the gains we have made in the nearly two-decade fight against terror do not recede.

First, we must finish the fight against ISIS in Iraq and Syria and make sure the Islamic State is destroyed once and for all. But we must also make sure it never rises from the ashes, providing economic and reconstruction aid to those impacted areas, providing the foundation for those whose lives were pillaged by ISIS to have a chance to live in peace and prosperity—and never turn to terror themselves.

Second, we need to make sure ISIS does not move from the battlefields of Iraq and Syria to the cyber battlefield of the internet, poisoning the minds of our own citizens or others who could potentially be used as weapons against us. American and allied governments must develop a comprehensive strategy and work with the internet companies such as Facebook, Google, Twitter and any online space where ISIS or other terror groups can spread their message of hate. We must deny them any sanctuary, any place to hide and sow the seeds of terror—especially on the internet.

Next, we must have a firm strategy to make sure Afghanistan does not turn into another haven for terrorists like it was during the days before 9/11. President Trump seems to be weighing his options carefully—as well he should. However, he should seek council from all sides of the political spectrum, Democrats, Republicans, Neoconservatives as well as Realists who can offer wise council on the best path forward. Our goal should be obvious: to make sure the Taliban never returns to power and that Afghanistan has a chance as a viable nation state where its people can prosper free of harm or terror.

Finally, we must prepare and brace for a long struggle ahead—likely a multi-generational effort unlike we have never seen before. The terrorists who want to do us harm have timelines of battling us for decades, some have even said centuries. While we have the tools and willpower to win this struggle, taking our eye off the ball or diminishing the resources to fight this war or allowing it to slip from our minds gives our enemy his greatest advantage—that is something we can never allow to happen.