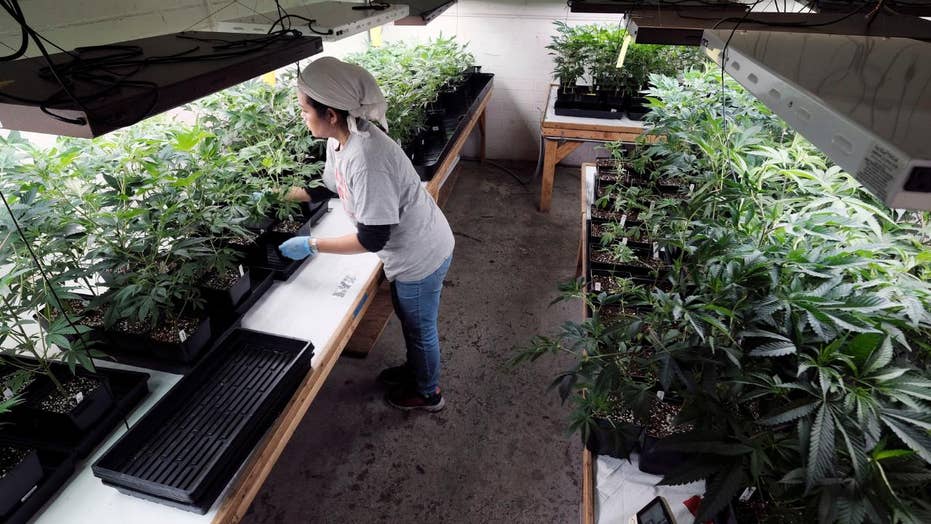 Author of 'Tell Your Children: The Truth About Marijuana, Mental Illness, and Violence,' Alex Berenson takes on his critics and responds to the negative feedback about his book.

The last week – the week since my new book "Tell Your Children" reached bookstores – has been more than eye-opening.

I knew that writing a book that suggested marijuana was not a cure-all medicine, and that cannabis may even cause psychosis and violence, would cause blowback from cannabis users, the people who profit by selling to them, and drug legalization advocates.

But the intensity of the anger – and their speed with which advocates have moved to attack a book that many have not even read – has been shocking. Cannabis advocates appear unwilling to accept anything less than full national legalization of cannabis – even if they must downplay or hide the drug’s very real mental health risks, and overstate its potential medical benefits, to do so.

"Tell Your Children" notes, “Cannabis use is likely to increase the risk of developing schizophrenia and other psychoses; the higher the use, the greater the risk.” Those words come directly from a comprehensive 2017 report on the health effects of cannabis from the National Academy of Medicine, a non-profit group that is the gold standard for health advice in the United States. It is the first comment on the mental health effects of cannabis that the group made.

But cannabis legalization advocates like the Drug Policy Alliance don’t like that comment. Instead of acknowledging it, they have pointed to the fact that one of the sixteen members of the commission – a researcher who works for a UCLA institute that openly accepts money from cannabis users – has now distanced herself from the report’s plain language. They conveniently ignore the fact that the other fifteen members have not.

Psychosis and schizophrenia are terrible diseases, causing their families and sufferers untoward misery. Unfortunately, people with schizophrenia are also at high risk for committing violence. And the first four states to have legalized marijuana have seen sharp increases in murders and aggravated assaults since 2013, when recreational legalization began – significantly faster increases than the national average.

But the advocates don’t want to admit that fact either. So instead of discussing why the increases are happening, they are trying to pretend they haven’t, doing everything possible to obscure the plain fact that murders in Alaska, Colorado, Oregon, and Washington went from about 450 in 2013 to almost 620 in 2017.

My family and I have faced threats on Twitter and harassing phone calls. I ask cannabis users to leave my wife and children alone, and responsible cannabis advocates to join me in reminding users that my family is not fair game in this debate.

They don’t stop there. The director of the Drug Policy Alliance demanded that I disclose my own personal finances, implying that I wrote Tell Your Children to make as much money as possible. In fact, I took a substantial pay cut to write this book, because the public health demanded it.

Meanwhile, my family and I have faced threats on Twitter and harassing phone calls. I ask cannabis users to leave my wife and children alone, and responsible cannabis advocates to join me in reminding users that my family is not fair game in this debate.

It’s time for the legalization community to stop trying to shout down researchers and reporters, and face the facts on this issue, and accept reasonable – and strong – warnings that accurately reflect what we know about marijuana’s dangers.

All the shouting in the world won’t change the truth.