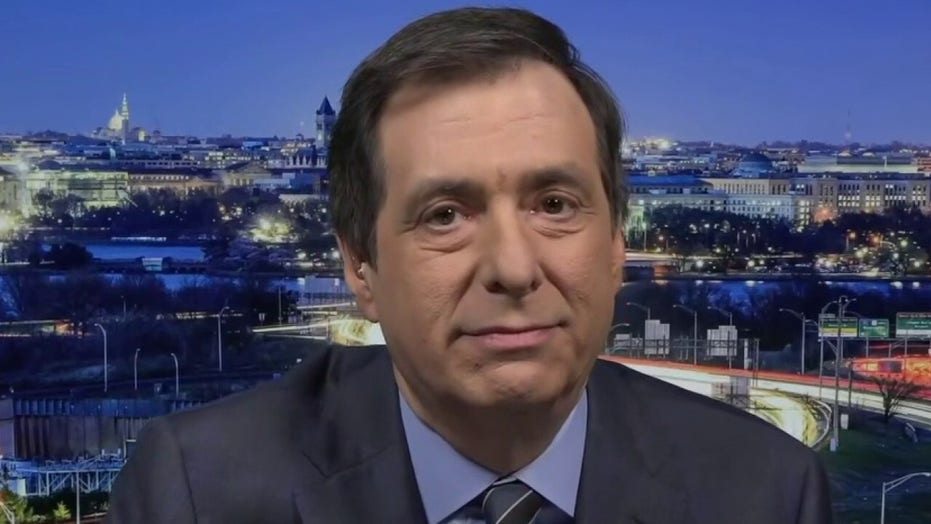 Howard Kurtz on how moderators handled the debate chaos

There is a school of thought that suggests presidential candidate debates have become more relics than relevant – that they have run their course and that spending big dollars on ads and campaign workers will overwhelm anything that happens on a live stage.

Those who believe that didn’t witness former New York City Mayor Mike Bloomberg’s difficult first debate last week, after which his favorability dropped 20 points, debunking the delusion that money can buy you anything you want.

And those who believe debates don’t matter must not have watched the debate Tuesday night in South Carolina as well, where seven Democratic presidential contenders attacked each other to get the right to run against President Trump in November.

In the Tuesday debate, former Vice President Joe Biden accused billionaire Tom Steyer of profiting from for-profit prisons that hogtie prisoners. Steyer responded that “I bought stock in a prison company thinking they’d do a better job, and I investigated, and I sold it.”

Sen. Elizabeth Warren brought up an old allegation that Bloomberg told a pregnant employee “kill it,” referring to her unborn child. Bloomberg angrily responded: “I never said it, period. End of story.”

And Sen. Bernie Sanders, I-Vt., was attacked for the high costs of his proposed “Medicare-for-all” plan, but defended the plan as more effective and affordable that the current health insurance system.

Front-runner Sanders defended positive comments he made about the late Cuban dictator Fidel Castro, while he and the others also fended off criticism about votes long past, or policies never passed, to pass their version of the debate final exam.

Yet does any of this matter? Are people all that interested, or is this just another Washington parlor game watched by those who run the government, run the system, and the anonymous ranters on the Internet who run their mouths without fear of any consequences?

Well, there is proof that Americans are very engaged, that they prefer live performances over choreographed ones, real-time news versus after-the-fact spin. Anecdotally, social media are rife with memes and messages extolling debate highs and lows, the most memorable scores and most regretted gaffes.

Empirically, the Democratic debate last week in Las Vegas was a record-setter, with nearly 20 million viewers – making it the most-watched in Democratic history (the GOP set its own record for a primary debate in Ohio featuring candidate Donald Trump before the last presidential election).

Analysts are already examining every encounter, every word, every twitch of body language to discern the winners and losers from Tuesday’s debate. In turn, that will feed into the narrative about who is surging and who is falling, who is emerging and who is submerging, who will continue and who should summarily drop out.

This year, we bore witness to the boomlet-to-bust of Sen. Kamala Harris, D-Calif., a highly credentialed and highly thought-of contender for the Democratic presidential nomination. But she went from hailed to flailed when Rep. Tulsi Gabbard, D-Hawaii hit her criminal justice record as harsh and biased.

Harris never recovered from that body blow and dropped out of the presidential race. The same can be said for former Housing and Urban Development Secretary Julian Castro, an intelligent and woke Democrat who was blistered for his personal attack on Biden. Like Harris, Castro was undone and then done in one debate moment.

Add to all of this the power of TV news, which continues to score heady ratings by focusing on the politics of the day throughout the day. Televised candidate town halls are the playoffs, and prime time debates a series of Super Bowls.

Tuesday night all cards were on the table – again – with moderators prepared to pepper, candidates prepped to challenge, and the public pumped up to have a ringside seat to behold it all.

As Americans, we would have it no other way. That’s because short of world wars and major terrorist attacks, the present trumps the past with the impact of immediacy.

Was Sanders shredded by his past? Was Bloomberg able to recover his present? Was anyone on stage able to convince voters he or she deserved to remain in this presidential derby for the foreseeable future?

Time will tell and time is not on the side of these candidates.

This much is certain: the next debate is March 15. Does it get any better than this?