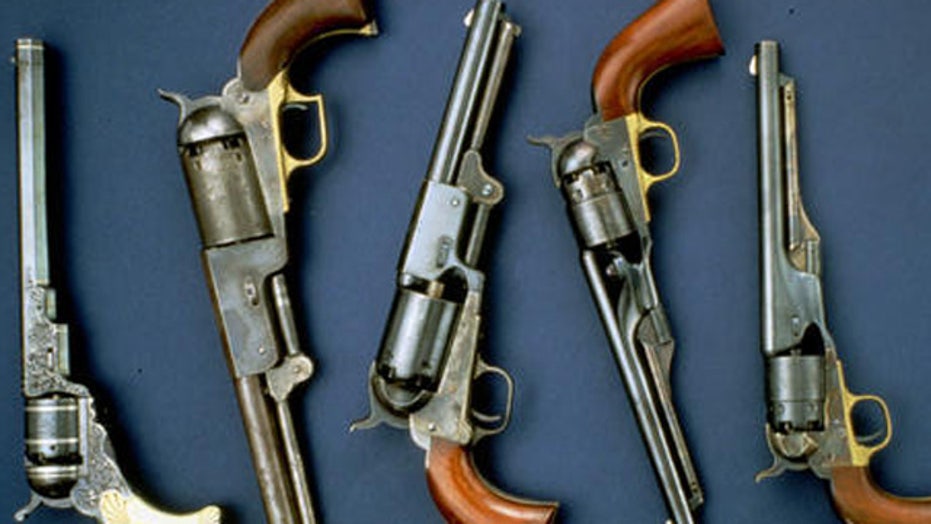 Like all Americans, we have been shocked and saddened in recent years by repeated mass shootings and the loss of innocent lives.

Our collective national outrage has been translated by state legislators and members of Congress into calls for more gun control.

Advocates of gun control forget that there are many methods by which disturbed people can inflict senseless violence. The worst mass death in a school in the United States killed 38 children with homemade explosives.

The recent mass stabbing of 14 college students in Texas is instructive. The underlying problem common to all the recent mass shootings has been untreated or undertreated mental illness.

We, a former judge and a forensic psychiatrist, prefer to solve the underlying problem rather than point fingers at guns.

It is time that we work together to develop a plan to address the real issue of violence in our nation. We propose to fix our broken, failing mental health care system—and, largely, by re-tasking existing resources to more effective ends.

More than thirty years ago, legal interventions and dramatic advancements in psychopharmacology provided the impetus for a mass exodus from public mental health institutions to community settings.

This well-intended move was predicated on the development of a community mental health center network.  An unintended consequence, however, has been that many deinstitutionalized mentally ill clients are receiving little or no treatment.

According to a report by the National Sheriffs’ Association and the Treatment Advocacy Center, a seriously mentally ill person in the United States is three times more likely to be incarcerated than hospitalized.  And since jails and prisons are not created to be de facto mental hospitals, there are a number of problems associated with placing large numbers of seriously mentally ill individuals into jails and prisons. In particular, mentally ill inmates cost much more.

In Texas prisons, for example, the average prisoner costs the state about $22,000 per year, but prisoners with mental illness cost between $30,000 and $50,000.  In addition to the costs of incarceration, recidivism rates for mentally ill inmates are higher, their stays are longer, they are more difficult to manage, and they are more likely to commit suicide.

The Community Mental Health Services Block Grant is an important source of federal funding for innovative community-based mental health services for youth and adults with mental illnesses. The Block Grant, which is administered by the Substance Abuse and Mental Health Services Administration (SAMHSA), is currently funded at $421 million. In addition to this block grant funding, multiple federal agencies fund various aspects of the criminal justice system, mental health and health care system, law enforcement and corrections functions at the state level.

Is it possible to retask these existing resources, without increasing overall spending to this end.

Through the development by each state of what we call a Tiered Outpatient Protocol, or “TOP,” to provide appropriate outpatient evaluation and treatment and to more accurately identify persons who pose a significant risk of harm to self or others before the harm has occurred.

TOP would consist of three basic steps for outpatient evaluation and treatment:

Step One:  Petition to Court

Under TOP, three individuals, including a psychiatrist or psychologist, first-degree relative together with any other third party may petition the court directly to assign a person to TOP who they have reason to believe presents a substantial risk of harm to self or others.

TOP also can receive indirect referrals from a teacher, a police officer, a nurse or doctor or any mental health professional.

Such referrals are first triaged to the nearest community mental health center crisis teams for assessment.  If the assessment deems the individual in need of services, then the assessing clinician from the crisis team may petition the court directly.

Inclusion in TOP is based on a judicial finding after hearing of substantial risk of harm to self or others.

It is important to note that mental illness alone, such as an anxiety disorder (like panic disorder or PTSD) or major depression , will not result in a person being assigned to TOP, unless the court makes a preliminary finding  that the person  poses a substantial risk of harm to self or others.

Step One is similar to existing judicial mental health review that already exists in the states.  Referral to TOP by the court does not appear on any background check or criminal history and cannot be used as a factor in determining eligibility for possession of any firearm.

Once assigned to TOP by a judge, a forensic psychiatrist or forensic psychologist meets with the person to make the determination as to whether the person enrolled should 1) be immediately hospitalized  2) have access to firearms and/or 3) be receiving enforced outpatient therapy, including medication.

The judge conducts an expedited hearing to make these determinations based on the testimony of the expert, and the person has the right to be heard in opposition with full due process rights under the Constitution.

This Step Two is similar to existing judicial mental health review that already exists in the states.
TOP PLUS clients have their TOP PLUS status noted on background check for firearms, but their TOP PLUS status cannot be used to discriminate for matters not affecting life or safety of themselves or others.

Step Three addresses key failings in the mental health system in the United States: the lack of in-patient mental hospital beds and the lack of predictable and compulsory outpatient treatment for individuals who pose a danger to others.

The court will have the authority  to order and compel outpatient treatment for TOP and TOP PLUS individuals, including after further hearing (as already required by law), medication compliance.

The clinician to whom the individual is then assigned (from the general psychiatric/psychological/counseling community) is responsible only to treat the individual as he/she would normally.

Upon completion of the treatment or as treatment progresses, the clinician can certify that the TOP PLUS condition has resolved and that the person no longer is a danger to self or others,, which would then also be noted in any background check.  This provision is important for acute situations that are satisfactorily resolved by treatment and medication compliance.

Third-party insurers may be liable for providing less than the contracted maximum treatment for any TOP PLUS client.

A TOP client may petition the court, after 12 months, for excusal from the program.  The forensic clinician (psychiatrist or psychologist) who first determined the care to be provided, or his/her successor, may oppose the action.

TOP deserves consideration by lawmakers who wrongly believe that gun control is the answer to ending mass killings in America.  We believe, instead, that repairing and reinforcing our mental health care system is the most urgent issue at hand.