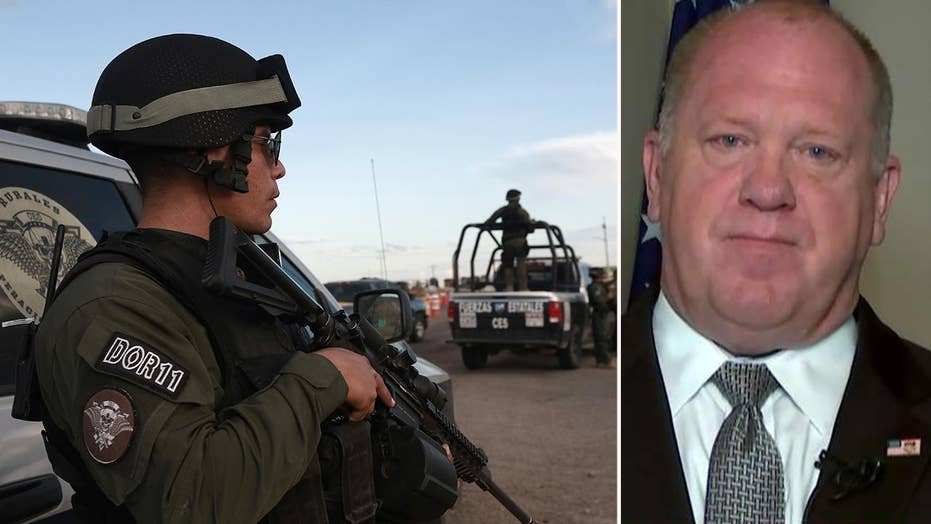 House Democrats are so obsessed with impeaching President Trump and trying to undermine the Trump administration that they are doing nothing to fix real problems Americans care about, like border security.

In fact, House Democrats are so determined to undercut the president’s agenda that they refuse to recognize the national security vulnerabilities on our southwest border.

We saw these vulnerabilities firsthand as part of a trip last weekend to the Rio Grande Valley, the most trafficked part of the border.

The Rio Grande Valley was at the heart of the spring migrant crisis, accounting for nearly half of the families and children law enforcement apprehended in the past year.

To paint a fuller picture of how cartels, gangs and other bad actors are taking advantage of weaknesses in the Rio Grande Valley, here are a few recent examples.

In only three days last week, law enforcement seized nearly 1,000 pounds of marijuana worth over a quarter-million dollars. In a five-day period last week, agents interdicted more than $3 million worth of cocaine.

Border Patrol agents arrested known members of the MS-13 and the 18th Street Gang in the sector earlier this fall.

These are only examples of what law enforcement was able to accomplish.

Securing the Rio Grande Valley is one of President Trump’s top priorities. Fortunately, we’re making progress in achieving that goal.

The administration is in the process of building more than 100 miles of a border wall system in the region, updating inadequate barriers and filling gaps in existing wall – all making it harder to cross undetected.

Our group was among the first people to see new construction in areas where no wall existed before.

This new wall is made of steel bollards filled with concrete and designed to make it extremely difficult to defeat. It’s also equipped with sensors and cameras.

Additionally, the administration is building a levee wall system in floodplains to stop illegal traffic and help manage flooding.

We know that walls work. Illegal traffic has dropped at least 90 percent in San Diego, El Paso, Tucson and Yuma since wall went up in the 1990s and 2000s.

In addition, agents and operators in the field – as well as Department of Homeland Security leadership – have consistently told Congress that building walls is a crucial part of securing the border.

We also visited facilities that housed a record number of migrant families and children who arrived at our border this year.

We saw the Rio Grande Valley Centralized Processing Center, which was designed in 2014 with this demographic shift in mind. This facility is much larger than Border Patrol station facilities. It was staffed with personnel trained to care for children and stocked with necessary supplies like snacks, children’s clothing and diaper-changing stations.

Thankfully, President Trump and his administration have acted to stem the flow of migrants that overwhelmed these facilities and drained resources and personnel from across the department.

The administration secured critical agreements with Mexico, Guatemala, Honduras and El Salvador to improve security cooperation across the region and reduce exploitation of our immigration laws.

While the administration has successfully reduced border apprehensions in recent months, we are still stuck working with a broken system that only Congress can fix.

On the border, we heard time and time again from law enforcement that legislative fixes are needed to improve border security and stop the exploitation of our immigration laws.

Regrettably, House Democrats have no interest in closing loopholes that smugglers, criminals, and cartels are abusing at the expense of vulnerable children and families.

On top of that, government funding talks have stalled over Democratic opposition to future border wall funding.

Border security and closing immigration loopholes used to be bipartisan priorities. Even President Barack Obama supported securing the border. In fact, the Obama administration bragged about its efforts to crack down on illegal border crossings.

In 2014, Obama said: “Our message is absolutely don’t send your children … on trains or through a bunch of smugglers. That is our direct message to families in Central America … if they do make it, they’ll get sent back.”

The only thing that has changed is that President Trump was elected on a pledge to secure the border.

Now, instead of working on a bipartisan basis to both secure the border and prevent a humanitarian crisis from happening again, House Democrats are focusing all their energy on trying to impeach the president. It’s shameful that they are putting a partisan exercise over our national security.