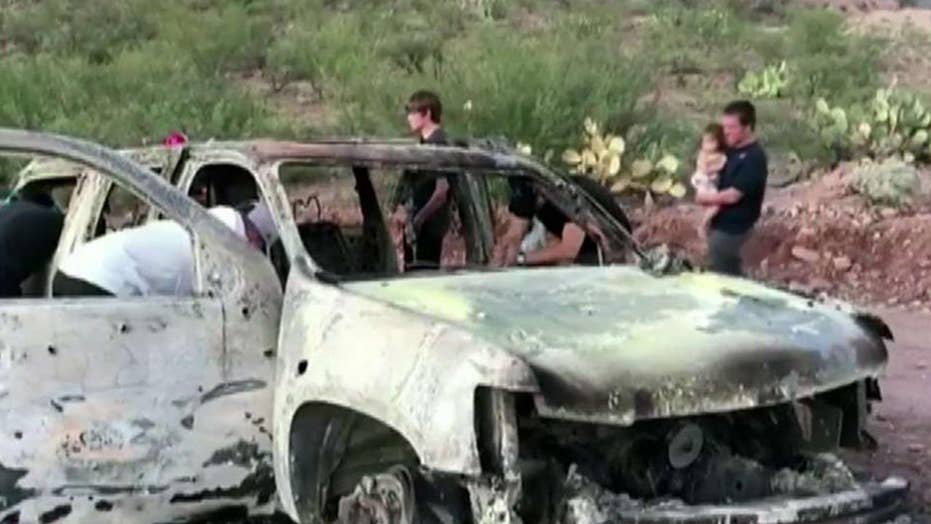 Nine Americans were killed when their convoy was ambushed in broad daylight by gunmen believed to be affiliated with a drug cartel; insight from Robbie Whelan, Wall Street Journal correspondent covering Latin America.

The horrific murders of three American women and six children in Sonora, Mexico on Monday should prompt closer and more effective United States-Mexico cooperation against the cross-border organized crime that is seriously endangering citizens of both countries.  As the former U.S. ambassador to Mexico (2011 to 2015), it is clear to me that these transnational criminal groups are undermining the sovereignty of both nations daily.

The tragic killing of a family with dual U.S.-Mexican citizenship has drawn new attention to the violence in Mexico. Homicides there appear headed for a new record in 2019. Violent encounters with organized crime have generated serious public debate in Mexico about how best to stop them.

One key message from this week’s tragedy: Both the U.S. and Mexico need to work together to forge an agreed strategy to eradicate these criminal groups and dismantle the networks that power these cross-border illicit enterprises.

It is important to recognize that U.S. drug demand indirectly fuels much of the violence by providing billions of dollars in profits that power cartels in Mexico, including through arms smuggled from the U.S. to Mexico. In the U.S., tens of thousands die yearly from drug overdoses, with many of the illegal narcotics arriving from Mexico.

Between Mexico and the United States, it is very hard to draw a clear line between domestic and international issues on key topics like illicit drugs and cross-border crime. They are “inter-mestic,” with both internal and external causes and effects simultaneously.

This is why bilateral cooperation is essential to increase the chances of making progress against what is a long-standing set of challenges for both countries. President Nixon declared a “war on drugs” in 1971, and administrations in both countries have struggled ever since to make progress.

Progress has been made, and lessons have been learned, but not nearly enough has been achieved. The deadly flows of fentanyl, heroin and meth continue northward across the border with deleterious effects on both sides of the border.

The best way forward is through a mature, cooperative partnership between Mexico and the U.S. to weaken, disrupt and eventually destroy the supply and demand chains that power this deadly trade.

Those criminal chains provide an estimated $19 billion to $29 billion in U.S. profits to the drug smugglers each year, with which they buy U.S. arms, spread corruption and generate violence in Mexico, in addition to the damage they do to families and communities in the U.S. with illegal drugs.

Since 2008, the U.S. and Mexico have deepened cooperation under the “Merida Initiative,” which has provided for a combination of technical assistance and training, additional equipment, and closer law enforcement and justice cooperation.

Merida cooperation has evolved over the years, building unprecedented cooperation between the law enforcement and justice agencies of the two countries. It has also received criticism for the tactics used to go after drug groups, such as focusing too much on decapitating leadership of drug groups, while not dismantling mid and lower level criminal structures and overall for not making enough progress in bringing criminals to justice.

The Merida program has, however, created the infrastructure and environment for the enhanced bilateral cooperation needed if these transnational criminal groups are to be weakened. It provides the opportunity now for additional adaptations to make better progress in going after the bad guys.

Those recommendations took into account that AMLO came to office promising a new approach to public security, but recognized the vital need for better day-to-day law enforcement cooperation as reflected by record number of violent homicides in Mexico during 2018 and the continued pace of cross-border trafficking.

The two governments recently agreed to bolster cooperation against cross-border arms smuggling, called “Operation Frozen.” They have also set up half a dozen working groups to begin defining a new cooperative plan, that collaborative work has not yet born results.

Even before this week’s killings, U.S. officials were concerned given the continued drug flows, cartel activity in Mexico, and the slow progress in agreeing to a re-energized U.S.-Mexico cooperation.

The U.S. and Mexico must intensify efforts to forge an agreed strategy and action plan to move against the violent cross-border criminal organizations.

They should seize the momentum of the tragic events in Sonora to double down on achieving a well-developed and effectively implemented joint strategy that respects and reinforces the sovereignty and security of both countries. The time and hard work will be needed to achieve such more effective U.S.-Mexico security cooperation, but the progress will highly benefit the citizens of both countries.

Earl Anthony Wayne served as U.S. ambassador to Mexico. He is presently co-chair of the Wilson Center’s Mexico Institute and a Diplomat in Residence at American University.