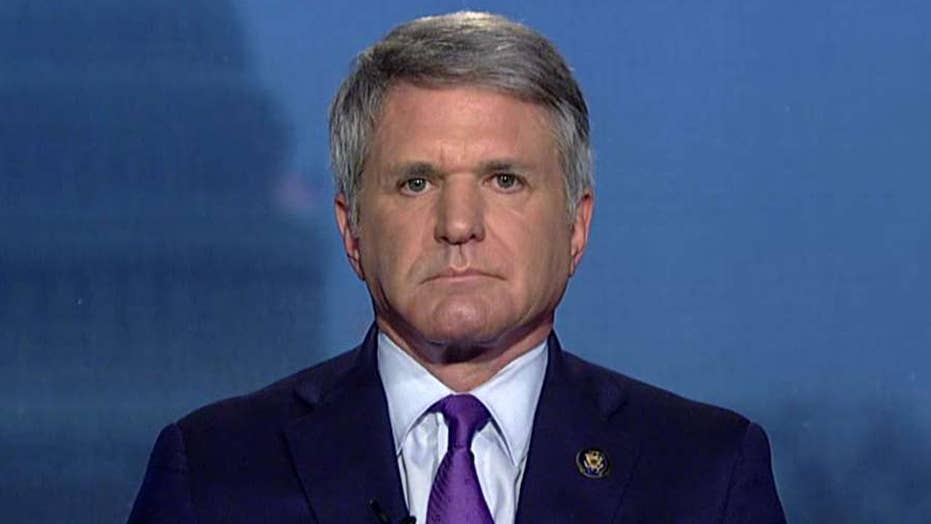 Rep. McCaul: The President isn’t interested in starting a war, he had to respond to Soleimani

Republican Rep. Michael McCaul tells ‘America’s Newsroom’ that the U.S. anticipated a response from Iran and 15 ballistic missiles was a very bold attack.

“We do have channels with the Swiss government to communicate to the Iranians. I would encourage that route to de-escalate this and not escalate it,” McCaul said on “America’s Newsroom” on Wednesday.

McCaul's remarks came before Trump declared later that day that Iran “appears to be standing down” in the wake of the missile strikes, which resulted in “no casualties.”

“The American people should be extremely grateful and happy,” Trump said, in an address to the nation from the White House. “No Americans were harmed in last night’s attack by the Iranian regime.”

While the attacks marked the latest escalation with Tehran in the precarious aftermath of a U.S. drone strike that killed the top Iranian general, Qassem Soleimani, they appeared to open the door to reducing tensions after it became clear that no American forces were killed. Trump indicated Wednesday that he indeed considers the nature of the strikes as a sign that Tehran has taken an off-ramp.

At the same time, he said the U.S. continues to evaluate options. Trump said he would immediately impose economic sanctions "until Iran changes its behavior." He also called on other world powers to break away from the Iran nuclear deal and called on NATO to become more involved in the Middle East.

McCaul said the strike that took out Gen. Soleimani was "clearly justified under Article II of the Constitution" and said Democrats and Republicans should be "united as Americans, not divided." House Democrats had been pushing for a vote to limit Trump's ability to take military action against Iran.

"I remember when bin Laden was killed and we as Republicans rallied with the Democrats, saying what a great victory that was. General [David] Petraeus said this was the equivalent of bin Laden in Iran," said McCaul.