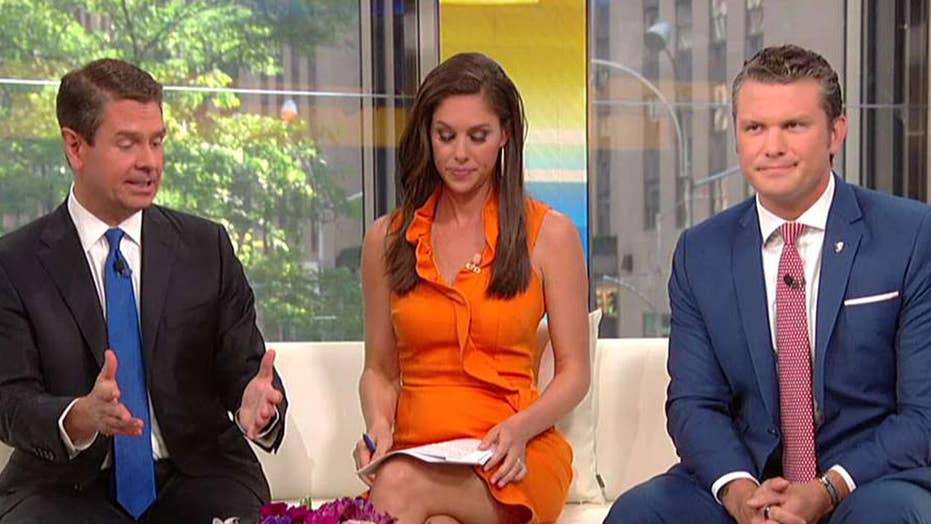 Maher wants recession to get rid of Trump

HBO host muses about what it will take to defeat President Trump.

"Got to see, by accident, wacko comedian Bill Maher’s show - So many lies," Trump tweeted.

Trump specifically objected to Maher's claim that survivors of last week's mass shooting in El Paso, Texas refused to meet with the president when he visited the city on Wednesday.

According to the El Paso Times, at least five patients refused to meet with Trump on Wednesday. Three others were unable due to their poor condition or a language barrier.

The Times reported that Trump met with family members of three survivors "for nearly two hours after most objected to seeing him." The following day, Maher joked in a tweet that patients who were asked if they wanted to meet the president said "el paso."


Maher has previously predicted that Trump will win re-election in 2020 barring an economic recession, a prospect the comedian openly rooted for on his HBO show "Real Time" last week.

When a guest reminded Maher of the job losses that would result from a recession, Maher answered: "I know, but it's worth it."

Trump responded to that prediction Saturday, and added that Maher would pay a much higher tax rate if he lost his bid for reelection.

Trump also addressed Maher's claim that he was taking a vacation and not being very productive as president. "Said I was on vacation. Wrong! Long planned fix up of W.H., stay here rather than ... cause big disruption by going to Manhattan. Working almost all of the time, including evenings. Don’t have to be in W.H. to do that."