NBC News correspondent Richard Engel was the lone voice to side with "Real Time" host Bill Maher on Friday night, after the comedian reiterated his "hopes" that a U.S. economic recession would help block President Trump's reelection in 2020.

"Short-term pain might be better than long-term destruction of the Constitution," Engel argued.

"Short-term pain might be better than long-term destruction of the Constitution."

None of the other members of Maher's panel wanted to see the U.S. stumble.

"I'm not wishing for a recession," Tom Nichols, author of "The Death of Expertise," said.

"Neither am I," Washington Post columnist Catherine Rampell agreed. 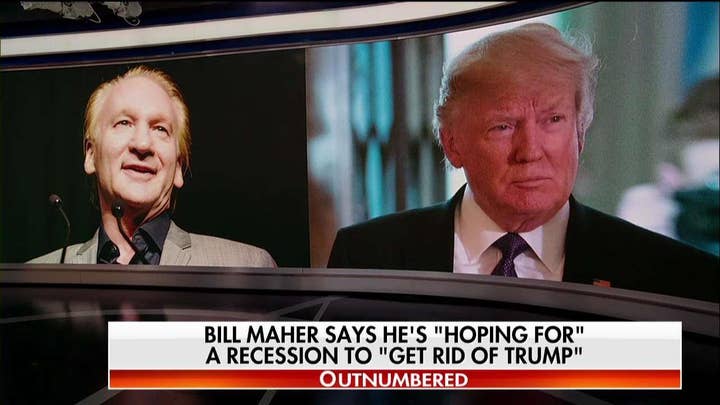 But Maher -- a multimillionaire whose investments include a stake in MLB's New York Mets -- tried to make the case that economic hardship for the nation might help him and other liberals realize their dream of preventing a second Trump term.

"You should wish for a recession because that would definitely get [Trump] unelected," Maher shot back, earning him a few claps from his Los Angeles studio audience.

"I really do," the host replied. "We have survived many recessions, we can't survive another Donald Trump term."

Last week, Maher had revived his stance that a recession would be "worth it"  because it would hurt Trump's reelection.