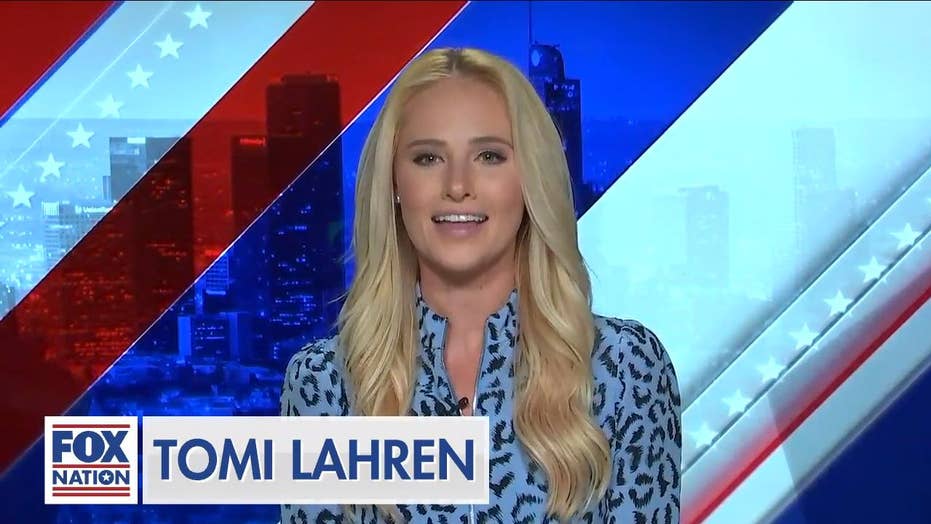 Tomi Lahren: Boo Trump all you want, but he has this going for him

Fox Nation host Tomi Lahren responded to baseball fans who booed President Trump while he attended Game 5 of the World Series over the weekend, saying his supporters largely outweigh his critics.

"President Trump may have been booed at Game 5 of the World Series hosted at National’s Park in the DC swamp, but let’s not forget who is able to pack cheering stadiums with just a podium and an American flag."

"President Trump may have been booed at Game 5 of the World Series hosted at Nationals Park in the D.C. swamp, but let’s not forget who is able to pack cheering stadiums with just a podium and an American flag," she said on Fox Nation's "Final Thoughts."

Many in the crowd showered Trump in boos when he was shown on the ballpark’s video screen during the game between the hometown Nationals and visiting Houston Astros. Chants of "lock him up" could also be heard, an effort to appropriate the "lock her up!" mantra begun by Trump supporters in 2016 against his Democratic opponent, Hillary Clinton.

“Lock him up,” said Lahren, "How original. It’s sad these Trump haters can’t even come up with their own jeers. Still, our president didn’t seem fazed by the booing whatsoever."

"It’s not surprising these heckling jerks didn’t seem to bother our president," Lahren went on. "Sure, a baseball stadium setting during the World Series is certainly a popular place -- but our president fills comparably-sized stadiums like that at almost every rally and he does it with just a podium and an American flag!"

"Let’s do some math, shall we?" the Fox Nation host continued. "Nationals Park seats about 41,000 people. If one-third of those people were jeering and booing the president, that’s roughly 13,500 people. Compare that the approximately 20,000 Trump supporters who packed into a sold-out American Airlines Center in Dallas for his rally just a couple of weeks ago- all cheering for their president," she said.

"And that doesn’t even include the overflow crowd waiting outside, also cheering for their president!"

Later in the episode, Lahren showed a clip from last year's Army-Navy football game, showing a loud cheering crowd as the president stood up.

"Soldiers and sailors giving our president a standing ovation, cheering, clapping and supporting their president. Yeah, .I’d guess Trump places a little bit more weight on a reaction from a crowd like that than some baseball fans who disrespect not just Donald Trump, but the office of the presidency," Lahren said, "especially on the day after our U.S. special forces killed the number one most wanted terrorist in the world under the leadership of their commander and chief, Donald J. Trump," a reference to the death of ISIS mastermind Abu Bakr al-Baghdadi.

"Oh, and side note," Lahren concluded, "the Nationals lost that game 7-1. President Trump won the 2016 election and is well on his way to winning again in 2020 and their boos and jeers won’t change that.