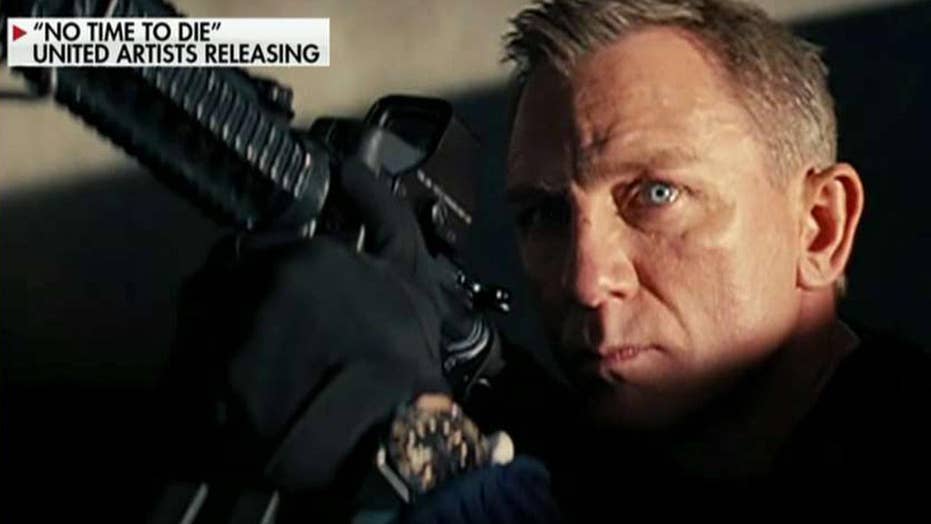 Longtime Bond producer Barbara Broccoli says the iconic British super spy 'can be of any color, but he is male'; reaction on 'The Five.'

"The Five" panelists responded to social media outrage after a producer for the James Bond movie franchise announced this week that the next 007 would not be a female.

"I don't care if it's a man or woman, we are all adults," Jesse Watters said Thursday. "If the producer wants to make James Bond a lady assassin, let her make her a lady assassin. The only people that care about the gender of James Bond are cinematic fundamentalists who have to stick to the integrity of inflaming screenplay."

In an interview with Variety, long-time Bond producer Barbara Broccoli opened up about what she and her half-brother -- and fellow producer -- Michael G. Wilson consider when it comes to selecting the next movie incarnation of the character invented by author Ian Fleming.

“He can be of any color, but he is male,” Broccoli told the outlet.

She continued: “I believe we should be creating new characters for women -- strong female characters. I’m not particularly interested in taking a male character and having a woman play it. I think women are far more interesting than that."

Co-host Greg Gutfeld applauded Broccoli's decision and slammed the "unwell activists" who have criticized the film for their failure to replace the male icon.

"Since when is common sense now controversy?" Gutfeld asked. "The common-sense answer to 'Should James Bond be a woman?' is 'No, he is a man.'"

"Somehow in this era of peace and prosperity, you have a pocket of unwell activists, who have nothing to do, no jobs, and all they do -- this is what they do all day, got to get a Twitter account," Gutfeld said. "All right, fine. If James Bond wants to be a woman, Mary Poppins, make her a man. Mike Poppins," he mocked.

Gutfeld also cautioned companies and "creative types" against "allowing a small faction of people sounding louder than they really are," on social media to intimidate them.

"James Bond is a guy," Perino said. "If people really want strong characters for women, write the script. There's no shortage of places where you can get movies and shows produced nowadays."

In November, current Bond Daniel Craig confirmed that he’s done playing the role following his star turn in “No Time To Die," which is set to premiere in April.

Over the summer, reports claimed that the next Agent 007 would be played by British actress Lashana Lynch, with her character's status to be revealed in the upcoming film.

However, as the Los Angeles Times noted, the movie's official trailer, which was released last month, firmly dispelled those rumors.

"Bond is a dude, Bond likes chicks," guest host Dagen McDowell responded. "That is the end of it. It's not Jane Bond, not June Bug Bond... It's James Bond."