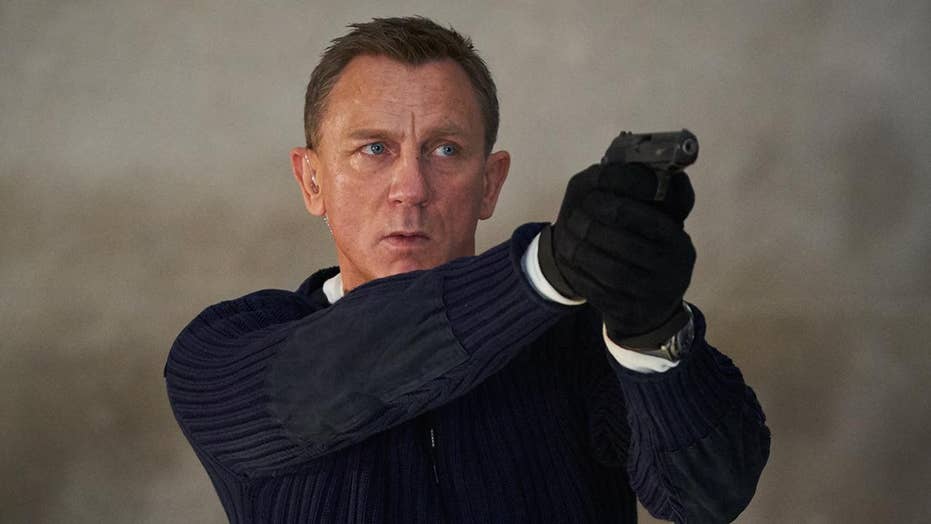 Hollywood Nation: Fans get first look at the official trailer for Daniel Craig's fifth and final turn as 007; award-winning singer Lady Gaga will headline a pre-Super Bowl concert in Miami.

Daniel Craig is back as 007 for one last, totally wild ride in the first official trailer for the 2020 film “No Time To Die.”

Bond fans were treated to the first look at what to expect when the movie drops next year and, as expected, it promises a death-defying romp complete with car chases, firefights and some good-old-fashioned fisticuffs.

Although it was previously teased that “Bohemian Rhapsody” actor Rami Malek would be Bond’s main villain in “No Time To Die,” the trailer reveals that Christoph Waltz will also return to the fold, reprising his villainous character from the 2015 film “Spectre,” Ernst Stavro Blofeld. He speaks about Bond's life since the end of that movie from an elaborate prison cell in the new trailer.

The first look picks up with Bond living a peaceful life in Jamaica after leaving active service. However, a visit from his CIA friend, Felix Leiter, brings him back into the life of a secret agent for some stunning heroics alongside actress Lashana Lynch’s character. Once again, Craig's Bond is derided by the younger 00 agent as a dinosaur whose greatest accomplishments are behind him.

HENRY CAVILL REVEALS HE LOST OUT ON JAMES BOND AND 'TWILIGHT' ROLES: 'IT HELPS ME GET BETTER'

Lynch is introduced in the trailer as having been a 00 agent for two years while Bond has been away. Craig recently confirmed that this will be his last outing as Bond and rumors circulated earlier this year that Lynch would take over as the first black female to call herself 007.

Also returning from “Specter” is Lea Seydoux’s Madeleine Swann, who is set up to be keeping a big secret from Bond that will rock him to his core. Sadly, in exchange for some explosive action, the trailer was short on any more details for the plot of the Cary Fukunaga movie.