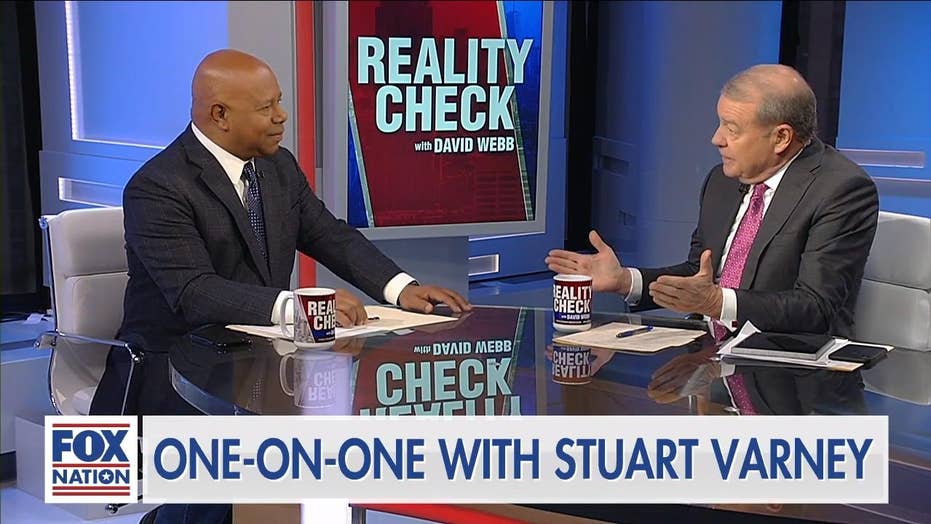 Fox Business host Stuart Varney revealed his 2020 predictions as the country gears up for a heated election year.

"I think this is a split party, I think Bloomberg is the nominee," Varney said Tuesday about the Democrats, "and I think Trump wins big time in November."

"Think about what's happening to the Democrat party," said Varney. "You've got two candidates for the presidency who are socialists and along comes this man who is ... the 11th richest person in the world ... so you've got the socialists, going up against the billionaires. That is a totally divided party."

Following months of speculation over a potential Bloomberg run, the billionaire businessman officially declared his candidacy with a massive ad buy totaling over $130 million — which fueled accusations by many, including his opponent Sen. Bernie Sanders, I-Vt., of "trying to buy the election."

"Money talks in politics, it really does," Varney agreed. "You can do a lot of damage or good for your side if you chuck a couple of hundred million dollars here or there — and that's exactly what Mike Bloomberg is going to do," he explained.

"He's split the party. I think he's got a good chance of getting the nomination, I think he actually might get it — and at the end of the day, Trump wins."

Bloomberg's entrance in the race came just 10 weeks before primary voting begins, an unorthodox move that reflects anxiety within the Democratic Party about the strength of its current candidates, Varney claimed.

As a self-proclaimed centrist with deep ties to Wall Street, Bloomberg is expected to struggle among the party’s energized progressive base, but recent polling puts him ahead of fellow candidate Sen. Kamala Harris D-Calif., jumping 3 percent in the two weeks since his launch.

Although Bloomberg still significantly trails the party's current front-runners, including former Vice President Joe Biden, Webb believes Bloomberg puts Biden in a difficult position, and that the former mayor will ultimately come out on top.

"I think he's done," Webb said about Biden. "I think Bloomberg is his death knell and he's going to hang on for a while."

Asked to back up his belief that Bloomberg will claim the nomination in 2020, Varney said it boiled down to who the party views as the best suited to oppose President Trump.

TAMMY BRUCE: BLOOMBERG WILL GUARANTEE A TRUMP WIN IN 2020

"I don't think he can, it's a split party," Varney reiterated. "I see a divided party headed to the election, maybe with Bloomberg as their candidate, but definitely losing to Trump in November of next year."

Crediting Trump for the record-breaking $7.4 billion spent by Black Friday shoppers last week, Varney said the Democrats "have a very difficult job on their hands" heading into 2020 — but that they would stand a chance if they "appeal to the emotional side of things."

"Those people who do not like President Trump ... his style, his tone, his demeanor ... and there's a lot of people like that ... those people would actually vote for Mike Bloomberg," he said.

Trump recently went after the 2020 Democratic hopeful after the president's reelection campaign announced it would ban Bloomberg News from covering rallies and campaign events, days after the news outlet owned by the billionaire Democratic candidate said it would not investigate Bloomberg or his Democratic rivals but would continue to cover Trump.

"Mini Mike Bloomberg has instructed his third rate news organization not to investigate him or any Democrat, but to go after President Trump, only," Trump tweeted. "The Failing New York Times thinks that is O.K., because their hatred & bias is so great they can’t even see straight. It’s not O.K.," Trump tweeted.

Bloomberg News pushed back against the Trump campaign's charge of the outlet having a "bias."

"The accusation of bias couldn't be further from the truth. We have covered Donald Trump fairly and in an unbiased way since he became a candidate in 2015 and will continue to do so despite the restrictions imposed by the Trump campaign," Bloomberg Editor-in-Chief John Micklethwait said in a statement.