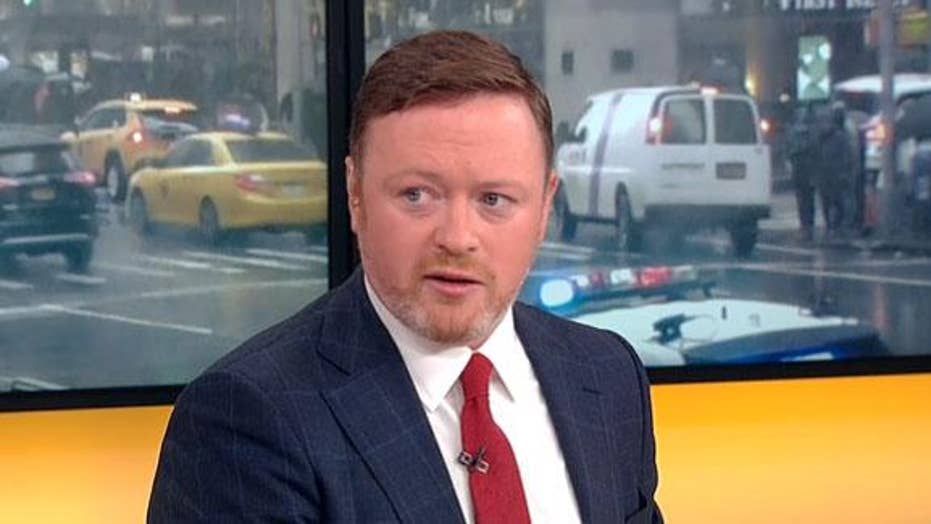 Melissa Francis and Chris Bedford, The Daily Caller, discuss a report the Trump campaign has banned Bloomberg News from future events over bias

"Mini Mike Bloomberg has instructed his third rate news organization not to investigate him or any Democrat, but to go after President Trump, only," Trump tweeted. "The Failing New York Times thinks that is O.K., because their hatred & bias is so great they can’t even see straight. It’s not O.K.!"

The Trump campaign announced its policy earlier Monday, days after the news outlet owned by the billionaire Democratic candidate said it would not investigate Bloomberg or his Democratic rivals but would continue to cover Trump in the usual way.

“The decision by Bloomberg News to formalize preferential reporting policies is troubling and wrong,” Trump campaign manager Brad Parscale wrote in a statement. "Bloomberg News has declared that they won’t investigate their boss or his Democrat competitors, many of whom are current holders of high office, but will continue critical reporting on President Trump.”

Parscale said he is “accustomed to unfair reporting practices” but Bloomberg News’ decision takes it too far because “most news organizations don’t announce their biases so publicly.”

Bloomberg News pushed back against the Trump campaign's charge of the outlet having a "bias."

"The accusation of bias couldn't be further from the truth. We have covered Donald Trump fairly and in an unbiased way since he became a candidate in 2015 and will continue to do so despite the restrictions imposed by the Trump campaign," Bloomberg Editor-in-Chief John Micklethwait said in a statement.

Dean Baquet, the executive editor of The New York Times, entered the fray Monday by blasting the Trump campaign's decision.

"Bloomberg News is one of the largest and most influential news organizations in the world," Baquet said in a statement. "We condemn any action that keeps quality news media from reporting fairly and accurately on the presidency and the leadership of the country."

Trump has repeatedly lashed out at the Times' coverage of him, calling it "fake news." In September, Times publisher A.G. Sulzberger said the president was "trying to delegitimize real news, dismissing factual and fair reporting as politically motivated fabrications."