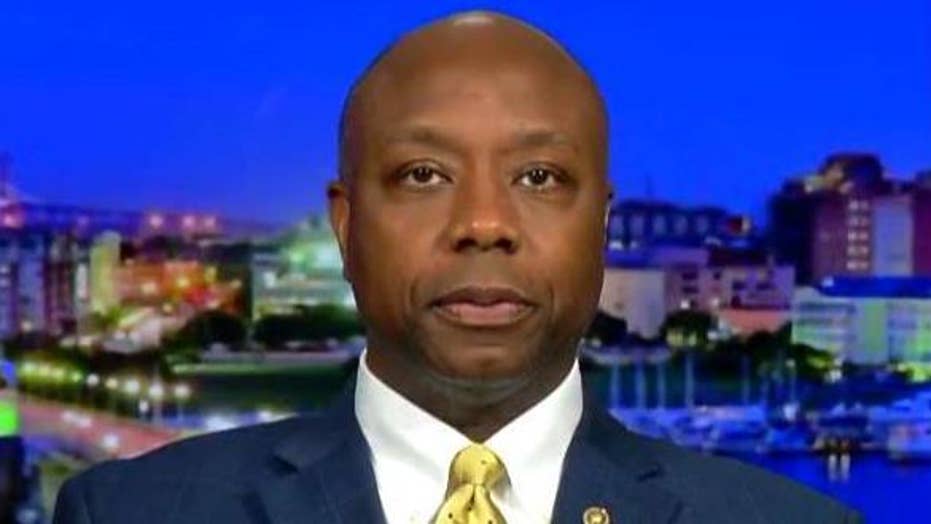 Republicans have accused Democrats of shifting the narrative to racism accusations against the president following former Special Counsel Robert Mueller's panned testimony.  Many Democrats are still calling for Trump's impeachment.

The president has has also faced criticism recently following the the shootings in El Paso, Texas and Dayton, Ohio with his critics blaming his rhetoric for enflaming white supremacy.

"Well you would run on some tired narrative that the president because he's a Republican has to be somehow a racist," Scott said.  "It's a different dimension that I don't understand."