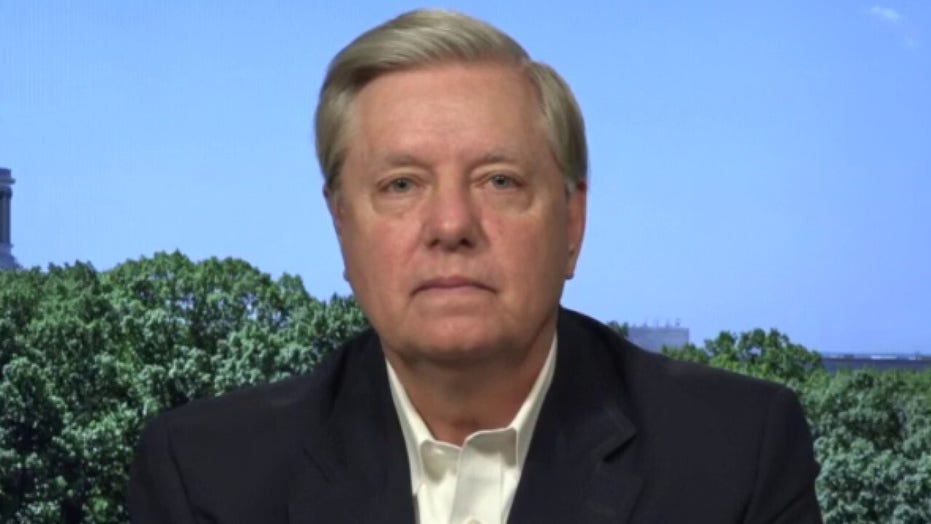 Graham: National Guard is a blessing to the nation

South Carolina Sen. Lindsey Graham weighs in on National Guard being deployed to assist with protests across the nation.

Sen. Lindsey Graham, R-S.C., praised the National Guard Friday while reacting to the D.C. Mayor Muriel Bowser calling for them to leave her city.

"I think our National Guard is a blessing to the nation. These are citizen soldiers who have left Utah and South Carolina to come up here to D.C. to try to help keep order," Graham said on "Your World with Neil Cavuto." "They've been guarding monuments, been washing off some pretty grotesque graffiti on on our monuments in town. This is the center of America's government."

The Utah National Guard confirmed Friday that 200 service members are being kicked out of hotels in the nation's capital as Bowser clashes with President Trump over the handling of the George Floyd protests in the city.

Graham also responded to the possible use of the military to police American cities, saying that should be a "last resort."

"The Insurrection Act has been used in the past, but it should be our last resort. We do not in this nation routinely use the military to deal with domestic matters," Graham said. "The National Guard is a different creature, and I think that's the right way to go."

The senator also reacted to former Defense Secretary Jim Mattis' critique of Trump in the wake of the George Floyd protests, saying it's unfair to blame the division on the president.

"I think General Mattis has earned every star that he's got. All four of them that I've known him for years now. I generally agree with him. Appreciate his service. But I think to lay the blame at President Trump's feet for the division in this nation is a pretty short sighted view of it," Graham said. "This was a divided nation before President Trump got elected. In 1968 major cities were burning down and there was no Antifa and there was no Donald Trump. So we've got problems in this country.

"So this idea of blaming Trump for everything is fashionable, but I think incorrect," Graham added.