Author who Clinton ally sought to silence speaks out: Russiagate was 'designed to assist Clinton campaign'

Following attempts by Clinton ally Sidney Blumenthal to stop his book from being published, author Lee Smith spoke about Russiagate on

Smith discussed the involvement of Stefan Halper, who he claimed was a political operative being paid exorbitant sums of money to help bring down then-candidate Donald Trump, under the cover of conducting "studies" on foreign governments.

"What we see is these are not actual studies -- we hear that he was reportedly the FBI’s confidential source, sent against the Trump campaign," he told host Maria Bartiromo.

A source familiar with the matter told Fox News that Blumenthal claimed the book – “The Plot Against the President: The True Story of How Congressman Devin Nunes Uncovered the Biggest Political Scandal in U.S. History,” by Lee Smith – was defamatory. 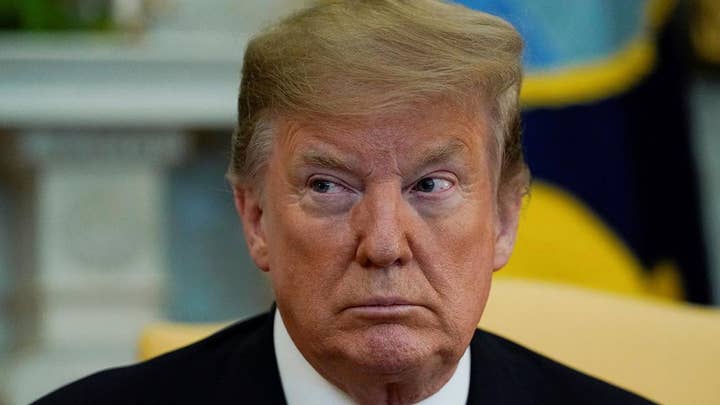 “Blumenthal tried to stop it from being published,” the source told Fox News, saying the Hillary Clinton confidant sent threatening letters to Smith and publisher Center Street, a division of Hachette Book Group.

Fox News reached out to Blumenthal, who did not immediately respond.

“The Clinton machine wanted to intimidate Lee,” the source said. Smith himself would not discuss the legal threat but stipulated that the Clinton camp is standing firm against his book.

“People in the Clinton world are keen for this book not to come out,” Smith said.

Smith also claimed Halper targeted former Trump national security adviser Michael Flynn and entrapped him because Flynn was aware of corrupt deep-state activity, and knew there were large amounts of money being misappropriated for political reasons.

"I believe [Halper is] actually the center of the Russiagate operation and we first see him start to appear as he is targeting Gen. Flynn. And now we understand... why the deep state needed to target Gen. Flynn," he said earlier in the interview. "Because he understood the kinds of programs that they were using and how they were misspending their money and Halper is representative of that."

Halper was paid $244,000 to write a study on Russia and China, which Smith said was not commensurate with that kind of academic work.