Clinton family associate Sidney Blumenthal has made legal threats to the publisher of a forthcoming book featuring allegations against Democrats in connection with the Russia investigation in an attempt to stop publication, Fox News has learned.

A source familiar with the matter told Fox News that Blumenthal claimed the book – “The Plot Against the President: The True Story of How Congressman Devin Nunes Uncovered the Biggest Political Scandal in U.S. History,” by Lee Smith – was defamatory.

“Blumenthal tried to stop it from being published,” the source told Fox News, saying the Hillary Clinton confidant sent threatening letters to Smith and publisher Center Street, a division of Hachette Book Group.

Fox News reached out to Blumenthal, who did not immediately respond. 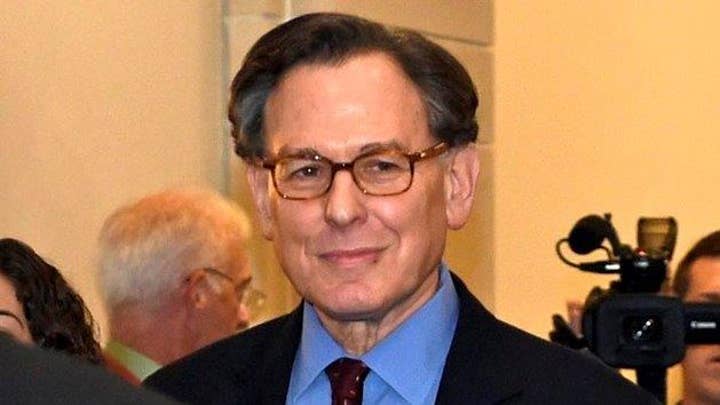 The book, which is scheduled for release Oct. 29, includes allegations about the origin of the Russia probe and the involvement of Democratic operatives with the unverified anti-Trump dossier compiled by former British spy Christopher Steele. The source said that the publisher’s legal team found Blumenthal’s legal claim “meritless,” and they intend to release the book as planned.

Center Street has not responded to Fox News’ request for comment.

“The Clinton machine wanted to intimidate Lee,” the source said.

Smith himself would not discuss any purported legal threats, but acknowledged opposition to the book from those in the Clintons' orbit.

“People in the Clinton world are keen for this book not to come out,” Smith said.

Blumenthal has been linked to the Russia investigation in the past, as former Rep. Trey Gowdy, R-S.C., implied in a 2018 Fox News interview that the Clinton confidant was a key link in the chain of information that helped create the Steele dossier.