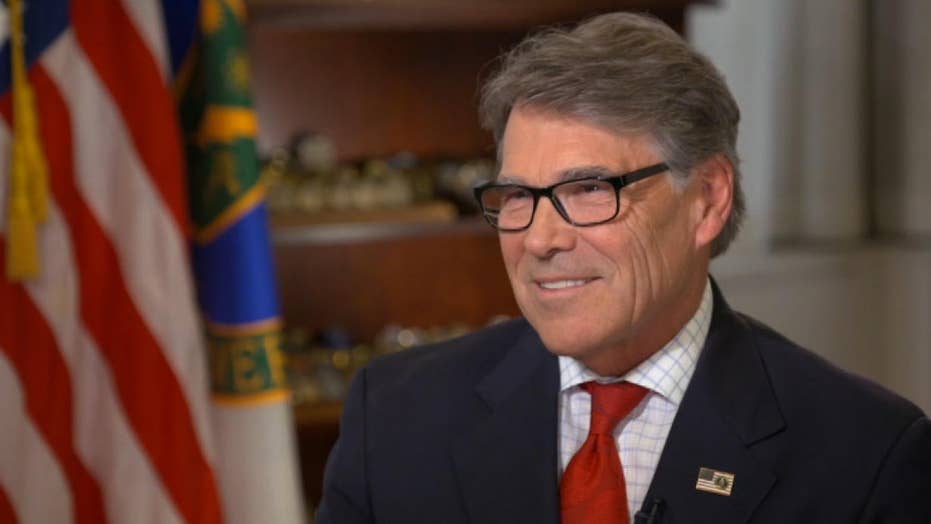 During an interview, the first part which aired on Saturday, Perry said that "this president understood that American LNG could really impact the emissions issue in Europe."

According to Perry, President Trump specifically directed him during the transition to make American energy successful like it was for his home state of Texas.

"Here's what he said when I was sitting in his office getting interviewed back in December of 2016 -- he said: 'Perry, here's what I want you to do, I want you to go do for American energy what you did for Texas.' And I said, 'I got it, Mr. President,'" Perry recalled. The former Texas governor plans to leave the administration by the end of the year.

ENERGY SECRETARY RICK PERRY: 'NOT ONCE WAS THE NAME BURISMA MENTIONED TO ME'

"And that's what we've done. We're selling American LNG now into 36 different countries on five continents," he added before claiming that American LNG helped save Europeans billions of dollars.

"Not only are they not held hostage by Russian gas, they're also saving money," he said.

Perry also claimed that Americans saved more than $200 billion because of regulations and taxes that encouraged the fossil fuel industry to develop that energy source.

During Perry's interview, he also derided 2020 Democrats for promising too many "free" things to the electorate.

“Not once, not once was the name Burisma [or] the Bidens mentioned to me," Perry, the former governor of Texas, said. "Not by the president, not by Rudy Giuliani and not by [U.S. Ambassador to the European Union] Gordon Sondland. And if there's anyone who says anything different, then they're surmising. And that's not a wise thing to do."

Published reports have described Perry, Sondland and former special envoy to Ukraine Kurt Volker as one of "three amigos" trying to set policy outside the official track. During his testimony Wednesday, Sondland produced emails and texts showing the three kept Secretary of State Mike Pompeo and others apprised of their activities.