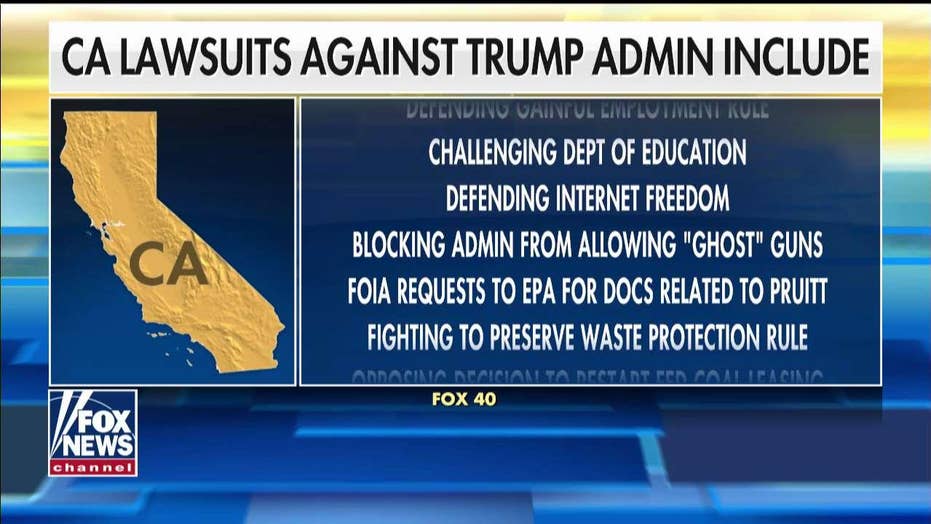 In less than three years, the more than 60 lawsuits filed by California Attorney General Xavier Becerra against the Trump administration have cost state taxpayers $21 million.

Since Trump took office in 2017, Becerra has sued the administration over issues including the president's travel ban, protecting DACA and sanctuary cities, fighting family separations at the U.S.-Mexico border and plans to construct the border wall, according to FOX 40 of Sacramento.

As of last May, California has gotten favorable rulings in at least 25 of the cases, The Mercury News of San Jose reported. 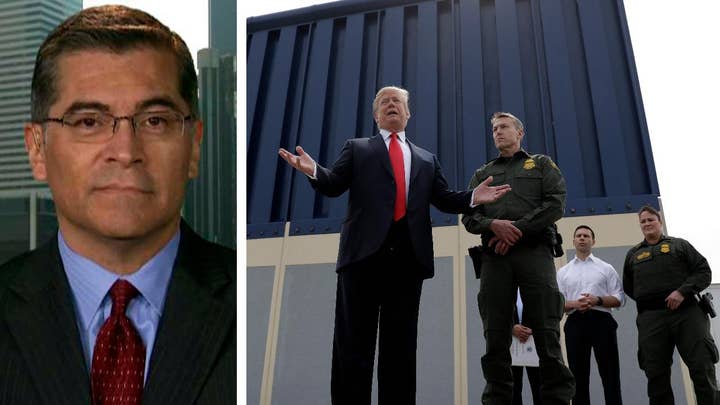 ANDREW YANG WON'T RETURN TO MSNBC UNTIL THEY APOLOGIZE 'ON-AIR'

"It underscores this thing that we're seeing more and more with Democrats these days -- they really would rather posture than actually legislate and it's not just in California," said Hurt.

He told Henry that in examining this "crazy impeachment pursuit,"  House Democrats "have issued more subpoenas in order to pin something on Donald Trump than they have passed legislation that has gone on to become laws."

"And you have perfectly good legislation that would pass the House, pass the Senate -- like the Canada-Mexico trade deal -- Democrats refuse to bring it up because they would rather spend all this time talking about impeachment," said Hurt.

House Speaker Nancy Pelosi, D-Calif., is now saying that the USMCA deal won't come up again in Congress till 2020.

"But, when you look at the number of these cases...[they're] way beyond principle into simply trying to make a brute political point that I think wouldn't even float in regular Democratic circles much less general election circles," he concluded.