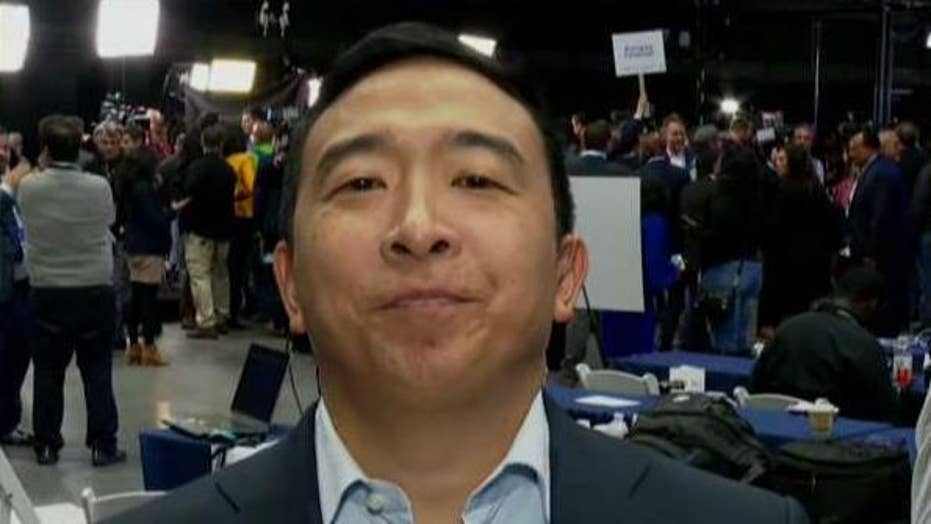 Businessman and 2020 candidate Andrew Yang had a biting response to MSNBC after the network asked him to appear on air amid his campaign's complaints that the network treated him unfairly in its coverage of the Democratic field.

"Was asked to appear on @msnbc this weekend - and told them that I’d be happy to after they apologize on-air, discuss and include our campaign consistent with our polling, and allow surrogates from our campaign as they do other candidates’," he said. "They think we need them. We don’t."

Yang and his followers previously attacked MSNBC, noting the relatively low amount of speaking time he had in comparison to other candidates at Wednesday's Democratic debate.

According to a New York Times analysis, Yang spoke for less time (6 minutes, 48 seconds) than any other candidate on the stage. By contrast, the majority of candidates spoke for more than 10 minutes. Only Yang, Rep. Tulsi Gabbard, D-Hawaii, and billionaire Tom Steyer spoke for fewer than 10 minutes.

By Thursday afternoon, a hashtag trended on Twitter: #MSNBCFearsYang.

Prior to that debate, the network excluded Yang from a graphic on polling and one previewing the debate.

The network attempted to apologize on Sunday but faced mockery from Yang's campaign manager. "Thank you @MSNBC, for making this apology for the 15th time. The #YangGang is very excited for #16," campaign manager Zach Graumann said.