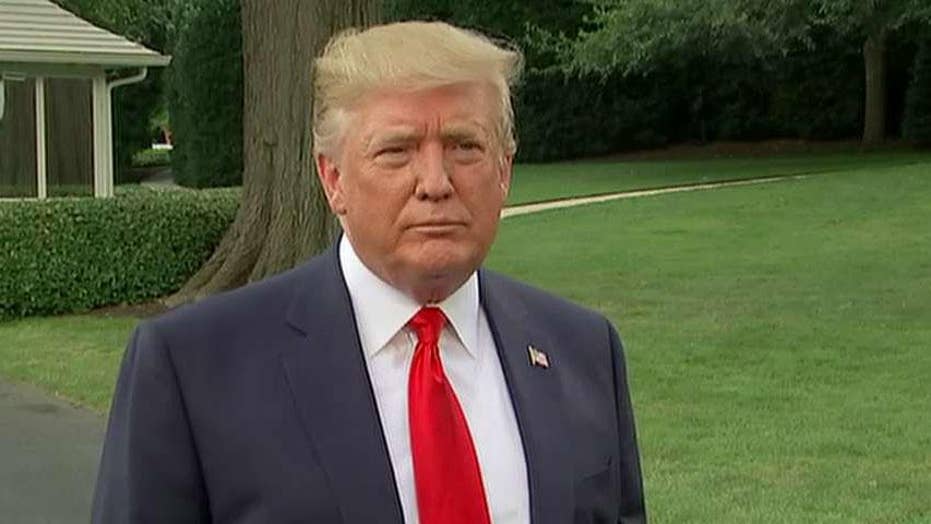 Retired Marine Johnny "Joey" Jones put the concerns of some progressive activists in America in perspective Saturday while discussing the Hong Kong protests on "Cavuto Live."

"Here are these people in Hong Kong just trying to have some semblance of freedom, and I think it's a pretty amazing thing that in 2019 we're watching this. [We're] one of the major powers in the world, and yet we're calling it 'oppression' whether or not we have bathrooms that are labeled 'non-binary,'" Jones told Fox News host Neil Cavuto.

For Jones, a former staff sergeant and Fox contributor, the Hong Kong protests provided an opportunity to reflect on how lucky he was to be born in the United States.

"I've seen some of the worst places, and I get to come home to it," he said of America.

Cavuto, who asked Jones what he thought of the protests, hailed the answer. "You know, Joey. I've asked this question of virtually every guest for the last couple of weeks. I think that is the most brilliant response I've heard -- put it in perspective. Things could be a hell of a lot worse," Cavuto said.

"I don't think there's anything to be gained by Tulsi Gabbard taking exception with the president being cozy to Saudi Arabia and calling it supporting Al Qaeda," he said.

Politicians, he said, should focus instead on the common goal of combating Al Qaeda.