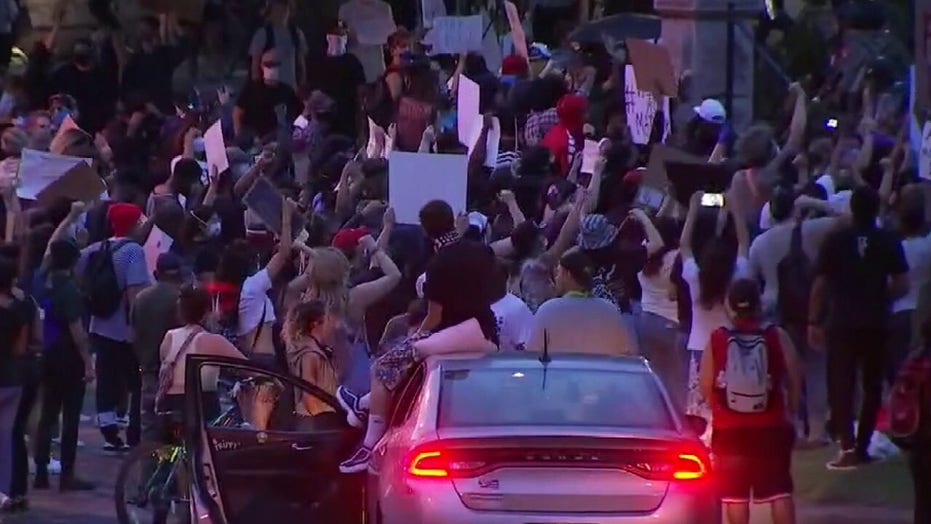 The coronavirus pandemic received wall-to-wall coverage by the mainstream media until it was overtaken by the mass protests of the in-custody death of George Floyd that have sparked chaos across the country. But critics say that by largely dismissing social distancing concerns when it comes to the mass demonstrations, after highlighting those concerns when it came to demonstrations against the restrictions associated with the nationwide economic shutdown, the mainstream media are exhibiting a double-standard in their coverage.

"The riots have ripped the mask off the mainstream media politicized coronavirus hysteria. When it was politically convenient, the media shamed and attacked people who wanted to reopen their stores or even gather at the beach,” Cornell Law School professor and media critic William A. Jacobson told Fox News. “Now that rioters and looters are gathering in large numbers, the media no longer cares about social distancing, because the media sympathizes with them.”

“Now that rioters and looters are gathering in large numbers, the media no longer cares about social distancing, because the media sympathizes with them.”

Over the past few weeks, Washington Times columnist Tim Young has traveled around America documenting how particular cities have reacted to the coronavirus pandemic. He made it from Dallas to Los Angeles to Washington state but pivoted and headed to Minneapolis once it became the epicenter of the news cycle. Along the way, Young noticed that the mainstream media acts like “it's the end of the world when conservatives don’t wear masks” but don’t seem to mind if the virus spreads during violent protests.

“Their dropping of mask shaming, social distancing and coronavirus fears as soon as the riots began shows that they have a left-leaning agenda," Young told Fox News.

DePauw University professor and media critic Jeffrey McCall says it is understandable that the violent protests and riots have taken center stage when it comes to news coverage, but notes coverage of the participants’ social distancing, or lack thereof, should not be abandoned by networks who covered those issues when a different set of protestors were mobilizing to reopen the country.

“The timeliness and dramatic nature of the protests around the country demand extensive coverage, but news editors should not forget the other big story that the nation has been confronting for several months. The protests and the COVID-19 news topics are certainly merged to some extent, given that most big cities are still requiring social distancing and masks,” McCall said.

“The magnitude of the protests does certainly put the coronavirus on the back burner in terms of agenda priority.  But the potential for enhanced virus spread in the large crowds is an aspect of the story that needs some measured attention at some point, as it was when the anti-lockdown protesters were gathered in public,” McCall added. “It is also worth analyzing how little clout government officials actually have to keep people off the streets when societal cooperation breaks down because of external circumstances.”

Minneapolis, New York City, Washington, D.C., Chicago, Seattle, Los Angeles, Austin, Philadelphia and Birmingham are among the major cities where protested have turned into chaos. The scale of the coast-to-coast protests rivaled the historic demonstrations of the civil rights and Vietnam War eras — but this time they’re occurring alongside a global pandemic that consumed the media for months. 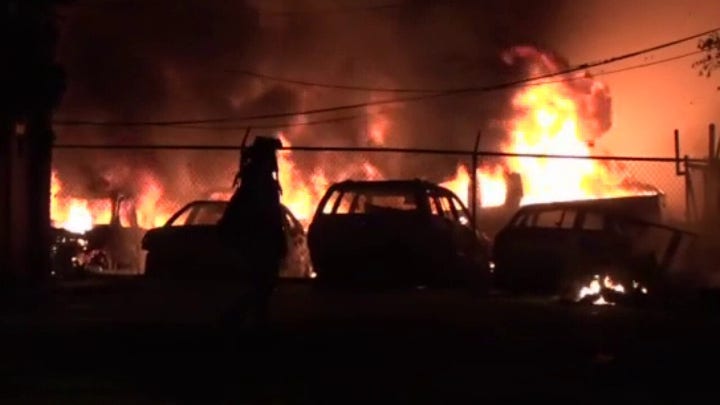 “They've moved on from the virus because to keep reporting with the same vigor means they'd have to call out Black Lives Matter protesters and their psychopathic Antifa brethren. And that's just not done in the lefty confines of victim-oriented journalism,” Gainor told Fox News. “It turns out the media actually don't give a damn about coronavirus — when leftists are ignoring the rules.”

Republican strategist Caleb Hull was on the ground Saturday night as chaos erupted in Washington D.C., where he set out to stream the protests on social media. “There’s a huge double standard in the media,” Hull said, as he provided Fox News with a photo of CNN’s Jim Acosta engaging with what appear to be protestors while not wearing a mask himself. Hull said the photo was taken on Friday night in the nation’s capital.

The network had made a habit of broadcasting on-screen graphics such as “crowds across U.S. ignores guidelines, spark fears of spread” and “Americans flock to public places as death toll nears 100,000” — but that type of content has dwindled. NewsBuster managing editor Curtis Houck has closely monitored CNN’s coverage.

“If I was told a week ago that CNN would not only end its wall-to-wall pandemic coverage, but end its social distance shaming, I would have laughed you off as a fraud and shameless liar,” Houck told Fox News. “But here we are.”