Writer Lauren Duca taught a class called "The Feminist Journalist" at New York University during the summer and it reportedly didn't go well -- according to some of her former students.

Several of them filed an official complaint with the university and, in statements to BuzzFeed News, portrayed Duca as a temperamental oversharer who wouldn't read any of the assignments they submitted to her.

The official complaint reportedly cited a "consistent lack of professionalism" and expressed disappointment with NYU for hiring someone like Duca.

More detailed complaints were shared with BuzzFeed, which published a lengthy profile on the feminist writer on Tuesday.

“There was no syllabus or clear expectations of what she would be teaching us. The class kind of banded together to teach each other things so that we weren’t the subject of Lauren’s wrath," one student reportedly said.

Students described her course as a "waste of six weeks," "a master class in Lauren Duca's personal life," while also saying she would disappear for 30 to 45 minutes to meditate. One student said that Duca "is that 'worst idea' that conservatives think liberals are."

While Duca admitted she took 15 minutes for meditation and claimed she read all the assignments, she explained her course in radically different terms.

“I created a dynamic, experimental, ever-evolving course structure that pulled from my syllabus, added things in based on our conversation and allowed each of them to individually craft their pieces, and I watched the pieces evolve over the course of the semester,” she told BuzzFeed. 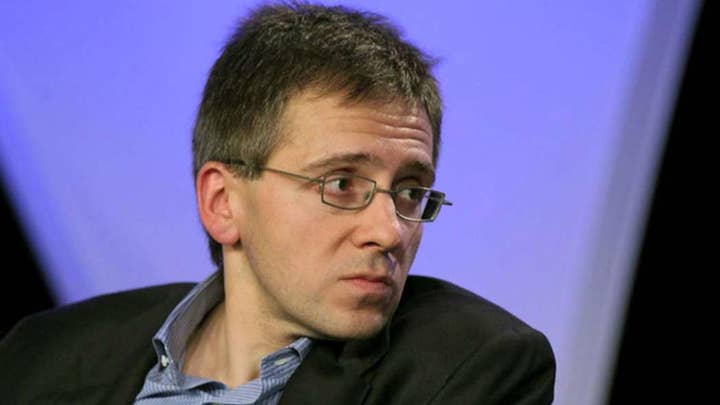 As for whether the class achieved its "objective," Duca indicated students may have just not realized they were internalizing them. “I think that they, on some level, internalized some of the objectives, whether they know that explicitly or not," Duca reportedly said.

NYU acknowledged the official complaint, according to BuzzFeed, and has reached out to speak to one of the students in person. On Twitter, Duca didn't respond to BuzzFeed's profile after it was published.

DAN GAINOR: SOME 'JOURNALISTS' HAPPY TO PITCH IN ON LAST-DITCH HIT JOB ON KAVANAUGH

"The quality of the classroom experience is something we take very seriously, and we place a high priority on ensuring that instruction given in our classes helps prepare students for their careers," Conover said in a statement provided to Fox News.

"We received a complaint pertaining to Ms. Duca's course late last week; I have reached out to the student who sent it to me - the only one I have heard from directly regarding this course - and am eager to understand more about the problems she has cited.

"After the review of this matter is complete, we will determine the course of action that is in the best interests of our students and their education; if there were problems, we don't want our students experiencing them again."

According to NYU's website, Duca's syllabus planned for students to review a variety of materials, including her own op-eds.

"Through two writing assignments and a fully-conceptualized social media presence, the Feminist Journalist will establish the imperative of interconnected motivations in the ideology of feminism and practice of journalism in the totality of the writer’s communication with the world," Duca's syllabus read.

Duca also unloaded on BuzzFeed reporter Scaachi Koul after she pressed her on details surrounding the official complaint. “You should put in there that my tone was expressly p---ed off and frustrated,” Duca reportedly said during a phone conversation with Koul.

“You're being so f-----g hard on me, Scaachi, and I really, really, really, really would ask you if you would be grilling a man in this same way. It's amazing. The s--- that I have endured to continue to sustain a voice where I'm just fighting every inch for the same thing that I think that you want, which is public power and equality, and I'm trying my g-----n best, okay?”

After the line went silent and Koul asked Duca if she was still there, Duca mockingly congratulated her.  “Congratulations, you thrillingly, thrillingly adept journalist, you have discovered that Lauren Duca is not perfect. Put it in the headline, baby," she said.

Duca has also called the Republican Party a "terrorist organization" and blasted renowned pastor Billy Graham, telling him to "have fun in Hell" after his death.