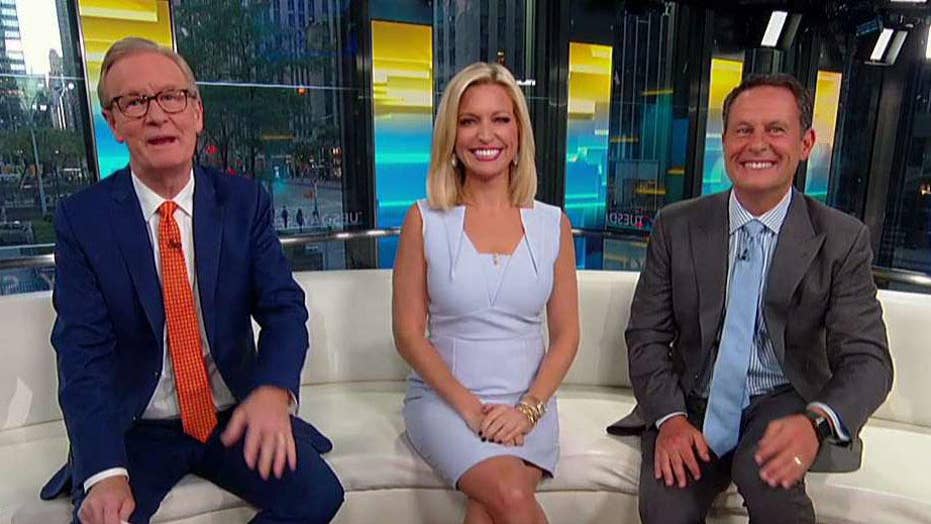 The president calls for the resignations of everyone involved in the 'Kavanaugh smear story' at his New Mexico rally.

One of the reporters behind The New York Times' controversial piece on Supreme Court Justice Brett Kavanaugh admitted Tuesday that she also wrote a tweet that sparked fierce backlash on social media.

Last week, The Times faced swift condemnation for a now-deleted tweet that referred to Kavanaugh's alleged actions as "harmless fun."

"Having a penis thrust in your face at a drunken dorm party may seem like harmless fun. But when Brett Kavanaugh did it to her, Deborah Ramirez says, it confirmed that she didn't belong at Yale in the first place," the tweet read.

NYT cultural reporter Robin Pogrebin appeared alongside her colleague Kate Kelly on "The View," where she confirmed earlier reports that she herself wrote that tweet.

NYT REPORTERS BEHIND KAVANAUGH STORY GRILLED ON 'THE VIEW,' BLAME 'OVERSIGHT' BY EDITORS

“It was a misworded tweet, but what happens at The Times is the reporters are asked to draft tweets and we’re also asked to draft suggested headlines," Pogrebin said.

"They don’t always get used, they don't always get sent out, they often don’t. I drafted this with this in mind to have the opposite effect, which is to anticipate those who would say, ‘A guy pulling down his pants at a party when they’re drunk is on the spectrum of sexual misconduct. It’s not sexual assault. It’s not rape. What’s the big deal?'”

She then explained that the tweet was meant to be in the context of accuser Deborah Ramirez's experience, particularly as a lower-income woman of color.

"So having that happen and to have people laugh at her and target her was actually hugely meaningful and made an impact on her life for the rest of her life," Pogrebin said. "So for those who minimize it and dismiss it, I was trying to help them understand that it had the opposite effect and seemed to undermine her experience.”