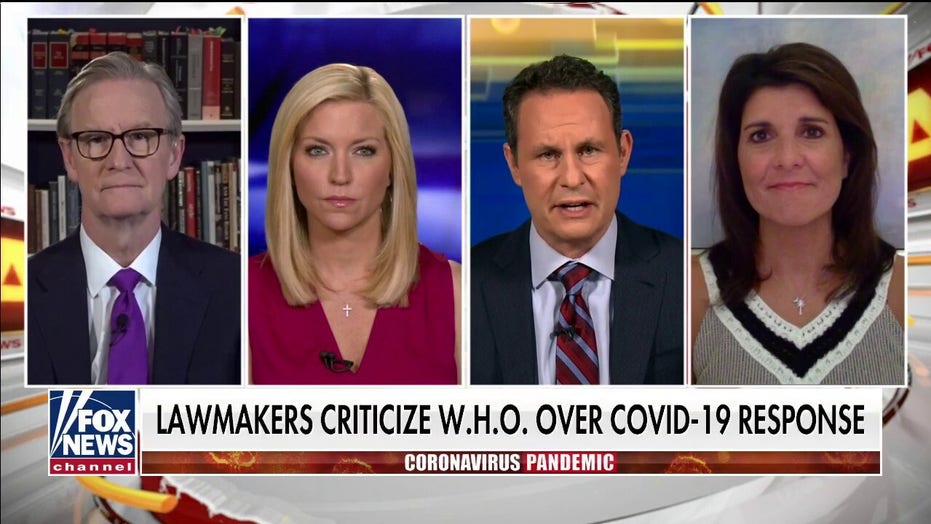 The United States deserves answers from the World Health Organization about their response to the COVID-19 pandemic, former Ambassador to the United Nations Nikki Haley stated Friday.

Appearing on "Fox & Friends" with hosts Steve Doocy, Ainsley Earhardt and Brian Kilmeade, Haley said that Sen. Jim Risch, R-Idaho., was right in calling for an independent investigation into the actions of these officials.

Risch's comments came as a Senate Foreign Relations Subcommittee is urging W.H.O Chief Dr. Tedros Adhanom Ghebreyesus.to resign following a testy back-and-forth in news conferences between Tedros and President Trump. Trump had initially criticized the organization in the wake of the pandemic and later threatened to withhold America's funding.

In response to a question about the president's comments earlier this week, Tedros warned against politicizing the health crisis "if you don't want to have many more body bags."

"I mean, look at the timeline," Haley exclaimed. "You have got December 30th: Taiwan goes and tells the WHO, 'We believe and have evidence that there is human-to-human transmission.' Then you have January 14th: The head of the WHO, Tedros, says, 'We don't see any evidence of human-to-human transmission. Then you go a week later and they have an emergency meeting to decide if this is an international crisis."

"And, the idea that he went back after the president and said, you know, do you want to see more body bags?" she asked. "I have dealt with those guys at the UN for a long time. That's what they do. They turn the tables whenever they are criticized and they have to be held accountable, just like we would hold any American agency accountable."

"This was a world pandemic that they could have stopped as soon as a month prior. We pay 22 percent of the WHO. [It] doesn't mean who pays the most gets what they want, but it does mean that we deserve answers and we deserve to hold them accountable," Haley concluded. "And he has a lot of questions to answer right now."

Worldwide deaths from the coronavirus are now nearing 100,000 people. As of Thursday night, the United States had recorded more than 460,000 confirmed cases with over 16,000 deaths.