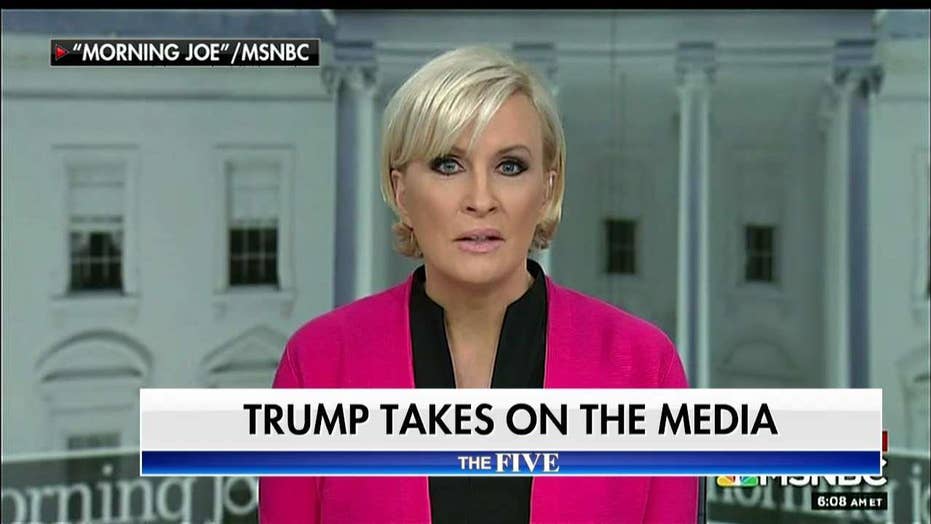 MSNBC host Mika Brzezinski Tuesday shockingly floated the idea that President Trump -- despite his speech denouncing white supremacy on the previous day -- actually wanted white nationalists to carry out attacks like the mass shooting that left more than 20 dead in El Paso, Texas on Saturday.

“You have to ask the question, Joe, and I’ll ask you, isn’t it okay to deduce that at this point this is what he wants?” Brzezinski asked on "Morning Joe."

“He is inciting hatred, inciting violence, inciting racism if he doesn’t unequivocally call it off and say, this is wrong and we stand together against this and we are doing this, this and this to help fight hate crimes.”

"I mean this is a president who seems to want these things to happen. How else can this be explained?" she asked.

Before her remarks, she and Scarborough agreed with Washington Post columnist Eugene Robinson in predicting that a "white nationalist 9/11" could happen in the United States. Scarborough added that government officials thought the same.

"If Donald Trump wants people to stop talking about him just using words ... then he needs to speak out against the hatred towards Hispanics. He needs to let people know they are welcome in this country. He needs to know that the federal government is going to actually put on the books a terrorism law for domestic terrorism."

Their comments came on the morning after Trump responded to mass shootings in Dayton, Ohio and El Paso, Texas. During that speech, he explicitly condemned white supremacy and called on the nation as a whole to reject it as well. "Now is the time to set destructive partisanship aside — so destructive — and find the courage to answer hatred with unity, devotion, and love.  Our future is in our control," he said.

Brzezinski also seemed to lament Trump's discussion of hate crimes, claiming he didn't clearly lay out how he would fight them. During his speech, Trump said he directed his FBI to "identify all further resources they need to investigate and disrupt hate crimes and domestic terrorism — whatever they need."

HOGAN GIDLEY: DEMOCRATS' CRITICISM OF TRUMP AFTER SHOOTING IS 'DISGUSTING'

Later in his speech, he told Americans that he was directing the Justice Department to pursue action in Congress. "I am also directing the Department of Justice to propose legislation ensuring that those who commit hate crimes and mass murders face the death penalty, and that this capital punishment be delivered quickly, decisively, and without years of needless delay," he said.

Trump also announced this his DOJ would work with state and local officials to identify disturbing behavior and root out mass shooters before they strike.

Brzezinski wasn't the only one to suggest Trump didn't strongly denounce racism and call for unity. Several media figures and Democratic politicians blasted The New York Times after it reported on Trump's speech using the headline "Trump urges unity vs. racism."

The paper later changed the headline and its executive editor described the original as "bad." The subsequent headline read "Trump Condemns White Supremacy but Stops Short of Major Gun Controls."