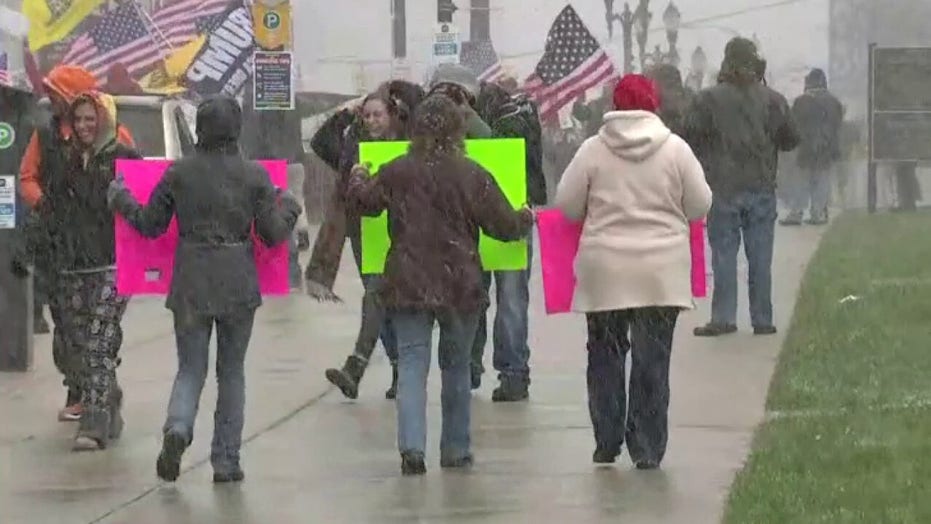 The organizer of Wednesday's massive protest against Michigan Gov. Gretchen Whitmer's coronavirus-induced restrictions told "Your World" Wednesday that the governor's executive orders have been unduly onerous and tyrannical.

"Almost all of the people got into their cars with the people that they have been sheltering with, packed a snack, drove to Lansing to show their protest," she said. "The most fun that they had was in the last 48 hours making signs.

"I have to admit, it felt a little fun for a few minutes, because it has been so depressing," Maddock added. "Michigan has been just under tyranny. We had to lay off seven employees of our own.

"When you look into these cars ... you see a bookstore. You see a coffee shop owner, a small insurance agency owner, a paint store owner, landscapers, bricklayers, I could go on and on," Maddock continued. "These are real people with real families and bills to pay. They have mortgages to pay."

Host Neil Cavuto noted his staff has reached out to Gov. Whitmer to invite her to offer her viewpoint but had not yet received a response.

She criticized Whitmer for wearing a custom-made "That woman from Michigan" T-shirt during an appearance on Comedy Central's "The Daily Show" earlier this month and wondered how unemployed workers felt about the stunt.

"Not to mention that our unemployment system in Michigan is completely archaic and can't service the unemployment. My husband is a state representative. All he is doing his fielding phone calls of people trying to get their unemployment checks. That system is gone," she said.

"Imagine this. She's a governor who is keeping abortion clinics open, but she bans the sale of the American flag. To me, that pretty much sums her up."