This comes as U.S. Attorney John Durham's ongoing probe into potential FBI and Justice Department misconduct in the run-up to the 2016 presidential election has transitioned into a full-fledged criminal investigation.

Appearing on "Fox & Friends: Weekend," Tolman told host Ed Henry that what's interesting about Flynn's conviction is that the government "has to prove that it was knowingly and willfully a misrepresentation by Flynn."

"How was it willful if he thinks he's having a conversation that is not an interview with a federal agency?" he asked. 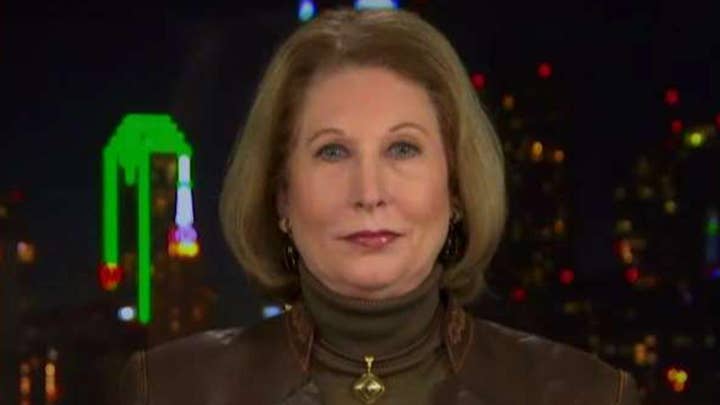 Whether the combative filings will persuade the court in a case where Flynn has already pleaded guilty remains to be seen.

Prosecutors have rejected claims they're hiding evidence, saying "the government has exceeded its discovery and disclosure obligations in this matter," including by providing Flynn with thousands of pages of documents.

However, Flynn's lawyer Sidney Powell is hammering the FBI and DOJ over media leaks and referenced a purported conversation between former Director of National Intelligence James Clapper and Washington Post reporter David Ignatius, claiming Clapper told the reporter “words to the effect of 'take the kill shot on Flynn,'” after he reportedly obtained the transcript of Flynn’s phone calls.

A spokesman for Clapper disputed that report, telling Fox News that he "absolutely did not say those words to David Ignatius."

Tolman told Henry: "It's chilling, and it should give us concern whether we're Democrat or Republican in this country, that those with the most powerful tools we grant our investigators or our agencies, that you may have operatives or intelligence community working with the FBI to come up with and to conspire to take down either a sitting president or those in his campaign."

"To do that, with the laws that we have, should concern all of us," Tolman said.

"We, as a country, want to know that those who have that kind of power are not above the law and we can investigate them as much as any ordinary citizen," he added.