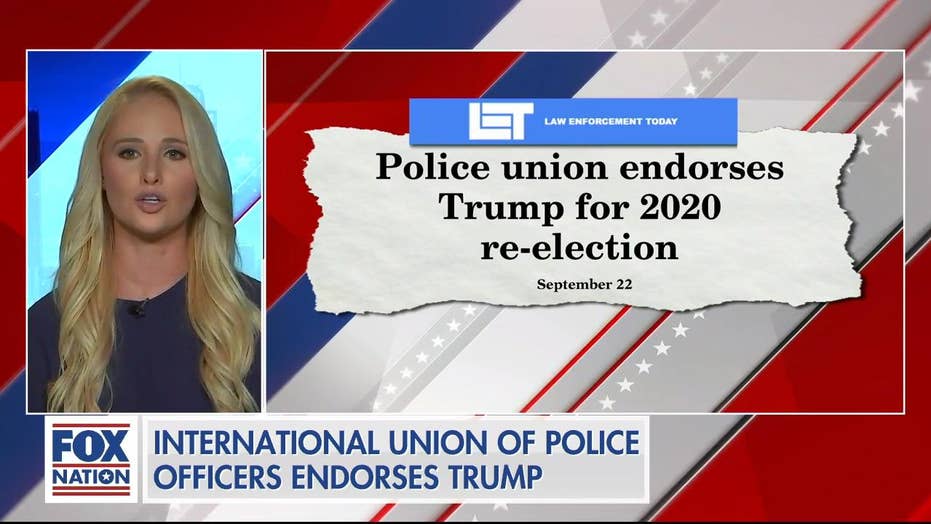 "As an American who values safety, security, sacrifice and the rule of law, there is no single endorsement that means more to me than the International Union of Police Associations," said Lahren. 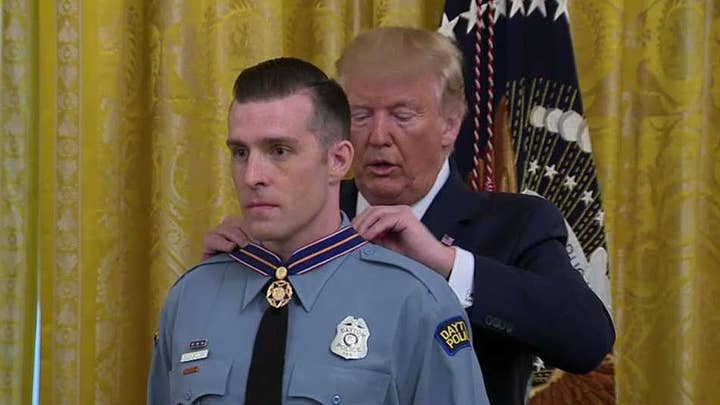 Earlier this month, the union officially announced their endorsement for Trump, praising him for doing "more for law enforcement in the past two and a half years than Obama had done in eight."

Trump “has even undone some of the harmful acts of his predecessor,” he said, taking a jab at former President Obama. 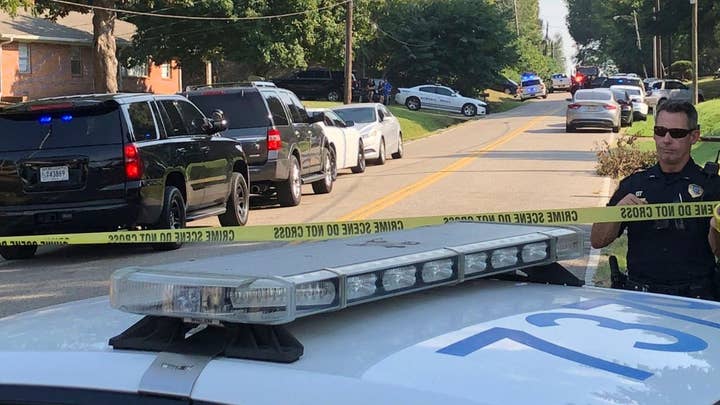 Cabral also criticized Democrats for "vilifying the police" and turning "criminals into victims," and said he found Trump's candor "honest and refreshing."

“Every top Democrat currently running for this office has vilified the police and made criminals out to be victims. They seem to take any unions' support for granted," said Cabral.

“While [Trump's] candor ruffles the feathers of the left, I find it honest and refreshing. He stands with America’s law enforcement officer and we will continue to stand with him," he said.

Lahren agreed and pointed to a recent Democratic debate in which the candidates slammed the police and vowed to change the system when asked about the case of Eric Garner and similar incidents. 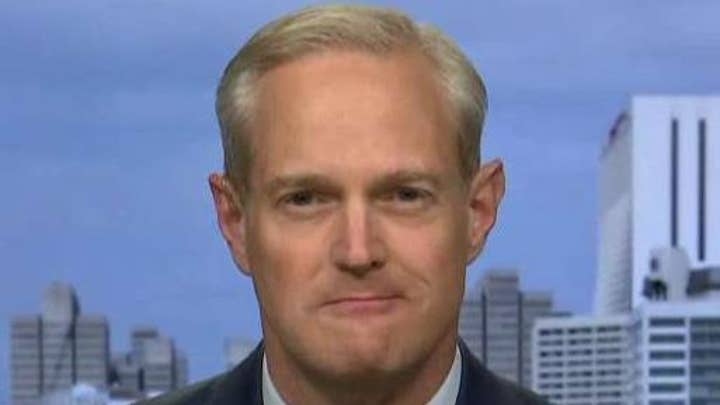 OPED: I BECAME A POLICE OFFICER IN 1989 AND I WOULDN'T DO IT AGAIN

"Absolutely disgraceful and all a part of their felon-coddling, anti-law, and anti-law enforcement agendas that seek to normalize law-breakers while demonizing the men and women who put on that badge and uniform every single day to protect and defend our communities," said Lahren.

Lahren also credited Trump for fighting against the "War on Cops," which she blames Obama for "igniting" due to his "inability to stand up for our officers in the wake of horrific anti-police attacks in Baton Rouge, Dallas and elsewhere."

"Few presidents in our nation’s history, and especially in the last 10 years in the thick of the War on Cops, have supported our brave law enforcement officers quite like President Donald Trump," said Lahren, "...Though, let’s be frank, it’s not hard to be more pro-law enforcement than Barack Obama," she said.

"This president stands for, with, and alongside our officers — not for show, not for optics, not for anything other than his deep love and support for those who risk it all to protect and defend our communities and yet, are routinely demonized and harassed for it."

"Thank goodness for President Trump," she continued. "Amidst all this BS anti-police sentiment and rhetoric we have a president who will proudly back the blue — and believe me, they take notice."

"The thin blue line is easier to hold with the leader of the free world behind it," she concluded.