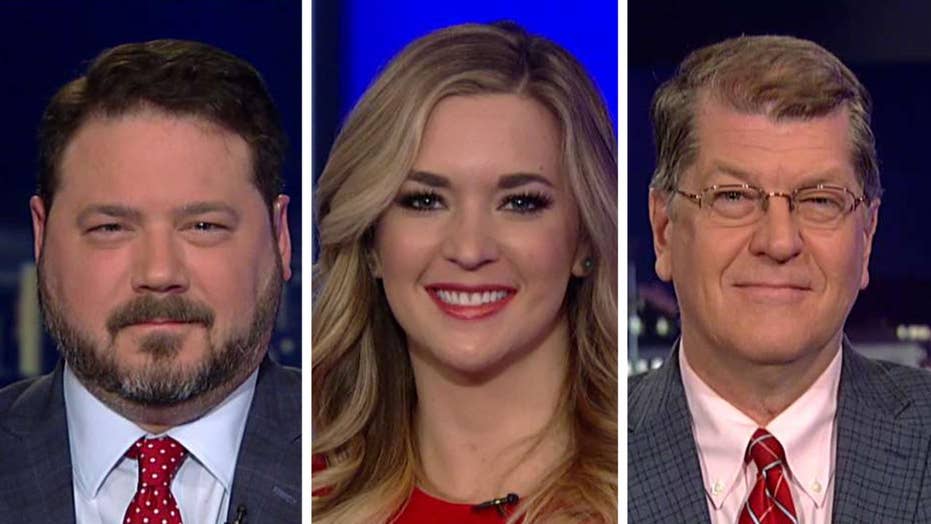 Could Trump be considering pardons for Stone and Flynn? Reaction and analysis from the 'Special Report' all-star panel.

Fox News contributor Katie Pavlich responded to House Speaker Nancy Pelosi's decision to withhold the articles of impeachment from the Senate Tuesday, saying it would only be a matter of time before her "game is exposed."

"Pelosi has tried to portray herself as a fair arbitrator of what's going on in the House," Pavlich said Tuesday on "Special Report."  "She was overseeing this, she made the statement earlier in the year that this had to be something bipartisan ... clearly, that has been completely pushed to the side. No Republicans have voted for impeachment, even skeptical Republicans."

The House voted to impeach Trump last Wednesday, accusing him of committing high crimes and misdemeanors in connection with his efforts to pressure Ukraine to launch politically advantageous investigations. Pelosi, however, has not yet transmitted the articles of impeachment to the GOP-controlled Senate and has indicated that she does not intend to move to the next step in the process until Republicans provide details of their plans for disposal of witnesses and testimony.

"She's [Pelosi's] been arguing that this is about the Constitution," Pavlich said. "Well, there are many things in the Constitution that she is required to do -- one of them is to send the articles of impeachment to the Senate for a trial and every United States citizen is entitled to a speedy trial."

"She keeps claiming that this is not about politics, not about Democrats going after the president, it's about doing the 'right thing'" Pavlich added, "but as she continues this game of withholding the articles to try to get what she wants in the Senate -- after the House did not do all of the work ... her game is being exposed as not having much to stand on."

GOP lawmakers were already fuming at Pelosi over her surprise decision to delay transmitting the articles to the Senate, but in the latest twist, the Democrat-led Judiciary panel alluded to the possibility of additional impeachment articles in briefs filed Monday in connection to their quest for testimony from former White House Counsel Don McGahn and secret grand jury material from former Special Counsel Robert Mueller's Russia investigation.

The latest filings did not detail what additional articles could be considered but stated that even if McGahn’s testimony or the grand jury material do not lead to new articles of impeachment, they could be used in an upcoming Senate impeachment trial.