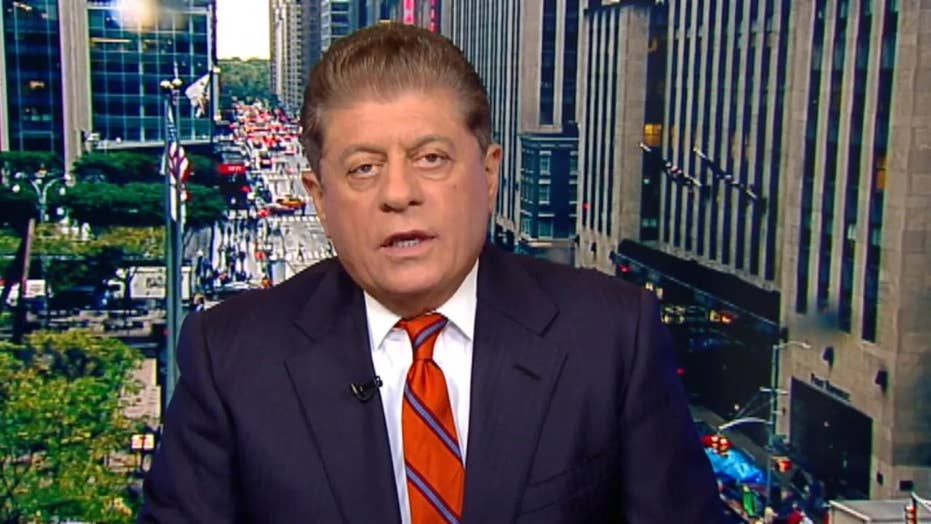 Fox News senior judicial analyst and Fox Nation host Judge Andrew Napolitano backed the legal argument behind a White House letter expected to be sent to House Speaker Nancy Pelosi, D-Calif., arguing that the White House does not have to comply with the Democrats’ impeachment inquiry.

The letter, which may be sent as early as Friday, apparently dares Pelosi to put the question of a formal impeachment inquiry before the House of Representatives for a vote.

On Sept. 24, Pelosi announced that House Democrats would undertake the probe without asking for the support of the members of the House.

Wall Street Journal Editorial Page Editorial Board member Bill McGurn explored the issue on Fox Nation’s “Deep Dive,” saying, “If we're hearing how serious impeachment is -- what does it say for Mrs. Pelosi to do this in a way that's without precedent? It's just a decree on her part."

The White House letter will argue that the White House is not required to comply with the Democrats' investigation because Pelosi hasn't codified the probe with a formal vote on the House floor. 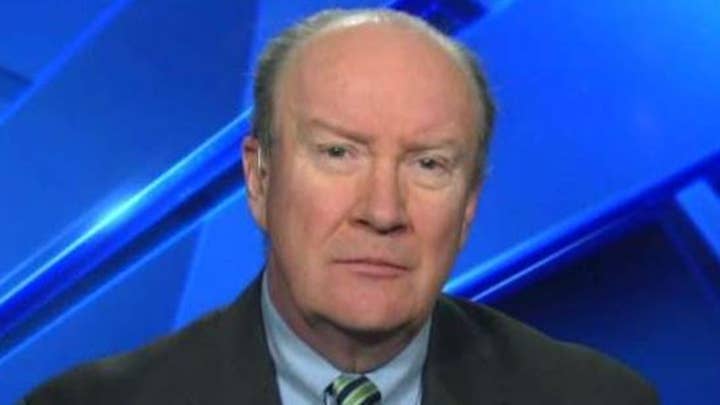 He explained that Speaker Pelosi is not required to put the question of an impeachment inquiry up for a vote, but if she did, and if it was approved by a majority of House members, then her inquiry would be strengthened.

“Mrs. Pelosi is correct that the Constitution does not require a full House vote, before the House begins an impeachment inquiry, but when it does so… without the full House vote it does so based on federal law… that authority comes from statues, not the Constitution. That’s very significant. When an authority comes from a statute there are other statues that can contradict it,” the judge said.

GIULIANI: PELOSI'S IMPEACHMENT INQUIRY DESIGNED TO GET TRUMP AND PROTECT THIS 2020 DEMOCRAT

He said the White House has the legal right to fight the Democrats’ effort to compel their cooperation.

“For example, if the House Intelligence Committee calls Rudy Giuliani to testify before it, I would expect that Giuliani would assert the attorney-client privilege, which is a court rule that comes from a statue… So Giuliani would say ‘Look I don’t have to answer any questions and I don’t have to show you any documents,’ and they would be at a standstill.  And if the committee went to court, I think that Giuliani’s invocation of the attorney-client privilege would prevail,” he said. 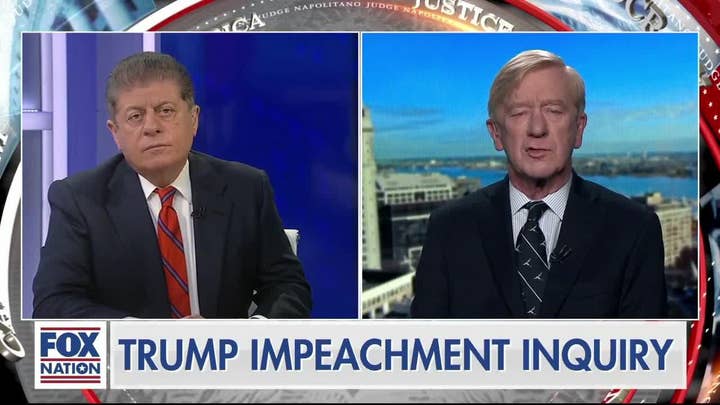 However, if Pelosi put the question of an impeachment inquiry up for a vote and a majority of House members approve it – that changes the game.

“If… the House of Representatives voted by majority vote to proceed with an impeachment inquiry that changes the rules all together. There are no privileges because the House’s right to impeach comes from the Constitution and the Constitution trumps… any statute that would interfere with it.”

The judge concluded, “If the House votes – by majority vote – to proceed with an impeachment inquiry, it will strip the president of almost all of his defenses and enhance its own ability to extract information from a reluctant White House.”

In the latest episode of "Liberty File with Judge Napolitano", the judge spoke with two Republicans mounting presidential primary challenges against President Trump in 2020.

The judge asked them what they make of Democrats' allegations that the president violated his oath of office by asking the president of Ukraine to investigate his political opponent, former Vice President Joe Biden.

Former Massachusetts Gov. Bill Weld said he agrees with the president's critics. "The conduct that the president has engaged in is precisely the sort of conduct that the Framers were worried about and why they put the impeachment and removal power in the hands of Congress. They were worried about, number one, foreign interference... In the Oval Office, the president said that he doesn’t care as much about the interference in the 2016 election, that “everybody does it.” There couldn’t be a more clear instance of inviting foreign interference. And of course, the Ukraine call goes right into the same thing."