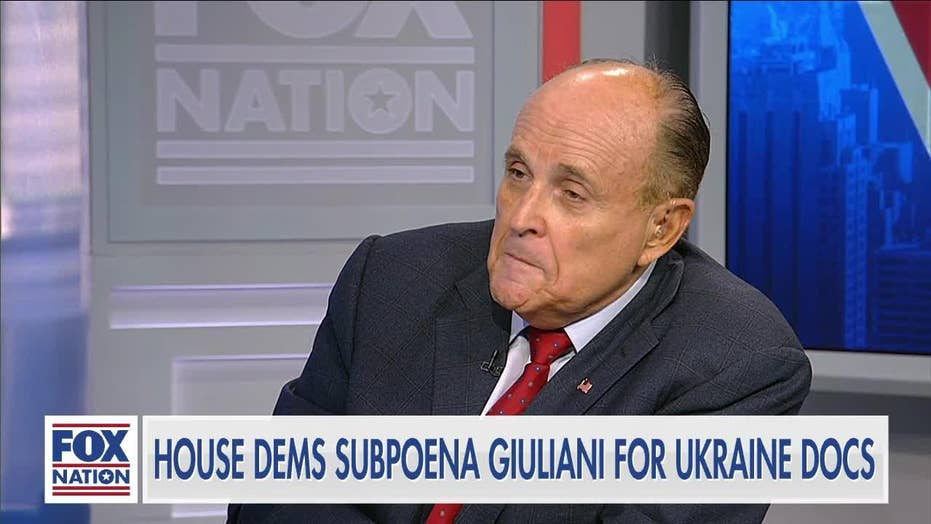 "Basically [Democrats] want to say 'Let's give Biden a pass, like we gave Hillary a pass, like we gave the crooked Clinton Foundation a pass, and what I say is they know the problem," Giuliani said on Fox Nation's "Reality Check with David Webb." "They have a major pay-for-play scheme at the core of the Obama administration.  And you know how Obama goes around saying there were no scandals during his administration... it's going to turn out that he's had scandals that equal the Teapot Dome and they're all worried about it."

On Monday, the Democrat-led House Intelligence Committee issued a subpoena for Giuliani to appear before their panel, as part of Democrats' formal impeachment inquiry announced by House Speaker Nancy Pelosi, D-Calif., last week.

Giuliani and others have pointed out that Pelosi broke from historical precedent by declaring an "official" impeachment inquiry, instead of calling for a full vote in the House to open a formal inquiry, which is how impeachment proceedings have been handled in the recent past.

GREGG JARRETT: TRUMP DID NOT COMMIT AN IMPEACHABLE OFFENSE ON CALL WITH UKRAINE'S PRESIDENT

The Wall Street Journal Editoral Page wrote last week, "This isn’t how impeachment worked against Richard Nixon and Bill Clinton. In those cases, the full House voted to authorize the Judiciary Committee to investigate if impeachment was warranted."

Also missing from the Democrats' current impeachment proceedings is an opportunity for the House minority -- in this case, Republicans -- to participate in the investigation. 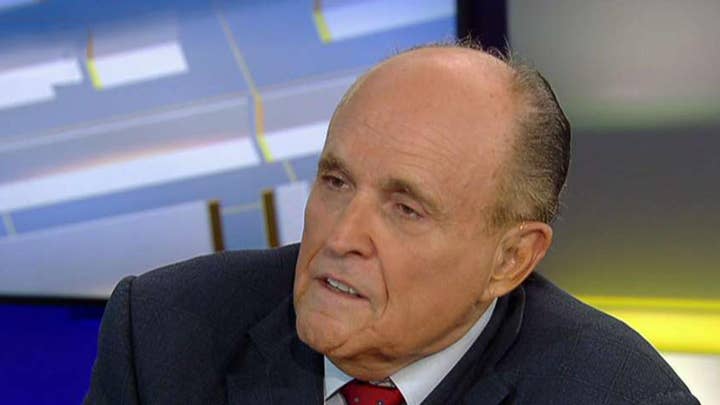 "The [House Intelligence Committee] purports to be a committee...one that's looking at impeaching [Trump], except they never got a vote of Congress, so that deprives the Republicans of subpoena powers," Giuliani said. "See what they did?  How unfair it is? On purpose."

In an appearance Tuesday night on "Hannity," Rep. Devin Nunes, R-Calif., echoed Giuliani's sentiment, telling Sean Hannity, "This is not a real impeachment. This is like a faux impeachment... The House Intelligence Committee is not a place to run impeachment hearings."

Giuliani said he believes Democrats are manipulating the process for partisan purposes to target the president and shield fellow Democrats.

"What they've done is they've handcuffed the Republicans so this can't come out or it only can come out with me," Giuliani continued. "And they are gonna go ahead, and it's a one-sided Star Chamber investigation."

Guliani concluded by saying the proceedings that the Democrats have designed is harmful to U.S. institutions, and the president and his legal team must determine how to move forward.

"We've got a big decision to make. Either way what they're doing is disgraceful," he said. "It's not a game. They're hurting America. They're beginning to eat away at our rights in a very, very bad way."