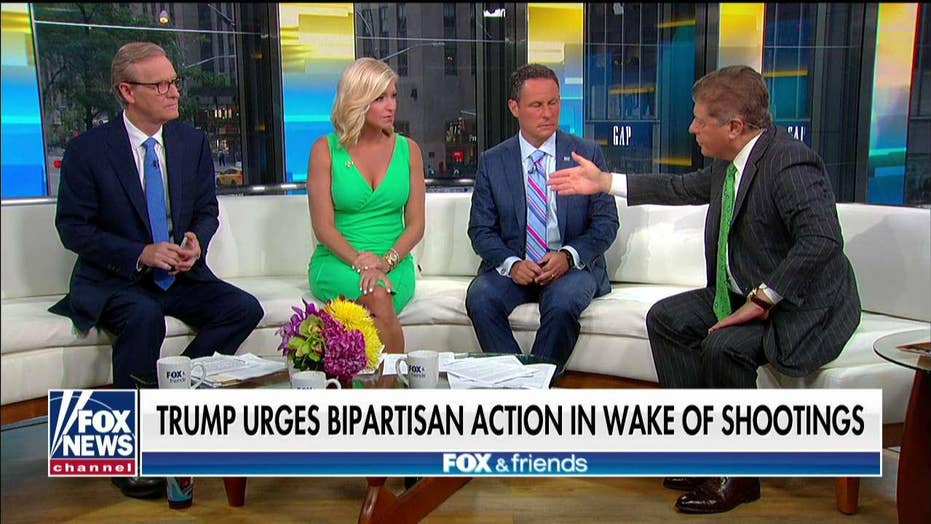 Fox News senior judicial analyst Judge Andrew Napolitano weighed in Tuesday on "Fox & Friends" on the constitutionality of proposed "red flag" laws in the wake of two mass shootings over the weekend in El Paso, Texas, and Dayton, Ohio.

The debate centered around the 24-year-old Dayton shooter, who reportedly was suspended during high school for compiling a “hit list” of those he wanted to kill, and a “rape list” of girls he wanted to sexually assault.

Host Ainsley Earhardt asked whether preventing him from purchasing a firearm would have been "common sense," arguing that there were true "red flags" in this case.

Napolitano said the behavior was "reprehensible," but any legislative change must adhere to the Constitution. He said since the shooter was not charged with a crime, the incidents did not show up on gun databases when he purchased weapons.

"Honest, decent, law-abiding people should not lose their rights because some judge thinks they might do something in the future. That's the Soviet Union model, not the American," he responded. 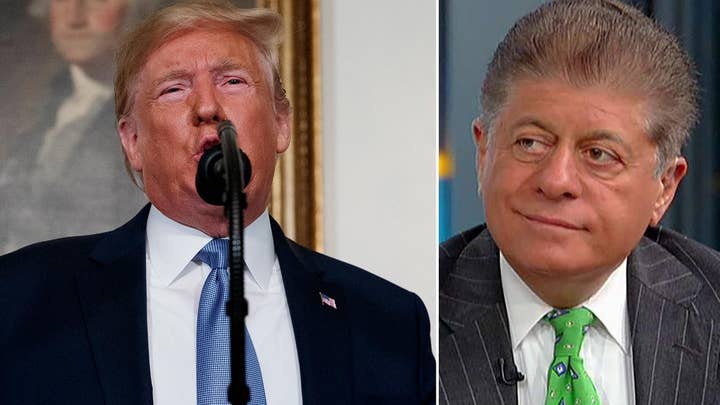 Sens. Lindsey Graham and Richard Blumenthal announced Monday a bipartisan bill that would create a federal grant program to assist states in adopting “red flag” laws, in response to the mass shootings in El Paso, Texas, and Dayton, Ohio over the weekend. 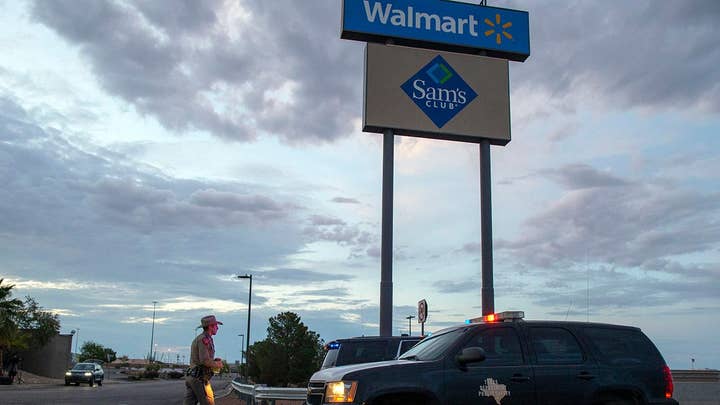 “Many of these shootings involved individuals who showed signs of violent behavior that are either ignored or not followed up. State Red Flag laws will provide the tools for law enforcement to do something about many of these situations before it’s too late,” Graham said, adding that he hopes that “Republican and Democratic colleagues will join us to finally move forward in the effort to keep guns out of the hands of dangerous people.”

Napolitano said any law that deters future crimes is a positive step, but the Constitution must be protected. He said the federal government cannot order the states to enact such laws but can encourage the laws and "pay the states to do it."