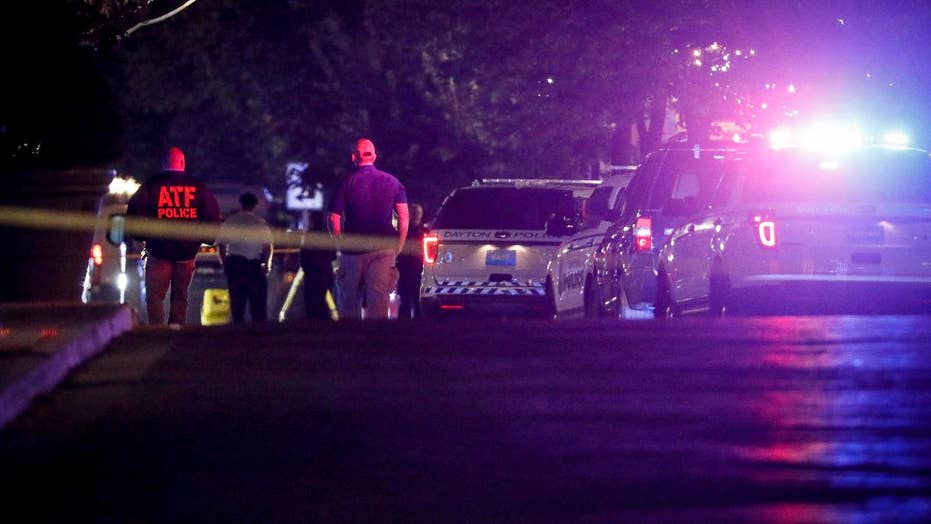 A gunman armed with a rifle with the capacity to hold 100 rounds of ammunition opened fire outside a bar in Dayton, Ohio, killing nine people, including his sister, in the second U.S. mass shooting in fewer than 24 hours.

Connor Betts, armed with a .223-caliber rifle and wearing a bulletproof vest and earplugs, opened fire outside Ned Peppers Bar in the city's Oregon District around 1 a.m. Officers in the area "neutralized" Betts within 30 seconds of the first gunshot being fired, police said.

Here are the heartbreaking stories of victims who died.

Megan Betts was one of nine people killed Sunday  (Facebook)

Megan Betts is the sister of gunman Connor Betts, who was among the first people killed in the shooting.

Police said the siblings arrived at the Oregon District with another friend, but were separated at some point before the shooting.

Wright State University in Dayton revealed that Megan Betts studied earth and environmental sciences and had worked as a tour guide at the Smokejumper Visitor Center in Missoula, Montana this summer. She was an intern through a program run by the Student Conservation Association.

Lois Oglesby was a nursing student who had just returned from maternity leave at a children's daycare center, her cousin, Derasha Merrett, told the Dayton Daily News.

"She was a wonderful mother, a wonderful person," Merrett said. "I have cried so much, I can’t cry anymore.”

She leaves behind a newborn and older daughter. Oglesby aspired to work with children.

The Springfield, Ohio resident was out with family members when he was killed, a sister of one of the shooting victims told the Daily News.

“They were all just down there enjoying themselves and had stepped out of, I think, one of the clubs and were in a line to get some food,” said Twyla Southall.

Logan Turner has just celebrated his birthday on Tuesday and was out with friends Sunday morning, his mother told the Daily News.

He obtained an engineering degree from the University of Toledo and worked as a machinist in Springboro, Danita Turner said.

“He was very generous and loving and the world’s best son,” she said. “Everyone loved Logan. He was a happy go lucky guy.”

“Heart is broken,” he wrote. “Such a great young man lost too soon. Praying for comfort and healing for his family and all of his teammates who loved him so much. Rest easy 78.”

Nicholas Cumer was a graduate student at Saint Francis University in Loretto, Pennsylvania who was working as an intern at a Dayton facility for people battling cancer.

"Nicholas was dedicated to caring for others," university President Malachi Van Tassell said in a statement.

Cumer was recognized at the 2019 Community Engagement Awards among students who had completed more than 100 hours of service, the school said in an announcement of his death.

A mass will be arranged in his memory Malachi said.

Jevin Lamar described his cousin, Thomas McNichols, as “a great father, a great brother — he was a protector,” in an interview with the New York Times.

Thomas McNichols was remembered as a "gentle giant" by family members following his death early Sunday during a mass shooting in Dayton, Ohio. (Facebook)

The 25-year-old was known a "Teejay" and played kickball at family gatherings. His aunt, Donna Johnson, called him a "gentle giant."

The father of four was living with Johnson in Dayton.

People who knew Beatrice Warren-Curtis and Monica Brickhouse described them as close friends.

"I was devastated this morning when I got the news and still don’t feel like I have a heartbeat inside of me. Nicole Curtis and Monica Storey Brickhouse were like two of my work daughters," Tonya Amos posted on Facebook.

Monica Brickhouse and Beatrice Warren-Curtis were both killed during a mass shooting in Dayton, Ohio's entertainment district.  (Facebook)

“I had the opportunity to manage and mentor them for some years. We sat beside each other every day. We have laughed and cried together. Shared life stories and supported each other. These two ladies were very special to me. I’m sad and mad and this senseless loss. I cannot imagine how their families feel if I’m feeling this way. Lord have Mercy," she continued.

Sunday's rampage was the nation's second mass shooting in less than 24 hours after at least 20 people were slain in El Paso, Texas.