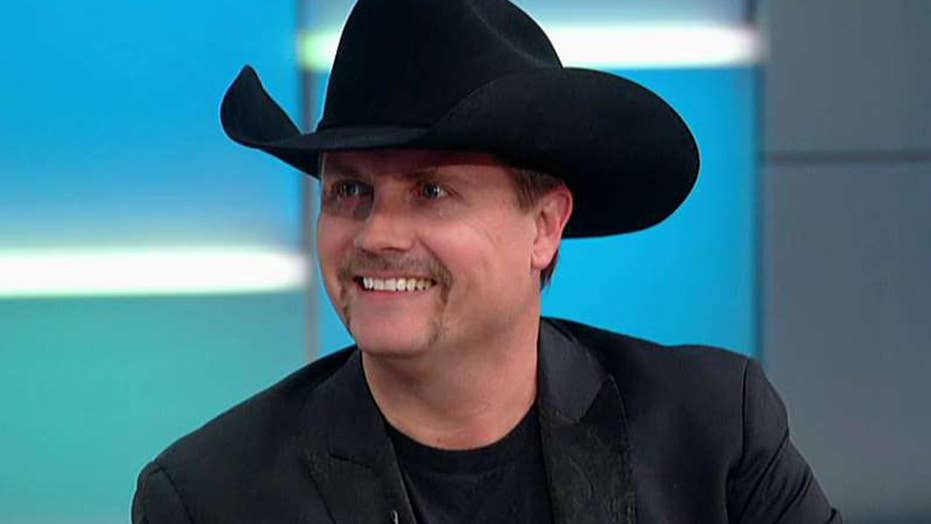 "Your grandmother -- she does what my grandmother used to do -- she puts a little bit of alcohol [in a glass] and she sips," said "Fox and Friends" co-host Ainsley Earhardt.

Rich also said that he is excited to be attending the inaugural Fox Nation Patriot Awards in St. Petersburg, Fla. on Nov. 6.

"I'm bringing my guitar... and I think I am going to be able to sing 'God Bless America,' which is one of my favorite songs and I'll be able to lead everybody in that song."

Fox News and Fox Nation personalities, like Abby Hornacek, Pete Hegseth and the entire "Fox and Friends" crew will also be at the Patriot Awards, which will celebrate modern-day patriotism and give out awards to individuals, who have shown steadfast dedication to our nation.

MUST WATCH: AWARD-WINNING, DISABLED MARINE SAYS HE WANTED HIS LIFE 'TO BE SOMETHING THAT MADE A DIFFERENCE'

Among the award-winners in the category of "veterans service" is restaurant company "Mission BBQ," which stops operation every day at noon, so that all customers and employees can stand for the playing of the National Anthem.

Finally, co-host Steve Doocy asked Rich how he felt about the incredible success of his hit song, "Shut Up About Politics," which was recorded with the help of the hosts of "The Five."

"Gutfeld and I [wrote] this song 'Shut Up About Politics' and I feel that's how a lot of people feel, no matter if they are Democrat or Republican, they're kind of sick of hearing about it," said Rich.  "Let's just shut up for a minute and have a cocktail and remember that we're still all together in this deal."

To learn more about the Patriot Awards and all the award recipients go to Fox Nation. The awards will be announced throughout the week, beginning on Monday, Oct. 28. The event will also be live-streamed on Fox Nation at 7:30 p.m. ET on Wednesday, November 6.