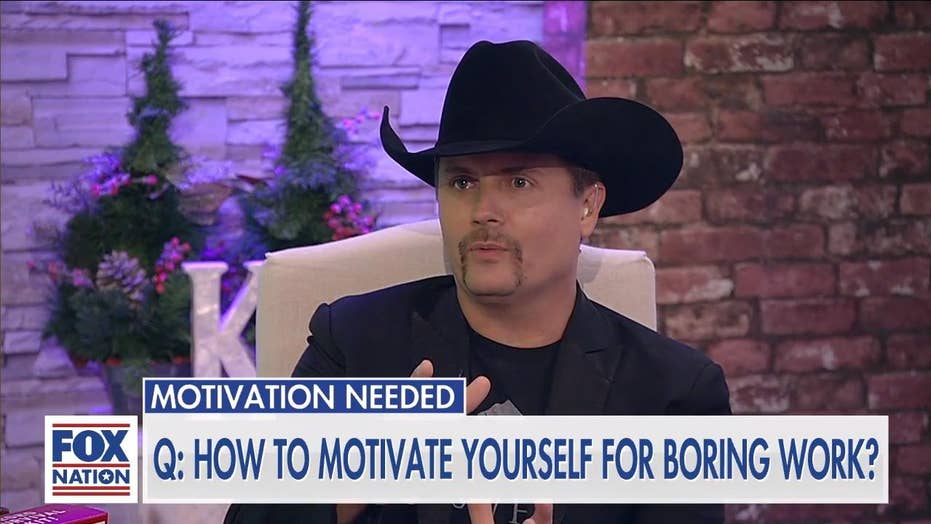 John Rich offers career advice to viewer stuck in 'boring' job: 'It's the American dream...everyone has a shot'

Country music star John Rich has partnered with Fox Nation for a new show on the streaming service, launching in February 2020.

"The Pursuit! With John Rich" will film in his hometown of Nashville, Tennessee, and will feature signature star guests and personal friends of Rich who will delve into their journey of achieving the American dream.

“Joining Fox Nation is a new and exciting venture that I am looking forward to pursuing. Through my program, I hope to further connect with the Fox family and continue to create meaningful content," Rich said in a statement.

One viewer wrote in asking for motivation to do a "boring job," and Rich said it boiled down to what he called "longball, shortball."

"What [they're] dealing with right now is shortball, meaning this is intermediate ... not gonna do this forever," he said.

"But, while you are doing it, be thinking about something that's maybe a bigger idea down the road and chip away at that when you're not at this boring job and you move towards that a little bit at a time. And, if you're lucky, that's where you'll wind up," the musician said.

Timpf said she was able to relate to the viewer's question, and shared a similar personal experience.

"I used to work at restaurants and things like that and it was really boring -- but honestly, the only thing that made me feel better was me giving myself the pep talk, 'Kat this won't be your life forever, you're gonna make it,'" she said. She also encouraged the viewer to "find fulfillment in other areas of their life."

"That's the American dream, right?" Rich added. "Everybody's got the shot to chase down their wildest dream, and, in the meantime, you might be working at a boring job... that's part of it."

Later in the segment, Timpf and Rich disagreed over a solution for another viewer, who asked for direction addressing his "hot boss" at work.

"My boss is a gorgeous bada-- who kills it at her job," the viewer wrote. "I have a major crush on her. She's praised my work ethic many times, but the truth is, I wouldn't be going above and beyond if I didn't have a crush. How should I deal with my developing feelings while remaining professional and respectful? Do I quit my job -- and if so, do I tell her why?"

"First of all," a frustrated Timpf responded, "if you have so little self-control that you need to quit your job, do not tell her why," she said. "You are a human being, you have free will, you have self-control," Timpf continued.

Rich took a different approach, encouraging the viewer to be upfront with his boss.

JOHN RICH ON GIVING BACK TO VETERANS

"You can't say anything," Timpf fired back.

"If you're being complimented by the boss, just say 'by the way, I think you're totally hot,'" Rich encouraged. "That's what I would do but, of course, I don't have a real job, I'm a musician so what do I know," he joked. 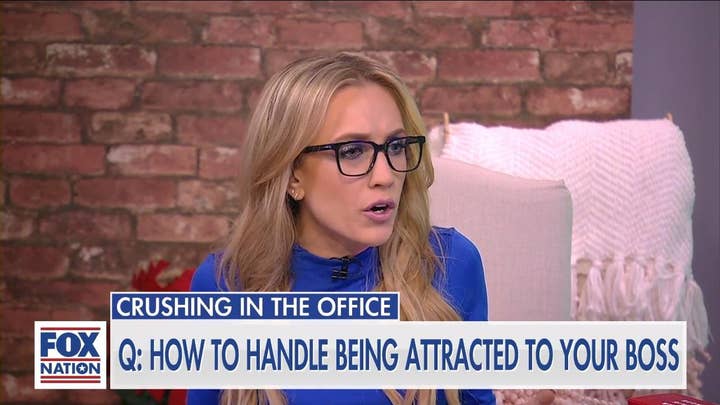 "What if they're meant to be?" Rich asked.

JOHN RICH ON POLITICS: 'SHUT UP FOR A SECOND AND REMEMBER WE'RE ALL IN THIS DEAL'

"He is an adult, he is not a toddler so he does have self-control, and if he can't stay in the job, then quit but don't tell her," Kat fired back.

"I would tell the guy, if it's something you really want to make a move on and risk your job, do it," Rich concluded. "If you find the right person, it lasts a lot longer than a job ... so weigh it out."

For more from Rich and to watch the full episode of "Sincerely Kat," visit Fox Nation and join today.