Cardinal Dolan supports priest who denied Joe Biden Communion, but says he wouldn't have done it

The South Carolina priest who denied 2020 presidential hopeful Joe Biden communion based on his outwardly pro-choice platform, was fully within his rights but might have been able to find a better way to solve the situation, said Cardinal Timothy Dolan on "Fox &amp; Friends."&nbsp;

The South Carolina priest who denied 2020 presidential hopeful Joe Biden communion based on his outwardly pro-choice platform was fully within his rights, but he might have been able to find a better way to solve the issue, Cardinal Timothy Dolan told "Fox & Friends" Thursday.

Earlier this month, Biden and his wife attended Mass at the St. Anthony Catholic Church in Florence during a campaign stop and he was denied Holy Communion after the pastor felt Biden's stance on abortion was at odds with the church's teachings.

"I think that priest had a good point," Dolan told Fox News. "You are publicly at odds with an issue of substance — critical substance. We're talking about life and death in the church. You personally, out of integrity should not approach Holy Communion — because that implies that you're in union with all the church beliefs."

Dolan was also careful not to fully endorse the pastor's actions and said he would have personally taken a different tack and used a more personal approach, rather than making a snap decision in the heat of the moment.

"I never have [denied someone Holy Communion]," Dolan said. "I've never had, what you might call the opportunity or never said, 'uh-oh. Should I give him or her Holy Communion?' It's never come up. [It] sure could." 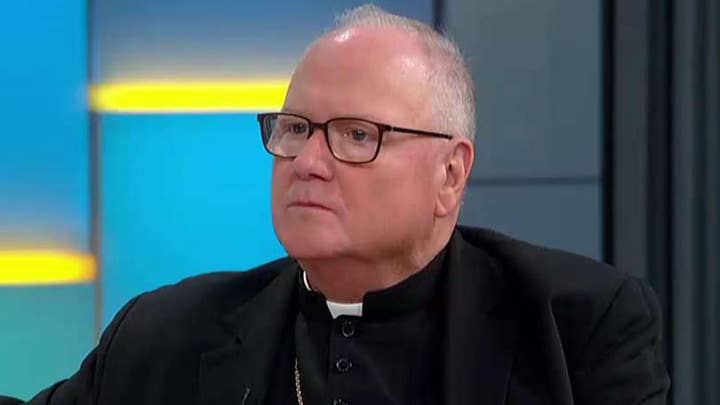 The cardinal said he admires those who don't come up to receive communion because they aren't fully following the teachings of Jesus and the church, but also said the Eucharist is medicine for the soul and claimed all should feel welcome at Christ's table.

"We also remember Pope Francis — 'I personally can never judge the state of a person's soul.' So, it's difficult, that's what I'm saying. I'm not there as a tribunal, as a judge in distributing Holy Communion," Dolan said.

"I'm there as a pastor, as a doctor of souls. So it's difficult to make a judgment on the state of a person's soul. My job is to help people, with clear church teaching, make a decision on the state of their soul and the repercussions of that."

He added, "If only saints could receive Holy Communion, we wouldn't have anybody at Mass, including myself."